Peacock gifts ideas inspired by the beauty of blue peacock, which is one of the most beautiful birds in the world. These peacock themed gifts are perfect for special occasions!

Blue peacocks are one of the most beautiful birds in this world and there is no surprise the blue peacock designs make your gifts look stunning, outstanding and most unique. Those beautiful gifts reflects the beauty of blue peacock feather patterns.

Let us also have a look at some facts and details related to these amazingly beautiful birds first. You can view the peacock themed gifts just below the brief information here.

Blue peacocks or peafowls are generally referred as the Indian peafowls and they are also the national birds of India. These birds are native to South Asia and they are mostly found in the forests of the Indian sub continent and also along the low land areas in Sri Lanka. Blue peafowls generally prefer areas where water is available. The scientific name for blue peafowls is Pavo cristatus.

Before going to the peacock gift ideas inspired by the beauty of blue peacock, few interesting facts on blue peacock birds

It is believed that it is the Phoenician traders who came to India during the time of King Solomon who took few of the birds along with them when they went back and introduced them to Syria and also Egypt.

Peacock population has reduced considerably over years and the Indian peafowls have reduced to about half in number, so now efforts are going on everywhere to save and conserve these precious birds.

See below the most beautiful garden sculpture inspired by the beauty of blue peacock, which will make a wonderful home decor gift for both men and women.

You can see more gifts which reflects the beauty of blue peacock as you scroll down the page.

Peafowls, especially the blue peacocks, have great importance in many cultures. From ancient times, they are very much related to both Indian and Greek mythology.

Blue peacocks and their beauty are described greatly in many Indian legends and also artworks and poetry by veteran artists and poets. It is said that the description of these beautiful birds in Indian art works and poems made the European naturalists think that it was a fictional bird created by the imagination of the artists, until they actually saw the large flying bird which is extraordinarily beautiful. Peacock designs are highly popular in Indian antiques and especially in designer clothes from ancient times.

In Greece, the beautiful peacocks and their plumage are related with the story of goddess Hera. Goddess Hera was married to Zeus, however Zeus fell in love with a fair maiden named Lo. When Hera found out about this, she took Lo to a monster named Argus who had hundred eyes and asked him to keep her in captivity. Zeus wanted to help Lo and so he sent his servant Hermes to rescue Lo. Hermes had to kill Argus to rescue Lo and Hera was deeply saddened by the death of her loyal servant. The hundred eyes of Argus had made him an efficient watchman. Hera decided to transfer his eyes to the tail of her favorite bird, the peacock, in honor of Argus. According to Greek mythology, this is how peacocks got the beautiful designs in their feathers.

The association of peacock feather plumage with the eyes of the monster might be the reason many people consider peacock feathers as a sign of bad luck. Even though this myth can be associated with all peacock species, it is the blue peacocks that are usually referred in Greek legends. The Greeks also associated the blue peacocks with Juno who is the goddess of the sky and stars, due to the appearance of beautiful golden plumage in their feathers in blue background.

In contrast to the association of peacock plumage with bad luck, in Indian culture,  peacocks were always regarded as sacred birds and their presence indicated good luck and prosperity. There   is also a myth associated with peacocks which says not to show peacock feathers to the sky, but instead keep those inside a book!

You can find beautiful throw pillows designed with blue peacock designs which will add much beauty to your bedroom or living room or where ever you want to use them. They also make great gifts for housewarming, weddings, wedding anniversaries and other special occasions.

But if you already have enough throw pillows and don't want any more of them you can also get beautiful pillow cases designed with blue peacock patterns.

See the below throw pillow and pillow cases.

Do you love blue peacock designs?

Peacock Symbolism - Peacock Association With Easter
Peacocks might be the most beautiful birds on earth and they are also large flying birds, but did you know about peacock symbolism and the association of peacocks with Easter?
Updated: 03/10/2018, VioletteRose
Thank you! Would you like to post a comment now?
5

Nice page, Violette! I must have forgotten the story of peacocks in Greek mythology. It's a great one! Also nice how they made their way from India and South East Asia to Egypt with the help of the Phoenicians, and then to Europe, where people believed the bird was invented. Great page! Really enjoyed it :)

These are lovely items you featured for such a lovely animal.

You are so lucky to see the peacock dance while raining! Thank you so much for commenting.

Thanks Violetter Rose for sharing this beautiful post about one of the most beautiful birds on Earth, i always love these birds and have even seen them dancing in the rain which is one of the best events to see. 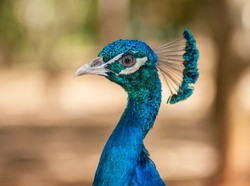 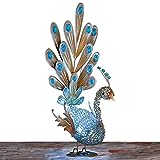