The orb-weaver family Araneidae accounts for one-fourth of all spider species.

Madagascar's orb-weaving spiders emerge as the largest, with a mature length of 4.7 inches (12 centimeters).

They get fed by:

They have to elude such predators as:

Females join 100 to 1,400 eggs in each of one to three silken sacs. Scientists know that spiderlings hatch well after their mother's demise and with web-making skills.

Preferences for herbaceous and woody foliage within extra-polar backyards, forests, and gardens in moist climates and survival amid desert succulents in dry climates let orb-weaving spiders occupy ecological niches as:

Orb-weaving spiders indeed manage food consumption and storage around set-points beyond which behaviors model catch and release, not hoard and hunt. They nudge out web-damaging butterflies once communal or individual needs are met.

Third- to seventh-graders aged 8 to 12 years query orb-weaving spiders in 24 culturally enriching, educationally entertaining pages divided into 10 chapters, glossary and index thanks to:

Macro of Orchard Orb Weaver (Leucauge venusta): in real life, the spider equates to the size of a fly. 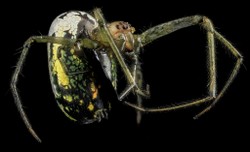 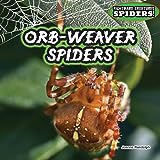 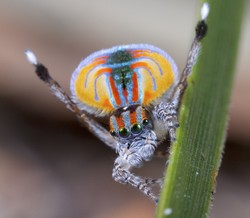 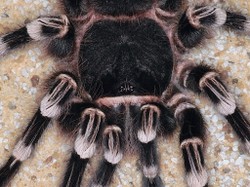