July is a special month in the yearly calendar of the United States of America. The second-largest country on the North American continent celebrates independence as a nation on July 4th, the date in 1776 on which the Second Continental Congress, meeting in Philadelphia, in southeastern Pennsylvania, approved the Declaration of Independence of the American colonies from the British Crown.

With births early in July, the trio also share the zodiac sign of Cancer (Greek: Καρκινος, karkinos, "crab") with their country as well as with Calvin Coolidge.

Cancer constitutes the dimmest of the 12 zodiacal constellations.

Traditionally Western astrology ascribes the eminence of Cancer, as the fourth astrological sign, within the zodiac's annual time frames to the period from June 21 to July 22.

first American president to be born under the sign of Cancer: John Quincy Adams

Both his maternal line, via his grandmother Elizabeth Quincy Smith's (1721 - October 1, 1775) membership in the politically prominent Quincy family, and his paternal birth into the intellectually and politically powerful Adams family, qualified John Q. as a blue-blood.

Fred Kaplan, the acclaimed, award-winning author of Lincoln, returns with John Quincy Adams, an illuminating biography of one of the most overlooked presidents in American history.

As with his father, John Q. suffered the loss of one of his sons in the last year of his presidency: the body of his oldest son, George Washington Adams (April 12, 1801 – June 9, 1829), washed ashore four days after his disappearance on a boat trip to Long Island Sound.

Unlike his father, however, John Quincy Adams did not retire from public office after the presidency. Instead, he successfully sought election for nine terms in the U.S. House of Representatives. Serving for almost 17 years, beginning on March 4, 1831, John Q. died in office.

John Adams and his son, John Quincy Adams, held the unique record of being the only father-and-son presidents for 175 years, until the presidencies of George H.W. Bush and of his son, George W. Bush added another father-son team to the list of White House occupants.

second American president to be born under sign of Cancer: Calvin Coolidge's tenure in the White House was marred by the devastating death of his younger son, Calvin Coolidge Jr., from blood poisoning ensuing from a blister.

Calvin noted in his Autobiography: "When he went the power and the glory of the Presidency went with him" (p. 190).

Calvin Coolidge was born on Thursday, July 4, 1872, in the small east central Vermont town of Plymouth Notch. On the day of his birth, Calvin's country was observing 96 years of nationhood.

After his swearing-in ceremony on March 4, 1921, Calvin served as vice-president for two years four+ months before succeeding to the presidency upon the sudden death of Warren Harding on August 2, 1923.

On December 10, 1926, one year nine+ months after the Republican ticket assumed office, Vice-President Charles Gates Dawes was awarded the Nobel Peace Prize, which he co-shared with Sir Joseph Austen Chamberlain (October 16, 1863 – March 17, 1937), in honor of their involvement in World War I reparations.

Despite enjoying a popular presidency, Calvin famously announced in summer 1927: "I do not choose to run for President in 1928."

third American president to be born under sign of Cancer: "President Gerald R. Ford and his Golden Retriever, Liberty, in the Oval Office"

At the end of July, two weeks and two days after her son’s birth, frightened by her husband’s alcohol-fueled violent temper, Dorothy briefly relocated with her baby to the home of her sister Tannisse (March 4, 1887 - April 14, 1942) and her husband, Clarence Haskins James, in Oak Park, in northeastern Illinois.

Young Gerald segued into politics after devoting four years to the service of his country during World War II (September 1, 1939 – September 2, 1945). Commissioned as an ensign in the U.S. Naval Reserve on Monday, April 13, 1942, Gerald resigned, with the rank of Lieutenant Commander, on Friday, June 28, 1946.

Beginning on Sunday, January 3, 1965, Republican representatives honored Gerald with selection as their House Leader, a position which he held until December 6, 1973.

On December 6, 1973, Gerald's appointment as 40th Vice President of the United States -- to fill the vacancy left by the resignation of Spiro Agnew (November 9, 1918 – September 17, 1996) -- comprised the first invocation of the Twenty-Fifth Amendment, which concerns presidential succession and vice-presidential vacancies.

As 38th President of the United States (August 9, 1974 – January 20, 1977), Gerald holds the unique honor of being the only person serving in the top two positions without election by the Electoral College.

After taking his televised oath of office in the White House's East Room, Gerald acknowledged his position as an unelected president:

Gerald succumbed to age-related illnesses of arteriosclerotic cerebrovascular disease and diffuse arteriosclerosis on the day after Christmas, Tuesday, December 26, 2006, which was also the 34th anniversary of the death of a presidential predecessor, Harry S. Truman (May 8, 1884 – December 26, 1972), 33rd U.S. President (April 12, 1945 – January 20, 1953).

To date, with a life spanning 93 years and 165 days, Gerald holds the record as the longest-lived president.

Wednesday, April 29, 1992: "President Bush walks up the South Lawn towards the Oval Office with his son, George W. Bush."

George Walker Bush, known as “W (Dubya),” was born on Saturday, July 6, 1946, in New Haven, in southwestern Connecticut. He was the firstborn child of Barbara Pierce (born June 8, 1925) and her husband, George Herbert Walker Bush (born June 12, 1924), who was a student in economics at Yale University.

An early tragedy in the Bush family occurred with the untimely death of the second-born child, Pauline Robinson “Robin” Bush (born December 20, 1949), from leukemia, on October 11, 1953.

After serving as a campaign adviser and media liaison on his father’s successful 1988 and unsuccessful 1992 presidential campaigns, “W” decided to seek the governorship of Texas. On Tuesday, January 17, 1995, two years after W’s father exited from the White House, W took office as the 46th Governor of Texas.

Six months later, though, at the 2000 National Convention of the Republican Party, held in Philadelphia, Pennsylvania, from July 31 – August 3rd, W was honored with selection as his party’s presidential nominee.

W's first presidential election mirrored that of John Quincy Adams in that neither of them won the popular vote.

Unlike his father, W succeeded in winning re-election and served two terms as President of the United States (January 20, 2001 – January 20, 2009).

W's election to the presidency qualified his father and him for inclusion in the elite club of father-son presidents hitherto enjoyed only by John Adams and John Quincy Adams.

Since exiting the White House, W also has followed his father's example of retirement from public office.

George W. Bush with the U.S. Senator from Illinois who succeeded him in the presidency and with the Arkansas governor who crushed W's father's presidential re-election bid

George W. Bush jokingly asks about Bill Clinton's comment about "W" in the Rose Garden: "I’ve already figured out how I can get him ['W'] to do some things that he didn’t sign on for."

Conclusion: Cancers in the White House

The United States of America was born on July 4, 1776, under the sign of Cancer.

Four of the forty-four presidents of the United States also have been born in July.

All four presidential births have occurred under the sign of Cancer:

Of this quartet, only Calvin Coolidge was born on Independence Day.

Each century of the United States' existence has witnessed a presidential birth in July under the sign of Cancer.

Will this quartet comprise the United States' Cancer-signed presidents?

Or will future presidents be culled from the sign of the crab?

distinctive y-shape of Cancer, the crab constellation: Till Credner; derivative work by Bedwyr, CC BY SA 3.0, via Wikimedia Commons @ https://commons.wikimedia.org/wiki/File:CancerCC_cropped.jpg

first American president to be born under the sign of Cancer: John Quincy Adams
Glass collodion negative copy c. 1860 of a daguerreotype of John Quincy Adams in 1847 or 1848, attributed to Mathew B. Brady (May 18, 1822 – January 15, 1896)
Brady-Handy photograph collection, Library of Congress, Prints and Photographs Division: No known restrictions on publication, via Library of Congress Prints @ Photographs Online Catalog (PPOC) @ https://www.loc.gov/pictures/item/2017897506/

second American president to be born under sign of Cancer: Calvin Coolidge's tenure in the White House was marred by the devastating death of his younger son, Calvin Coolidge Jr., from blood poisoning ensuing from a blister.
Calvin noted in his Autobiography: "When he went the power and the glory of the Presidency went with him" (p. 190).
1927 posthumous portrait of presidential son Calvin Coolidge Jr. (April 13, 1908-July 7, 1924) by Boston-born American artist Eben Comins (May 19, 1875-April 13, 1949): David Wilson (davidwilson1949), CC BY 2.0, via Flickr @ https://www.flickr.com/photos/[email protected]/8954813144

George W. Bush with the U.S. Senator from Illinois who succeeded him in the presidency and with the Arkansas governor who crushed W's father's presidential re-election bid
George W. Bush jokingly asks about Bill Clinton's comment about "W" in the Rose Garden: "I’ve already figured out how I can get him ['W'] to do some things that he didn’t sign on for."
trio of American presidents united in concern over 2010 Haiti earthquake; Oval Office, White House, January 16, 2010, photo by Peter Joseph Souza (born December 31, 1954): Public Domain, via Wikimedia Commons @ https://commons.wikimedia.org/wiki/File:Obama,_Bush,_and_Clinton_discuss_the_2010_Haiti_earthquake.jpg

Peterson, Dennis L. "The 'Most Wholesome and Best in the American Boy.'" Scouting Magazine: The Way It Was, October 2000.

The Republican Club by Andy Thomas

July the Fourth: Birthday of a Nation and of One President and...

July the Fourth celebrates the birth of the United States as a nation. It was... 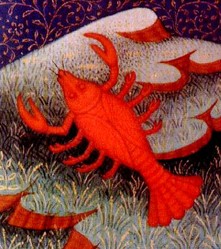 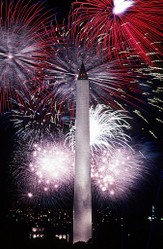 July the Fourth celebrates the birth of the United States as a nation. It was also President Coolidge's birthday, as well as the day on which three U.S. presidents died.
100%  12   14 DerdriuMarriner
Political Leaders