British Bullion is popular and well-known. The Royal Mint now has a nice range to choose from.

The Royal Mint is considered the second oldest operating mint in the world, established by William the Conqueror. The older mint is Monnie de Paris serving France. The reputation of the Royal Mint for quality is unquestionable, it is one of the most renowned mints in the world. Now it appears that the appeal of its coins has increased, perhaps because more people are aware of them, perhaps a result of the queen’s Beasts series.

The bullion program of the Royal Mint consists of a range of desirable coins, and some highly regarded bars. The Queen’s Beasts series has certainly become popular, and the Britannia is still a significant coin. The Sovereign is a longstanding gold coin with a strong reputation. But even more coins are being added as time goes on, and there is an appreciation for them.

The Queen’s Beast is an eleven-coin set of coins.  There are ten Queen’s Beasts, representing royal houses that defend the throne.  The original King’s Beasts were commissioned by Henry VIII, but due to his reputation a modern set have been created.  This series represents the ten current Queen’s Beasts.

An eleventh coin in the series depicting the entire collection of all ten beasts on a single coin has now been added.  Unfortunately, it appears this series in now complete.

Other series include Myths and Legends, the Royal Coat of Arms, the Valiant, the Lunar series, and the Gold Standard, a gold coin featuring a scale.

The Myths and Legends series starts with Robin Hood, the first coin in the series.  Maid Marian is second, and Little John has been announced as forthcoming.

The Lunar series consists of the coin representing the Chinese lunar symbol of the year.

The Royal Coat of Arms, the Valiant, and the Gold Standard maintain their main elements of design annually.

The gold Britannia comes in 0.9999 purity, which is 24-karat gold.  There are three sizes, the one-ounce, the half-ounce, and the tenth-ounce coins.

The gold Queen’s Beasts coins, a series now ending, is a popular series of 0.9999 pure gold coins.  Other choices for 0.9999 gold coins are the Royal Coat of Arms, the Valiant, and the Gold Standard.  These are all available as one-ounce coins.

The silver Britannia is perhaps the best known, and the Britannia is available as a one-ounce fine silver coin.

The Queen’s Beasts is a coin series that is available in two sizes, the two-ounce and the ten-ounce coins.  In addition, the final coin in the series is available as a one-kilogram coin.

The Royal Coat of Arms and the Valiant are available in the one-ounce and the ten-ounce sizes.

The Myths and Legends series and the Lunar series are available in one-ounce silver coins.

Fewer platinum coins are available.  They are minted with a purity of 0.9995, and available for the Britannia, the queen’s Beasts, and the Royal Coat of Arms.  These are commonly found in the one-ounce size, with the tenth-ounce Britannia also being popular.

The Royal Mint does sell most of its bullion directly to the public, unlike many other mints.  The available range is shown at their website, royalmint.com.  In addition, collector versions of many of these as well as other commemorative coins are available on the Royal Mint’s website.  To see the bullion coins one must select “bullion” from the menu.

Find supplies to protect your coins at Black Spaniel Gallery.

Intro image is our own.

I've been thinking about adding gold coins to my savings. The priceof gold just seems to keep going up steadily.

The British queen has been aged in the effigies used, and we are now in, I believe, the fifth effigy. This is unique in that she has had such a long reign. Not every country has a monarch, and the ones that do have a monarch with a much shorter reign. It is not worth changing annually. She is appropriately aged on Canadian and Australian coins as well. She is also on many other country's coins such as New Zealand and many small island nations.

As for the lunar series, we see different countries with lunar coins, and the Perth Mint of Australia is now in its third series. I do not believe Hong Kong has a part in this, it is a common theme among many countries.

blackspanielgallery, Thank you for practical information, pretty pictures and product lines.
Are other mints whose countries are monarchical aging their sovereigns like the Brit Mint does with the lines around the corners of the mouth and around the eyes and with the slackening jaw line for Queen Elizabeth II?
It's interesting about the lunar year series. Would that be prompted by concern over, respect for Hong Kong? 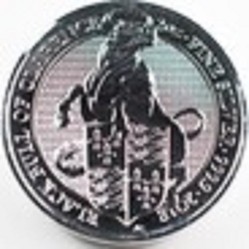 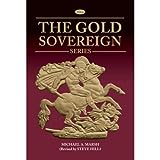