Canada is a country of provinces, some of which required coins or tokens prior to joining the confederation. Which provinces were they, and what did they use as money?

Canadian province tokens and coins exist, but only for some provinces. Those provinces that did have coins or tokens ceased having them minted when the province for which they were being made joined the confederation currently known as Canada.

To understand why province coins eventually became unnecessary to produce requires we understand the confederation that grew into Canada as it is today. Initially, on July 1, 1867, three British provinces of Canada, Nova Scotia, and New Brunswick joined together. The Province of Canada split into two provinces, Quebec and Ontario. These four provinces united and took the name Canada. Manitoba was added in 1870. British Columbia joined the confederation in 1871, and Prince Edward Island joined in 1873. To this core Saskatchewan and Alberta later joined the confederation, then Newfoundland eventually joined in 1949.

According to the coin book [Year] North American Coins & Prices, the earliest Canadian coins were one-cent coins minted in 1858.  Notice the Confederation of Canada did not exist until 1967.  How can this be?  The Province of Canada did exist and used the name Canada prior to 1867.  It can be argued that these were province coins for the Province of Canada.

Not All Provinces Had Their Own Coinage

Some of the earlier “coins” were classified tokens.  Permission to mint money was not always forthcoming from the British government, but the minting of these pieces went on due to need.  Hence, they would need to properly be called tokens.

Only four other provinces had coins prior to joining the Confederation of Canada.  They are New Brunswick, Nova Scotia, Prince Edward Island, and Newfoundland.

To clarify why other provinces did not have coins minted we must consider the need.  The people of the remaining provinces would have had access to foreign coins, and with sparse populations these provinces would have had no need.  Certainly, British coins would have been available to the inhabitants in some limited degree.  But, more importantly, the provinces of Manitoba, Alberta, and Saskatchewan were not yet provinces prior to joining Canada.  Manitoba was part of Rupert’s land, and the others were formed from territorial land.  They only became provinces with their reclassification by the Confederation of Canada as provinces, and were not provinces outside the confederation.

Another consideration is, with the exception of Newfoundland, the series are short, making obtaining a complete set of tokens for a province possible.

Finally, no additional province pieces, neither coins nor tokens, will be minted.  Collectors like closed sets.  Knowing the collection is complete is a desirable factor.

Where Can Information of Provincial Coins and Tokens Be Found?

A good book can be quite helpful when collecting coins and tokens.  [Year] North American Coins & Prices is an excellent book.  This book lists the pieces issued for each year and mintmark, gives number minted for each, identifies any mintmark, identifies the metal, and indicates the number of proof pieces, if any.

Because these are closed sets no longer being added to, and because the value in a coin guide is old by the time the guide is printed, it makes no significant difference which year the guide is for.  Purchasing an older issue can provide a savings.

Prince Edward Island issued a bronze cent coin in 1871, including two thousand of these coins having been minted as proof.

Using foreign coins was not unusual for that period.

The Province of Nova Scotia first tokens were the half penny of 1823, followed by the penny token dated 1824.  There were years when tokens were not issued.  In 1856 the last tokens for Nova Scotia were struck.

From July 1, 1867, onward Nova Scotia was part of the Confederation of Canada, although Canadian cent coins would not again be struck for several years.  In the days when provinces did not yet join into the confederation, minting would take place when there was a need, and this practice continued after the formation of the confederation.

The first tokens with the denomination of cent and half-cent were minted for circulation in New Brunswick in 1843.  Both were again minted for 1854, the last year tokens were produced for New Brunswick.

The bronze coins of the denominations half-cent and the cent were minted in 1861, and a second minting of the cent coin occurred in 1864.

Newfoundland was already established when Canada was organized in 1867.  However, it did not join the Confederation of Canada until 1949.  Indeed, it became a British Dominion in 1907, and a dependent territory of the United Kingdom from 1934 until 1949.

This article contains links to affiliate programs and Adsense advertising.  These must use cookies to allow for proper crediting. As a Viglink Associate and Amazon Associate I earn from qualifying purchases.

Some of the provinces did not exist as provinces before becoming part of the confederation. They were part of territorial regions of what is now Canada.

Your very first sentence, about not all provinces having coins and tokens, and your information under the Prince Edward Island subheading, particularly intrigue me.

Would some provinces not have needed coins and tokens because barter was in effect?

And would the Spanish and Colonial Spanish eight-reales silver pieces have been circulated as they were? Or would they have to be altered somewhat to indicate their different associations and values (something on the order of a post-it ;-D saying "I am now a five-shilling piece")?

One thing I came across in researching one province is there was a request to England for coins that was denied by Parliament, but an order with Heaton Mint in Birmingham was still made. There seems to be a rebellious undertone here, An unofficial coin, not technically money, would have to be called a token. I only covered what the provinces issues, there were bank tokens as well. There was a Coinage Act in England that made a difference.
While I did not go through Canadian history thoroughly, the reason Canada became a confederation and not a republic is the U.S. had just had the Civil War, and Canada did not want such a possibility, so a different form of union was made.
I suppose in a sense these coins and tokens were not that different from British tribal coins that I covered in another article.

You have made me realise how little I know about Canada and its origins. the coins and token origins are totally new to me. The videos were very helpful too. 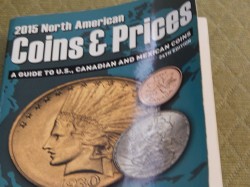 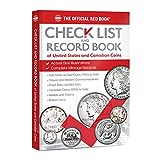