Canonized Saints: Why? How?

It does not require canonization for a person to be a saint, so why are there canonized saints, and what is the process?

Canonization of saints does not occur in every religion. Indeed, it is most frequently associated with the Roman Catholic religion, the Orthodox religion, and has occurred once in the Anglican religion. Some consider pious persons as saints, others look at sainthood as being obtained after a person departs this world. So, there is some disagreement as to who is a saint by different definitions being in use for different religions.

In the case of the religions that canonize saints, and I must admit that there might be more, it is those who have departed this world who might be canonized.

But, it is not necessary that one be canonized to obtain sainthood. Who is eventually with God in Heaven is up to God, and we hope there are countless others who have been allowed into Heaven. Canonization is not a requirement for sainthood.

A theologian once explained this as an honor role of those we might imitate.  There is a need for people to model their lives after someone, so canonized saints give us those to whom we can look up to.

Of course we have patron saints, those people in certain occupations look up to, or those who people with certain causes look to.  Countries might have a patron saint for the citizens of that country to have a closeness with.

The Process in the Roman Catholic Church

According to Catholic Online it is the local bishop who is first approached.  The person to be considered must have been virtuous, except for a martyr, and follow the orthodoxy of doctrine.  The bishop may then send the cause on to a panel of theologians at the Vatican, if the bishop is inclined to do so.  The person is first considered venerable.  This normally has a waiting period of at least five years after the person being considered has died.  This removed much f the emotional appeal and makes the decisions more objective.

The next step is proof of a miracle that occurred as the result of intersection by the candidate.  To clarify things here, people pray in adoration only to God, but may offer prayers of petition through saints and those who are at least venerable in the hope that the petitioned  intercedes with God on their behalf.  Care must be taken here, for if a new medical technique is being tried, or if the petitioner also prays to God Himself or a canonized saint the miracle would not be ascribed to the candidate for sainthood. There must be no other possible explanation of the miracle, and no other petitioned for the miracle.

If the person who has been declared venerable can be shown responsible for successfully interceding with God for a miracle, except for martyrs, the person is considered to be beatified.  The process continues requiring a second miracle, then the candidate is presented to the Pope, and only the Pope can canonize.  Because the process carries infallibility the Pope can either accept or deny the candidate.  The infallibility of the Pope only applies to when he speaks officially on matters of faith or morals, but canonization is considered one of those times.

Actually, only God can make a saint, the above process merely recognizes what God has done.

Only Some Are Actually Canonized

The above has been the process since the tenth century.  In older days the local bishop, or sometimes a local priest, would simply proclaim a person to be a saint.  These actions were not valid canonizations.  However, some of those so named as saints have been quite successful as intermediaries with God.  So, the Pope can canonize such a person with no additional need for proof, if he chooses to do so.  Many saints have come from the many candidates named in the first nine or so centuries.  Indeed, who would argue with canonization of the eleven faithful Apostles?  Of course, many local people accepted early in the Church’s history did not become canonized.

The Orthodox Church and Canonization

The website for The Orthodox Church in America provides the information on the process.  Simply stated, the Orthodox Church went its separate ways before the tenth century, and reorganization of the Pope as infallible was a sticky point.  While there is a Patriarch, he has less authority.  The method used in more in line with the method the Roman Catholic Church used before formally establishing rules for canonization.  It is actually several bishops who work together to canonize in the Orthodox Church and there is no miracle requirement.

The Anglican Church was not separated from the Roman Catholic Church when the rules for canonization were established in the tenth century.  So, if accepted many canonized saints who were already canonized at the time it separated from the Roman Catholic Church.  One person was unofficially added to the Anglican Church, Charles I.

An ancient rule of the church is that you can only be made a saint by the church to which you belong, so imagine that after his death the church wanted to make Archbishop Desmond Tutu a saint, only the Anglican Church could make the decision. Other churches would then be entitled to accept or reject it, according to their own judgment.

I did hear that Lutherans considered adding Dietrich Bonhoffer, the anti-Hitler pastor, to the list of canonized saints, but nothing came from it.

I believe so as well. There are only so many canonized saints needed for patron saints for most occupations and countries. And it is such a strict process, an individual requesting a case to be opened would not be considered normal, that few are being added. We must remember that while many proclaimed saints in the early church did not become canonized, there were many worthy candidates who did, such as the eleven faithful Apostles and Saint Paul. So, once the rules were established quite a few canonizations followed over the years. I must hasten to point out that the process did take some time. There was no rush to canonize those who had been previously considered saints.
The advantage of canonization is the saint, or I believe as least venerable person, is allowed to be mentioned officially in church.

Very good. I believe that there are more uncanonised saints than canonised ones. Good people who quietly live out their lives in kindness. Unnoticed by many.

Thanks, Frank. Yes, and canonization required those proclaimed saints in the older method were not necessarily carried over. Only after it became the current process involving the Pope did it become what is considered a valid canonization.

An informative article. It is worth noting that the Catholic Church took charge of the process not to be bossy, but to prevent local abuses in which unsuitable characters were elevated to sainthood. 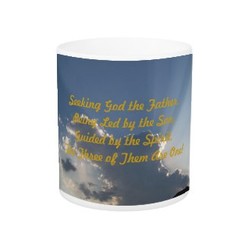