Saint Joseph Day, March 19, is celebrated in Louisiana by those of Sicilian descent, including Saint Joseph alters and parades. And all are welcomed.

Saint Joseph’s Day is March 19. This is the day Italians from Sicily pay respect to Saint Joseph. In this area there is a large Sicilian population, and my wife is of Sicilian descent. So, I have first-hand knowledge of some of the things happening on this particular day. It is a time for celebrating, and a time for eating.

I am aware of the way this area was settled.  I am in Louisiana, not far from New Orleans.  First came the French with Bienville, then the area became part of Spain, then it went back to France before being dealt to the United States in 1803.  Other groups came here, especially Catholics, since both France and Spain initially settled the area, and both were Catholic countries.  In the time near the beginning of the twentieth century immigrants from Sicily began to arrive via boat.

The Sicilians settled in New Orleans, and some farming communities such as Kenner and Independence in the area, some over fifty miles away.

A Saint Joseph alter is a feast prepared to be given away to the poor.  It must include pasta, fish, cookies, and cakes, along with bread.  There are also statues and photographs, a basket for prayer intentions, and candles.  This tradition came from Sicily, where Saint Joseph was asked to intercede on behalf of the population during a famine.  The people survived due to the fava beans, which grew in the time of famine.  As thanks some people began to erect alters of food to be given as alms to the poor each year.  These alters can take weeks to prepare.

While the food on the alter is for the poor, and only served to them when the alter is broken, anyone visiting an alter during certain times is usually given a meal.  There is no charge, but donations are accepted.

The meal is pasta and tomato sauce, a boiled egg, salad, and bread.  There is no meat.  This is because Saint Joseph’s Day is always during the time of Lent.  Today, in the United States only Ash Wednesday and the Fridays of Lent are meatless for Catholics, but in the past all of Lent had days other than these where meat was only taken with one meal each day, the principal meal.

A Celebration, Or a Thanksgiving

A Saint Joseph’s alter can be a celebration sponsored by a church or an Italian cultural group.  It can also be sponsored by a family or group thanking Saint Joseph for an answer to prayers.  Some businesses also have begun adding a small alter.  In some parishes the parochial schools build one to teach the children about the heritage of the Sicilians.

We went to a parish sponsored alter.  People attending ate, and were given wine or iced tea.  I believe there was a charge for wine, but am uncertain.  There were donation jars about, and they were becoming full.  I believe the food is prepared with time and expense borne by the sponsor or a benefactor, and the donations are handed to the poor, although some money might be used as seed money for next year.

Bags of cookies are also handed out at no charge.  But often larger bags are available for a price.  These are Italian cookies.  Yes, we have a local pastry shop that also makes the Italian cookies all year round.  But these are made by volunteers.

Votive candles are available to be lighted.  Since these are not inexpensive there is a recommended donation.  They must be purchased prior to the construction of the alter, and the cost must be defrayed.

There are also parades.  In New Orleans there is a parade in the French Quarter.  In the nearby suburb of Metairie there is an Irish-Italian parade, where both Saint Patrick and Saint Joseph are honored, since their feast days of March 17 and March 19 are so close.  There are even two Grand Marshalls, one for each group.  Of course, other Saint Patrick parades exist.  The important thing here is in Louisiana the population is so blended that any group can celebrate and all are welcome to join in.  I realize this might seem impossible in some places, but in Louisiana people can party no matter whose party it is.

This article contains links to affiliate programs from some or all of Amazon, Viglink, and Ebay through Viglink, and Adsense advertising.  These must use cookies to allow for proper crediting

blackspanielgallery, I've enjoyed my visits to Louisiana, such a beautiful state with such exotic excitement in the New Orleans area. So it's fun reminiscing as I read your article. December 25 is a good day to be born on, and March 19 is a good day to die on, particularly if it falls on a Saturday (as in 2016), Mary's day.

The alters are in homes, schools, and even in places like supermarkets. They are listed in the newspaper, so people can seek them out.

I didn't know about St. Joseph's Day. But where are these altars? Does everyone make one in their home? (I do understand that there are public ones as well.)

What a lovely article. My father in law was called Joseph and I knew of the feast yesterday but I did not know abut the Louisiana ways of celebrating . WE should make more of feast days than we do.

Thank you for posting this. And ... Happy Feast !

Dog Days of August - To Honor and To Celebrate the Dog

Whether you own a dog or not, there are dates in August to remember. They are... 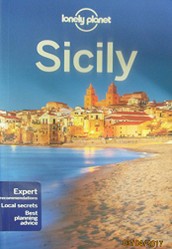 Grab some beer, put on some Country music, decorate your yard and offer a horseshoe game. There's more than one way to celebrate National Bubba Day on June 2nd!
100%  4   5 Ragtimelil
Other US Holidays 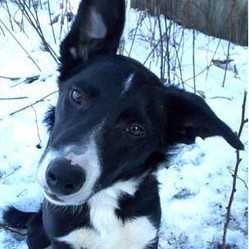 Dog Days of August - To Honor and To Celebrate the Dog

Whether you own a dog or not, there are dates in August to remember. They are to celebrate all that dogs do, encourage pet adoption and to raise awareness of pets of the homeless.
Loading ...
Error!