March is the month of rich Irish Legends, Culture and Irish Traditions

Considering Saint Patrick’s Day a widely celebrated festival in March, most of the American Irish are hardly aware of the Irish-American Heritage month happening in March.

Celebrating Irish-American Heritage Month therefore remains a distant thought in spite of the fact that there are more than forty four million Americans who are some way or the other related to Irish ancestors and Irish traditions. Having said that, there are some who are aware and the numbers are growing.

The present US President Obama has recognized March as a month for recognition of Irish-Americans in addition to women’s history, the American Red Cross, reading, colon cancer awareness and consumer protection.

American by Birth, Irish by the Grace of God

Ireland and Its Rich Culture

"Ireland, sir, for good or evil, is like no other place under heaven, and no man can touch its sod or breathe its air without becoming better or worse."

For the Irish Americans who want to dig deep into the history of Irish culture and the ancestral history, it will be prudent to become aware of the fact that the American Foundation for Irish heritage is willing to share and getting recognized as an official cultural celebration like any other culture celebrations.

Public knowledge of March as “Irish-American Heritage Month” still remains vague, perhaps difficult to understand for many apparent reasons; given the popularity of Saint Patrick’s Day festival and the growing eminence of Irish bond of shamrocks, parades, gatherings and balls.

The Irish Americans: A History

Irish in the Country of America

History and Heritage of the Irish in the United States

Did you know March is the Irish American Heritage Month?

I know it was St. Patricks Day tho.

Yes, since it's the month with St. Patrick's Day!

People of diversified religion have united by one mainstream principle which is guided by the ideals of liberty, ethics and values. United Stated is a great example how diverse cultures and states have come to unite with one focus thought and mission.

Irish Americans are from the very first beginning of American nation, they were a necessary part of the country’s development and contribution to its heritage. Irish have made the impact with their values, old traditions, amazing culture, feasts and legends.

A definite way to commemorate the Saint Patrick’s Day event would be to increase the impact and awareness of the rich Irish heritage, culture, customs and traditions of a century old legacy.

Origin of Irish Legends and Traditions

THERE'S more to the Irish than a Guinness on St Patrick’s Day -- and there's more to Irish history in Australia than Ned Kelly.

The Museum’s New Exhibit: “The Irish and the Erie Canal”

Some - like the Wren Day in Dingle - are now celebrated in just one slightly out-of-the-way place. The pancake festival of Shrove Tuesday, on the other hand, is still pretty widely observed across Ireland (this oddball feast is linked to "Fat Tuesday" in New Orleans). Enjoy!

Of course, the Irish are more than what Saint Patrick’s Day has brought them all about. Historically, the ancestors of Irish were the Celtic descendants, who as the history foretells occupied the British Isles which also speaks of the Celtic impact to the Ireland’s cultural heritage. The ancient inhabitants of Great Britain who were conquered by the Romans, were in fact the Celtic people. Thus one can see the influence of Roman Empire in bits and pieces and after the fall of Rome Empire, the country which we see today as Ireland was invaded by many ancient civilizations of Germans and Indo-European origin.

Irish culture has an amazing history of banquets, traditions, folklore customs, myths and legends. It is said that many of these historical legends surfaced all the way back from ancient Roman Empire and their heritage.

Contrary to the belief, it is an astounding fact that there are no snakes in Ireland, not even the trivial and small grass snake. St Patrick gets the credit in getting rid of them; the fact is there is no evidence of snakes being present in the country.

Irish beer the “Bailey’s Irish Cream” is a popular part of celebration in the gourmet festivals, which was launched in Ireland in the early 70s, and is now the most accepted, admired rage in the world of liqueur.

Have you ever visited the Irish American Heritage Center?

WriterArtist, Thank you for practical information, pretty pictures and product lines.
In particular, I like the blessing plate, the books and the Irish firefighter glasses. The Irish American Heritage Center is a great place for cultural exhibits, genealogical research and weekend pub-crawling.

Was the YouTube presentation informative about the Center gift shop and about the Fifth Province Pub's wonderful menu, which has items delicious for all ages and which includes their own mild Irish red ale custom-made by Lake Effect Brewing Company?

I saw the Irish American Heritage Center in Youtube and looks like a lot is happening there.

No I have not. Perhaps in the future.

Dance in Lucky Leprechauns costumes with pairing hats and shoes on Saint Patr... 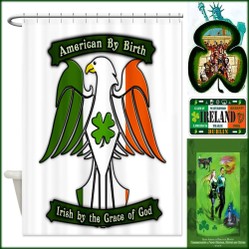 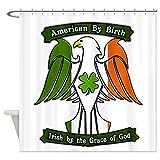 At Saint Patrick’s Day it is a tradition to dress in the colours of shamrock and dance to the tunes of Irish traditional music.
56%  3   9 WriterArtist
St. Patrick's Day Parties 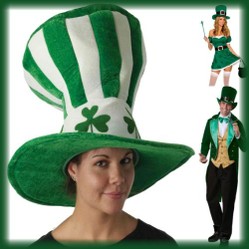