Challenge Yourself with this 11 Question New Jersey Quiz

Traveling to New Jersey and looking for a game to play on your tablet or phone while you're on the way? Whether on the road or at home, you'll learn a bit about my home State.

New Jersey, part of the Northeast Tri-State area, is hidden in the shadow of New York, at least that's the impression you get when you talk to people in other parts of the country. Most of our relatives from the other side of the Country hope to make a trip into the City whenever they visit, and we try to accommodate them, at the same time wishing they would realize that New Jersey has a lot to offer itself!

I hope you have fun taking the NJ quiz, and visiting some of the other New Jersey pages that have been or will be created.

How the New Jersey Quiz Works

Do your best to guess each answer before looking ahead, after you guess, the answer will be revealed.

Most of all, HAVE FUN!

What is the New Jersey State Bird?

It's pretty in the summer, plain in the winter

Is this the bird you thought of?

The vibrant color becomes plain during the winter, then returns in the summer

What is the Name of the New Jersey NHL Hockey Team?

An easy one for hockey fans!

Are you a fan?

Fun things for fans of all ages!

In 1977 where was gambling allowed on the Jersey Shore?

Yes, we call it the Jersey Shore here and go down the shore.

War at the Shore - Donald Trump etc. and the epic battle to save...

That may surprise those that have no idea!

My Blog Should Help You Guess

It's a good hint anyway

I have been blogging for a number of years when I can...in the past year (end of 2014 - early 2015) I haven't done a lot because of being so busy dealing with the passing of my brother. As time heals, I'm sure there will be more writing, but there is quite a bit at this particular blog, you can find it if you click right here.

What is the State of New Jersey bug?

I didn't even know States had designated bugs, but they do!

If you guessed this bug, you are correct!

It's a fussy little bug

When I was a young girl, I enjoyed nature, animals and insects as much as I do now. I was always exploring, catching and watching creatures and bugs, finding them fascinating. I didn't care that it wasn't the most feminine thing to like salamanders, bugs, frogs, and more.

But one story stands out, I am often reminded that I liked to pet Bumble Bees when I was young, it is a story often told at family gatherings.

Well I have to admit, it's true, when I was a little girl I thought they looked so soft, and reached out ever so gently, and touched one on the back, it kept on eating from the flower it was on putting up it's two back legs. I did this more than once.

Then one day I was with my Dad and saw a Bumble Bee and told him that they don't sting if you pet them...lol...and I reached out and showed him this was true. Oh, and I should say try this at your own risk. He almost tried to stop me, but then hesitated when he saw that all the bee did was put up it's back two legs, I guess as feelers, I don't really know, but it happened every time. He often was the one that brought this story up...and when I see a bumble bee, and am tempted to reach out and give it a pet, I think of my Dad.

Who is the genious, or wizard of Menlo Park, New Jersey?

There is a Museum in Menlo Park dedicated to....

Thomas Edison, the inventor, known by some as the Wizard of Menlo Park

When I was growing up, we lived in Edison Township, and passed the Monument pictured often, but I am sorry to say that we never visited the Museum, it is on my to-do list to get there one day.

This is the site of the laboratory of Thomas Alva Edison, it is said to be the "worlds first research and development site" on Wikipedia.

The round top on the tower was a representation of the light bulb that Edison is credited with inventing. When passing at night, the top of the tower was lit up.

Which famous entertainer is NOT from New Jersey?

The Middle East is not alone, New Jersey also has a large_____

And it does come in handy around the house - Yes, New Jersey has at least one large oil refinery

Eating Out in New Jersey?

NJ is KNOWN for having many of these, though some of the other places mentioned are popular too

What is the New Jersey State Capital?

What is the Oldest Jersey Shore Resort Area in NJ?

Some of my images from down the Shore

Copyrighted images taken by me, please ask before using

Cape May, NJ, such a wonderful place to visit!

Remember Those Affected by Hurricane Sandy

The Hurricane took place in October of 2013

We went down the shore the Spring after Hurricane Sandy, and I took a few pictures that you can see below.

A few of many homes destroyed by Hurricane Sandy

Copyrighted photos taken by me, do not use without permission

Do You Live In NJ?

Have you ever been to New Jersey?

Guestbook: Say hello or tell us how you did on the quiz

@CruiseReady Glad you enjoyed it! Thanks for giving it a try.

Well, that was fun and different, and I learned a few things, too.

@Mira I haven't watched House of Cards but you are right, Spacey is able to do so many different kinds of roles. Thanks for taking the challenge!

P.S. I don't think I got to mention that I learned a lot from your quiz! Thank you!:)

Thanks for taking the challenge, @north_america :-)

This was a lot of fun. I never knew the capital of New Jersey, but did better on some of the other questions :). I enjoyed the video with Kevin Spacey and Ellen DeGeneres. Somewhere someone mention Kevin Spacey's House of Cards and now I learned he actually got a Golden Globe for it. It must be really good. I am impressed with him as an actor. He's very mobile in facial expressions, and it seems to come so naturally to him!

I learned a lot! Thanks. 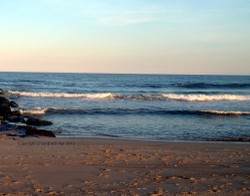 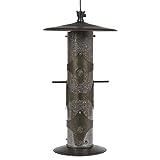 Many travel the country roads of New England leaf peeping in the fall when the colors are beautiful, but New Jersey is also a beautiful place to enjoy fall foliage tours.
57%  6   4 happynutritionist
New York

Christmas is one of the most beautiful times to visit New York City, NY as the City that never sleeps really puts on a beautiful and colorful show of lights and events.
Loading ...
Error!