You may wonder who was Charles Perrault, but you definitely heard for Cinderella or The Sleeping Beauty. He is credited as the author for some of the most popular fairy tales ever.

While Charles Perrault didn't invent the plot of any of 'his' fairy tales, he indisputably made a huge impact on the evolution of this new literary genre.

But let's focus just on the life of this interesting man. Believe it or not, he was much more than the author of these popular stories, which were actually just a footnote in his work.

And if you are reading about him on the web, you'll find so many totally wrong presumptions about him and his work (at presumably legit media like Independent or Telegraph, for instance), it's only fair to present his biography from the point of view of somebody who actually studied the life of Perrault, not just skimmed the article on Wikipedia.

And by the way, I wrote a full essay about Perrault as well. So here are just the 10 most important facts from Charles Perrault's biography:

He was born into a wealthy family and had a brilliant mind. Despite the fact he had an access to best schools where he excelled as the top of the class he lacks discipline and especially obedience to complete formal studies. Instead of that, he educated himself. He studied the law, the most popular profession for smart kids without noble heritage (like Brothers Grimm, for instance). He passed the exams and worked as a lawyer for short time (brothers Grimm never practiced the law) before he got disillusioned by the existing system.

Perrault became a civil servant but the major step in his career was actually a supervision of the building of brother's house. His taste and organizational skills earned him a position in his brother's office, working for the Minister of Finances of France Jean-Baptiste Colbert.

It was his idea to design the Labyrinth of Versailles (planned by Andre Le Notre) in a way it would serve as the learning tool for the eldest son of Louis XIV who actually learned reading from the fancy sculptures. This meant the inclusion of 39 fountains, inspired by 39 fables by Perrault's contemporary Jean de La Fontaine and especially Aesop. This labyrinth became so popular Perrault wrote an illustrated guide about it. The little book was a success as well, being reprinted and translated several times!

Louis XIV had several gardens and it was Perrault who convinced him to open the Tuileries Garden to the public (so all 'king's children', as citizens were referred then, could walk in). With a written exception for beggars, soldiers, and servants!

For the longer version of the story with additional amusing facts from Perrault's life visit this page:

Working for Colbert left enough spare time to Charles Perrault so he used an opportunity to read a lot. He started writing poems again (he actually wrote and published some as a student). This eventually initialized his literary career. Perrault's works were very versatile, starting with epic songs and parodies of old classics, all focused on the promotion of the king Louis XIV achievements.

He became a member of the French Academy in 1671. His political connections helped him to become 'immortal' (members were called immortals) much more than his literary works.

However, his organizational skills made him a secretary soon after and he even managed to introduce several innovations and improvements in this famous institution, including a new balloting system and public acceptance of the new members.

He also convinced Colbert to establish some kind of pension fund for artists - first of its kind. The French model expanded through the large part of Europe.

His work soon got him involved in one of the biggest literary disputes in history: the quarrel between the Ancients and the Moderns. Ancients believed in the supremacy of old Greek and Roman works, which should serve as the only model for any art.

Moderns, supported by modern science and Christian instead of Classic Mythology, denied that. Perrault was one of the most exposed Moderns. His poem Le Siècle de Louis le Grand claimed that modern French culture was superior to classical antiquity what led to some very personal grudges.

Perrault's opponents were superior to him by education but he was much wittier and the fight, which expanded to England as well, eventually ended without a winner.

Charles Perrault married 19-year-old Marie Guchon when he was already 44 years old. She died only six years later, after giving birth to their fourth child (first and only daughter).

9. Falling Out of Favor

Colbert, Perrault's most powerful patron, never approved his marriage. Their relationship cooled down and some of the Perrault's positions were given to Colbert's son.

Perrault's power was further diminished after the death of Colbert. Last two decades of his life were mostly dedicated to his three sons and a daughter. At 67 years he wrote his now by far most important work: Tales and stories of the past with morals, a collection of eight fairy tales in prose (he also wrote three in verse).

Among these fairy tales, we can find The Sleeping Beauty,  Puss in Boots, Cinderella,  Red Riding Hood, and Bluebeard, all becoming classics which were rewritten and reprinted hundreds of times.

Numerous connections with friends and relatives were one of the most important recipes of his success. He had a father, brother and a son named Pierre.

He followed his father's steps to become a lawyer, he followed his brother when he became a tax collector (what opened the doors of Louvre to Charles) and he dedicated his now most important book to his youngest son Pierre (it was even signed with his name).

I will dedicate a full article to the Perrault's fairy tales. Coming soon!

Did You Know Who Was Charles Perrault?

Arthur Rackham was one of most popular illustrators for decades. Rackham's wo... 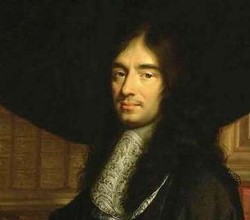 Hans Christian Andersen is famous author of fairy tales. Less known are similarities of his life with his fairy tales.
100%  34   16 Tolovaj
Watercolor Painting 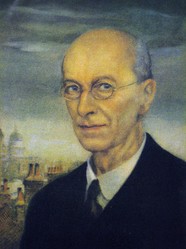 Arthur Rackham was one of most popular illustrators for decades. Rackham's work is highly prized among collectors and he made impact on whole generations of younger illustrators.
Loading ...
Error!