Chemistry: Types of Solids and their Properties

Learn to discern. If your chemistry knowledge is a bit rusty (pardon the pun) and you've just started a chem class, than you'll definitely need to know how to tell the different types of solids. There are so many types, that they are categorized by their properties. Don't know what's the difference between an atomic solid from an amorphous one? After reading this article, you will be. I'll go over the major types of solids: atomic. ionic, molecular, network solids and network crystals, metallic, and amorphous solids.

Atomic solids are as their name describes - atoms that are held together by intermolecular forces to form a solid. The bonds which hold together these solids together in lattice structures are the Van Der Waal forces, or London forces. These solids are extremely rare, as extremely low temperatures are required to form these solids, which are gases at room temperature. Consequently, you will only find them in labs.

The properties of atomic solids:

Examples of atomic solids are the noble gasses in solid form, such as solid argon.

Ionic solids/crystals are a little self-explanatory too. The electrostatic force between anions and cations (in other words, negatively charged atoms and positively charged ions) form ionic bonds to create these strong solids. An ionic crystal is the quite similar, but with one more requirement to be called such. An ionic crystal is formed when each molecule is surrounded by opposite charges/dipoles. They are extremely stable, and requires a lot of energy to separate. Unlike atomic solids, ionic solids do not require extremely cold temperatures to exist.

Some properties of ionic solids:

These are similar to ionic solids in some sense. They are solids/compounds which form crystals, and are held together by covalent bonds. These crystals are big, really big. They are so big you can put it on a ring.

Some properties of network solids:

Diamonds, gems, graphene and crystals found in caves are examples of network solids

Molecular compounds are formed when covalent molecules are attracted to one another by weak intermolecular forces. This attraction may include hydrogen bonds or dipole-dipole attraction - but always include London (Van Der Waal) forces. The molecules in these compounds are not held together strongly. As a result, they tend to be gases at room temperature. When they are solids, the molecules attract to each other in a strong enough way to form bonds with each other. When enough force is applied, parts of the solid can be chipped off. A good example of this is ice. When the temperature of the water molecule decreases, the molecule vibrates lesser and lesser. Eventually, hydrogen bonds are able to form. The polar molecule H2O forms a hydrogen bond with another molecule to form a solid. When a strong enough force is applied to the ice, the hydrogen bond breaks, and the ice breaks.
Some properties of molecular solids/crystals:

Water, H2 O2 F2 Br2 and the other diatomic molecules are molecular compounds. Hydrocarbons are examples as well.

These substances have a positively charged nucleus, and form bonds with other molecules by using their valence electrons. The bonding doesn’t look like a web, but it acts like one. Another analogy to describe metallic compounds is a sea. The nuclei are the buoys and the electrons are is the water. The valence electrons are free to move around, and are the ‘things’ which hold the metal or alloy together. Metallic solids have free valence electrons which makes them excellent conductors of heat and electricity.
Some properties of metallic solids/compounds/crystals:

Almost all metals and alloys are metallic solids, such as gold, silver, steel, copper and brass.

These are interesting. The definition of “amorphous” is to have no distinct shape or form. Amorphous solids are the only solid which does not form crystalline structures. Instead, the molecules in these compounds have an entirely random bonding pattern, and under a microscope look disorganized. When the solid is brittle, you know it’s held together by covalent bonds. When the solid is bendable, like rubber, the molecules within are held together by weak dipole-dipole bonds and London forces.
Some properties of atomic compounds:

Glass, plastics, and rubbers are examples of amorphous solids.

There you have it, six different types of solids, their properties and some examples. With this knowledge, we can better understand and predict what substances will do. This knowledge has helped to develop better soaps, better explosives, and stronger metals at cheaper prices. More information will be added to this page in the future. Got a question? Drop a comment below and I’ll see if I can help.

Science is one of my favorite subjects. Great chemistry facts. :)K

The law of life

The law of life - My view about life and what we can do to help others around... 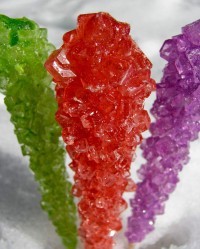 A look at some seashells you may see on Florida beaches with photos of my own personal finds.
100%  10   31 ArabellaMortimerHendry
Life Sciences 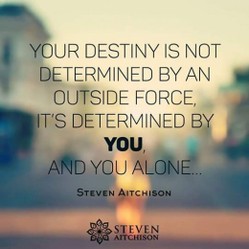 The law of life

The law of life - My view about life and what we can do to help others around us.
Loading ...
Error!