Beloved animals epitomize beauty, generosity, love, and wisdom. Appreciation of animals goes way back. It is what makes Tomie dePaola’s “The Friendly Beasts” timeless and timely.

England and France have socio-economic exchanges that predate the English Channel’s tunnel of the twentieth and twenty-first centuries.

One of many examples is a beloved Christmas season carol about the generous love of Bethlehem stable animals for the Holy Family. Carolers sometimes link the above-mentioned revel with twelfth-century England even though the original tune and words originate in France’s medieval Latin song Orientis partibus adventavit asinus (“From the East the donkey came”). The song’s oldest known precedents look only at the role of the donkey in getting Mary (18 B.C. – A.D. 41) to the stable delivery room.

Its most modern manifestation, The Friendly Beasts, contrastingly makes a case for critical contributions by the donkey’s stable-mates.

Medieval Christmas carols recognize the valuable contributions of animals, in addition to donkeys, to well-being of the Holy Family.

A beloved informational source for festivities respecting the first-mentioned journey is Orientis partibus adventavit asinus (“From the East the donkey came”), a Latin song attributed to Pierre de Corbeil (1150? – June 3, 1222?), as:

French celebrations of the Christmas season highlight the search for lodgings in Bethlehem and the flight into Egypt, both events eased for Mary via donkey transport.

A follow-up carol comes with Jesus’s birth on Christmas Day, December 25. It draws upon Orientis partibus as compositional inspiration even though the prevailing lyrics are Robert Davis’s (1881 – 1950) creation. It gets the Holy Family’s stable-mates to take up the slack from the donkey’s traveling with:

The brown, shaggy donkey is pleased to get Mary safely through downward and upward treks to Bethlehem. The red and white cow lets Jesus have hay for a pillow in a manger for a bed. Female and male doves offer cooed lullabies. The curly-horned sheep provides a warm wool blanket.

As representation of the Nativity scene, crèches feature the Holy Family and their donkey, the three Wise Men, and a coterie of barn dwellers, especially cattle and sheep:

The Friendly Beasts: An Old English Christmas Carol retold and illustrated by Tomie dePaola’s appears on the artist – author’s earliest bibliographies. It benefits from the fine reputation of G.P. Putnam’s Sons in publishing quality books for:

It claims a publication date of 1981 even though the artwork and the text are timeless and timely in their appeal and relevance. For example, librarians and teachers generally give to the Christmas season-related musical story a literacy level of:

But the boldly folkloric images and brightly musical words in fact welcome parents, readers, and teachers of all ages to enjoy:

Modern depiction of a timeless event: Nativity scene on facade of shops on Norwich Road (B1354) in United Kingdom

Mira, It's interesting where crèches are displayed in the world. They aren't just set up outside or inside churches. They also appear elsewhere, for instance, at shopping malls sometimes or in other public places. Perhaps their appearances in public places in the U.S. have decreased over the past decades because of the religion/state issues.

Yes, you're right about the light. I don't know why crèches are not popular here. Reading online I see they are common in other parts of Orthodox Christiandom.

Mira, Me, too, I'm reminded of the same trio of artists for the elements which you've eloquently pinpointed. I'm happy that you appreciate Edwin Longsden Long's painting, for it's one of my favorites. He conveys an "Old World" atmosphere to this painting, and I also appreciate his use of light, especially to the left, almost as if the way is being lit for the Holy Family or as if the light of their holiness shines ahead of them.
Crèches are indeed wonderful. Why do you suppose they aren't part of Orthodox Christianity?

I didn't know of Edwin Longsden Long, or have forgotten his name if indeed I've seen images by him. That painting is very interesting. It reminds me of everything from Delacroix for its exotic elements to the style of Lord Frederick Leighton and the shapes, rather than the style (with its far more linear contours) of the faces and silhouettes of Edward Burne Jones. You brought me joy this evening with your article. And looking at that image of a crèche, I wonder why we don't have them in Orthodox Christianity. They're wonderful. 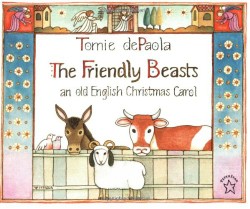 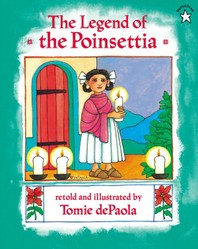