Choosing a university is not to be taken lightly, it can have serious impacts on your future. Nor is it simple. It requires careful preparation.

Choosing a university is a challenge for many young people, and it occurs annually. One problem is many young people have yet to form a clear idea of what they want from a university, which degree will be sought, and so on. Many have little concept of all that goes into choosing a university wisely. Others have a clearer picture of their expectations, but do not realize how different universities can be. A good choice can impact a life for years to come, and so can a poor choice. This is not something that should be done lightly.

Economics of Choosing a University

A university might offer financial aid.  Indeed, a scholarship can be a real influencing factor.  Just because a student has grades and talents that influence one university enough to have an offer made does not mean the next university will also make a similar offer.

Economics goes further than just scholarships.  Different universities have different fees.  One can cost many times another.  Is the degree from a particular university really worth the cost?  In some cases, it is, in other cases it is not.  I know of one university with extremely high fees that does have a quality graduate school.  But the same school has turned out some undergraduates who give the impression the high fees were almost like buying a degree.  Check the opinion industry has of the university.

What Does the University Offer?

A university differs from a college in that the university offers a wider variety of fields one might study.  Unfortunately, there are so many possible fields of study that not all of them are likely to be offered by any institution.  Make certain the degree you wish to obtain is one offered.

Attending a quality college that specializes in your chosen field is another possibility.  If you are studying history, the lack of an engineering program is of no concern.  However, if you plan to become an engineer after graduation, a lack of engineering courses should be viewed as a deterrent to registering at that college.

The above problem occurs with universities as well as colleges, but to a lesser extent.

Changing majors is easier if the institution offers a wide variety of possible fields of study.

A University Has a Reputation

Some universities have a reputation that is less than stellar.  If you think the reputation will not be a factor later in life you do not understand your potential future employers.  In this geographic area we have several weaker universities.  When one of their graduates applies for a position the grades, even if high, might be too little to compete against a graduate of a quality university.

In this area we have one university that has gone through one negative event after the other.  The most serious is the fact that people working for the university were caught changing grades for a payment in cash made directly to them.  While they were caught, the lingering question remains of how many students bought their transcripts.  One cannot tell a bogus A from an earned A.  This tainted the university’s reputation.  Considering several other problems also emerged, one might bring in a question of whether accreditation by that school is valid.  An administration that allows corruption in one area, or just fails to find that corruption, is itself suspect, so can we believe there is any quality in the university’s programs?

Another university has been known over many years by a name that indicates lack of quality. This became the place people would go if they feared other institutions.

I briefly took a position teaching at the university thinking that enough time had passed, and the reputation surly had been improved.  I was wrong.  I taught mathematics.  We were told the administration considered mathematics as an impediment to graduation, and were advised we should pass at least eighty-five percent of our students.  The other fifteen percent of students had to account for all F and W grades.  Freshman mathematics usually have a much higher attrition rate.  To help the faculty meet the requirement we were advised to have students work in groups.  The reason given was as, “A good student who wants a high grade will do the work and the weaker students in the group will benefit by sharing the higher grade.”   Fortunately, I have heard from others that the people involved in this outrage are no longer in their former positions.

One summer I taught a third semester calculus course for a quality university.  I had eight students.  Seven of my students were excelling with A grades.  One languished with an F.  When I asked the one weak student who taught her the first two courses, I was told that she was not a regular student of the university.  She was there for the summer because another university did not offer the course in the summer.  The other university was known to be weak, and her lack of ability to use material that she should have learned in the earlier courses really confirmed the validity of the university’s reputation.

Be careful not to choose a university will a dubious reputation.  That reputation will be known throughout the community.  And if there is any aspiration of going to graduate school elsewhere, a weak preparation might end graduate school abruptly.  Worse is any aspiration to go to law or medical school.  You are responsible for preparation for the next level and a weak university might give a great looking transcript, but not the knowledge you need.

A community college can delay paying higher tuition for one or two years.  But it may not have adequate courses to meet your needs.  I currently teach at a community college, but if one were going into engineering, mathematics, physics, or chemistry it is not the place to start.  Calculus is needed early in those fields, but the college has too few students needing calculus to allow it to be offered as needed, and certainly never beyond the first course.

Also, community colleges also have reputations.  The college at which I teach once was rigorous, but too many weaker faculty members were hired over the years by an administrator who also interfered with the faculty conducting rigorous courses in response to students wanting to pass because they registered.  The college is going to more and more online courses and hybrid courses that are half online.  Some places do not accept online credit, such as some nursing programs, but online is becoming the norm.  It is difficult to eliminate cheating in an online course, but one faculty member commented that another made a comment she does not care if her students cheat.  Perhaps the degrees from the college will soon become irrelevant.

Choosing a university, or a community college to be followed by a university, requires doing due diligence in ascertaining the reputation of the institution, the existence of the courses you need, and economics.  Remember, going deep into debt with student loans is not what I consider a viable option.  Accepting scholarships is.

Things too often considered is social life, including sports games to attend, fraternities, sororities, and parties.  These are not even close to the importance as the quality and affordability of the university.

While anyone can decide to learn even at a weak university, you will be judged by your association with mediocrity.  Fair or not, it will impact you.

Getting Ready for College
Do you know someone about to go to college.. The insights here are what a college professor has observed over the years. The potential mistakes are all avoidable.

Dorm Needs
Dorm needs is an issue that comes up as students prepare to leave home for college. Having the right dorm room items is important, but cannot often be foreseen.

The introduction image is allowed by an associate program.  It is our Zazzle product.

W grade stands for withdrawal from a course before completion, including resignation from the university. It applies only after a period of time designated by the university, and cannot be given in the last few weeks if a semester.

blackspanielgallery, Thank you for the practicalities and products. What does a "W" grade stand for?

The real problem is students can get to college, or even graduate, then find what shortcomings are there. Perhaps it is time for a real evaluation site, like Angie's List is for services.

I enjoyed this. Unfortunately, in the process of getting better suited to the job market even good liberal arts colleges make decisions which diminish their liberal arts focus. I wish there was a way to marry more successfully that wonderful tradition to the challenges of the business world.

How to Make Friends at College or University

Are you worried that you are going to be super lonely in your freshman year? ...

How to Prepare for a First Year at College

This period could impact the rest of your life in ways that will not be immed... 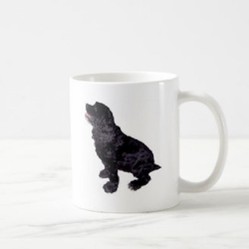 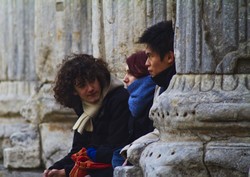 How to Make Friends at College or University

Are you worried that you are going to be super lonely in your freshman year? Don't panic! Everyone is in the same boat; and you will make life-long friends here.
68%  7   7 JoHarrington
Freshman Year 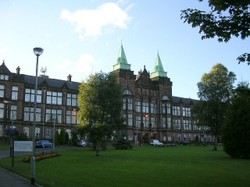 How to Prepare for a First Year at College

This period could impact the rest of your life in ways that will not be immediately obvious. It's not just about the academia.
Loading ...
Error!