A Claddagh ring with a diamond fuses the Irish tradition of honor and loyalty with the Western tradition of love.

The ancient Claddagh symbol of a heart held in two hands with a crown above represents loyalty, honor and love. As Irish mysticism and lore have become more popular during the last several years, Claddagh rings have become popular as engagement, wedding, and friendship rings. Combine the classic Irish jewelry designs with diamonds, which represent eternal and strong love, and you have the perfect fusion of ancient Celtic and modern western love symbols.

This is a wonderful I Love You gift. The card could say, "I give you my heart for safekeeping." The black onyx heart is a beautiful contrast to the 14-karat gold hands that hold it. A diamond is placed above it for additional romance and to add to the beautiful design. Four prongs hold the heart securely in place

This is a ring that will stand out on every hand, but won't overpower a woman with a small hand. It's also easy to find a claddagh ring for a man that will complement this style if a couple wants to have co-ordinating rings.

Romantic I Love You Jewelry

Any man will love this masculine 10k gold band ring that incorporates the Celtic Claddagh design. A field of rich, black onyx is strategically placed in the center to emphasize the hands holding the heart. Three small diamonds are placed above the heart - also on the onyx background. The result is a powerful design. Irish rings are the perfect fashion accessory for every man. Whether he dresses up to make boardroom presentations, play poker at the casinos, or just to take you out for a romantic dinner, this Irish Claddagh design is the perfect balance of style and masculinity.

Blessing of the Claddagh Ring Diamond and Emerald Hidden Message

Wear all three bands together for a dramatic Claddagh ring design or just wear one at a time. Each ring band has 6 sparkling diamonds that grace the sparking pave settings of all 3 rings, with 2 solitaire diamonds on each ring. The hidden message is the message of the Claddagh - Love, Loyalty, Friendship. One is inscribed on each band. The three emeralds inside the heart reinforce the mystical Celtic connection to the number 3. It can mean the Trinity or the Claddagh message. This is a very special piece of Celtic jewelry that will be held as a life-long keepsake gift and then passed on to future generations! Any woman will treasure this gift and smile of you every time she looks at it.

A central heart dominates the visual design of this lovely and affordable claddagh ring with diamond. The diamond is showcased in the crown above the heart. If you're looking for a special ring for a girlfriend, to show her that she really is special - and that the relationship has potential - then this is a great promise ring. If you're already at the engaged or more stage, then this might not be the right ring for an engagement set. But if you're in high school or college or just starting out in life, then this is the perfect girlfriend ring. She'll wear it and treasure it for many years. Maybe even after you've bought her a more expensive version.

Irish Jewelry at an Affordable Price

Very pretty rings - I was once involved in a lawsuit, where I was representing a woman who swore that her partner had given her a Claddagh ring as an engagement ring, and therefore she was entitled to a greater share of joint assets than would otherwise have been the case(as she had acted to her detriment in expectation of marriage), whereas the partner denied it had ever been intended as anything more than a gift to symbolise his love.

I had never heard of a Claddagh ring before then, but got an Irish barrister on the case, who explained the ins and outs. The moral of the story is: just be careful, guys and gals, and make sure your intentions are witnessed, recorded in writing, signed and dated and kept in a safe place......only joking!

Generations of women have loved including elephant jewelry in their fashion a... 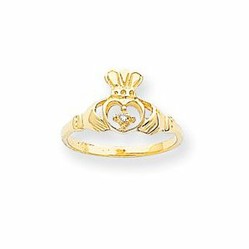 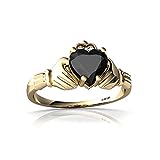 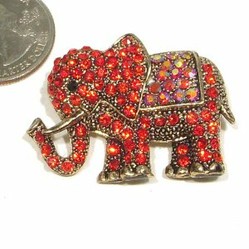 Generations of women have loved including elephant jewelry in their fashion accessories. Here's an exquisite selection to incorporate into your own personal style
7%  0   1 Digby_Adams
Rings 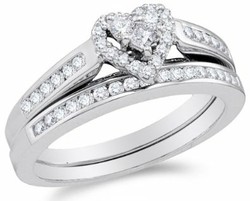