Lucy, Elvis, Frank and Marilyn Christmas ornaments will bring American pop culture to life on your Christmas tree. These four icons were all American originals that helped define a generation. You'll find realistic ornaments that recall some of their most famous moments. One look at the outfit Lucy has on in one of these Xmas ornaments and you'll remember the episode. Who can forget the dress that Marilyn Monroe wore standing over the grate or to sing "Happy Birthday Mr. President." These ornaments will have you singing along with Elvis and Frank.

I Got a Woman

Try and imagine the 1950s and 1960s without Lucille Ball, Elvis Presley, Frank Sinatra, and Marilyn Monroe. You just can't do it.

While some of these folks outlived this time, their celebrity image was forged during this era. And what an era it was. A young nation was just assuming its place in the world as a super power, kids were ducking under their desks to avoid impending nuclear attacks, and television was just finding its way into everyone's home. We learned where a place called Viet Nam was - and domino was given a new definition.

Watching Ed Sullivan on a Sunday night was the place to be. The country watched as Elvis sang, but we didn't see his hips - at least in the beginning. Since he insisted the movement was necesary for his singing, Ed Sullivan mollified the censors by only allowing camera shots from the waist up. Later we were allowed to see all the scandalous movements. Yes it was a time of innocence. Elvis Presly wasn't all hilps either. He had quite a collection of Gospel songs in his act. But that's not what people turned into see.

And it wasn't just Elvis who kept the censors busy either. Lucille Ball was PREGNANT and she wasn't hiding. In fact we even got to see Lucy and Ricky's bedroom (albeit with separate beds). And it was a culturally diverse marriage as well. But it was the comedy that people loved. Lucy and Ethel and their hijinx. Fred and Rick as the straightmen were perfect.

A stunning Marilyn Monroe sang Happy Birthday Mr. President and she became forever entangled with two assasinations and her own mysterious death.

Whenever I'm sad, watching Marilyn Monroe in Some Like It Hot with Tony Curtis and Jack Lemmon always brings a smile to my face. Put one of these Marilyn Monroe ornaments on your tree and remember her beauty and talent.

Unlike some of the celebrities today, who are just celebrities for the sake of fame and a reality television show, Marilyn Monroe, Frank Sinatra, Lucille Ball and Elvis Presley began with talent that was so awesome, you say a single word and many of us (who weren't even born) can picture the comedy skit or sing the song.

Yeah they were all eye-candy, but could they perform. Whatever they did, they moved their art and their craft forward and made the the world of song and movies a far different place than when they entered it.

Say white dress and how many people say Marilyn Monroe? You can picture that iconic film moment right now, can't you? A bit racy? Perhaps. But unforgetable. Vitametavegamin is forever etched in our minds as Lucy makes a commercial. Frank Sinatra songs are the stuff of Karoke night everywhere.

These great performers might never have done Shakespeare, but they personified his belief that you should to thine own self be true. Not one of these people ever copied anyone else's style. That should be a lesson to us all.

When you put one of these ornaments on your Christmas tree you are really saluting the courage to be yourself and to do what you were put on earth to do. What  loss for the world, if Marilyn Monroe, Elvis Presley, Frank Sinatra, or Lucille Ball had said no to their talent and played it safe.

So sing along with Frank and make a promise to yourself to do it your way. Don't hold back and don't every try and live someone else's life. This will bring a tear to your eye because it's 1994 and it's his last concert.

Of course I'm going to include the Vitameatavegemin skit here. It's too funny not to watch over and over. I love the part where Lucy first tastes the awful concoction. When you put Lucille Ball ornaments or other classic celebrity ornaments on your Christmas tree. It will definitely get people talking and telling stories.

Ebay deals at a glance

So here's to the American originals - Lucille Ball, Frank Sinatra, Marilyn Monroe, and Elvis Presley. Thank you for the movies, the comedy, and the songs. We celebrate your authenticity when we include you in our Christmas celebration. And we say thank you.

Irish Ornaments for a Lucky Christmas Celebration
You don't have to be a leprechaun to love these Irish ornaments. Celebrate your Irish heritage with beautiful and affordable Christmas ornaments.

Patriotic Christmas Ornaments - Be Proud of the USA
A great selection of Red, White and Blue ornaments for your Christmas tree at affordable prices.

Buy Christmas Ornament Angels for a Heavenly Christmas Tree
Christmas angel decorations and ornaments that are both beautiful and affordable.

So Who's Your Favorite?

I chose these 4 performers because in my mind there are truly American in spirit and represent our pop culture trends. I also selected them because of their contributions to their craft - and because they were such phenomonal entertainers. The Fifties and Sixties were also such a unique time, The Post World War II era was the first time that the rest of the world really took us seriously. The people who contributed to this era also established our world-wide image. Who would you choose to inlcude on your Christmas tree?

I just love Glass Marilyn.
Although Sinatra remains one of my favorite singers, I wouldn't choose him as the ornament.
You know, I never even realized that there are celebrity ornaments. Somehow I always stuck with the traditional ones. I think that, this year, I might just grab one of those Marilyns...

Give Your Sweetie a Heart Ornament for Christmas

Heart gifts are always a romantic favorite. It doesn't have to be Valentines ...

Decorate an Ornaments Tree to Showcase Your Favorite Ornaments

We've all got those favorite ornaments that we try to put at the front of the... 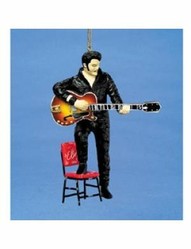 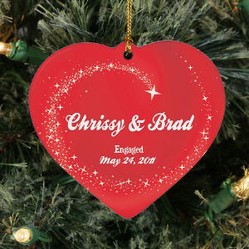 Give Your Sweetie a Heart Ornament for Christmas

Heart gifts are always a romantic favorite. It doesn't have to be Valentines Day for a gift to be heart-felt. She'll love these romantic ornaments
62%  3   8 Digby_Adams
Christmas Decorations 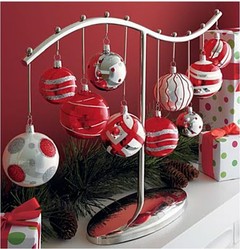 Decorate an Ornaments Tree to Showcase Your Favorite Ornaments

We've all got those favorite ornaments that we try to put at the front of the Christmas Tree so everyone can see them. You can also use an ornaments tree to show them off!
Loading ...
Error!