Coin Grading: What Are the Facts?

Coins are graded on a scale of 70, with grades of 60 through 70 being reserved for uncirculated. In theory, a coin has grade 70 if it is perfect. Many coin collectors hold firmly that there is no such thing, and restrict their purchases to grades 69 and lower. And, they get a huge price break when they do this.

In addition to the number are letters, such as PF or MS. PF means the coin has a proof finish, and MS is used for all other coins, with the letters standing for Mint State.

Special designations such as Reverse Proof, Cameo, and Deep Cameo are also important.

How Are Grades Determined?

For each coin there are things to look at, such as the number of letters in Liberty showing, the number of lines in a drape, and so on.  A brief description of the things one needs to use to grade a coin correctly is found in what is commonly called the Red Book, although more detailed descriptions are available in books devoted to grading.  And, always remember there are two sides of that coin to look at for problems and for wear.

There are many grading services that can grade a coin, and in some cases help with the identification of a coin.  Suppose a coin comes in silver and in a base metal.  A grading service should indicate on the label which coin it is.

Grading services also give the grade and any additional important information, such as Type I or Type II if there are two distinct types, cameo, deep cameo, and even such things as FT on a Roosevelt dime to indicate the presence of certain lines in the torch on the reversed.

Not all added information is positive.  Words such as “cleaned” or the dreaded “details” are not good to see.  Details indicates the quality would be the stated grade if the problem were not there.

Some problems, such as “milk spots” are not considered by grading services unless they are excessive.  Milk spots look like water spots, and happen at the mint, so the coin is as it was released.  They cannot be cleaned and trying to do so would make things worse.  Bag marks are also often ignored.

If It Is in a Slab as Graded It Is What the Slab Label Indicates, Right or Wrong?

Here we have two things to consider, the quality of the grading service and whether or not the coin deteriorated while in the slab.  Yes, if a coin is exposed to environmental damage before being slabbed the physical damage, and even the evidence of it, could have been obscured at the time of grading.  Damage may show up years later.  So, always look at the coin.

Another consideration is the quality of the grading service.  Most coin collectors agree that PCGS gives the fairest grades, followed by NGC at a strong second.  ANACS is acceptable, as are a couple of others, but many grading services over-grade the coins to make the person who sent the coins in happy.  And, some are dubious to the point that some people grade and slab their own, using their own label.  We got some coins in that were “graded” by one such person, and when we were removing the slabs to not deceive our customers one was dropped.  It opened.  The fake slabbing company did not even seal the slab to make it tamper proof.

The first slabbed coins were graded by ANACS.  This entity came into existence to give collectors assurance that coins were genuine.  Counterfeit coins are a problem, and some can get by many collectors.  ANACS filled the need of knowing a coin is genuine.

The quality grading companies have been forced to repeatedly change their coin slabs.  This is because counterfeit slabs with counterfeit coins are coming from China.  They now use holograms, and regularly update the design.

The number on the slab can determine the type of coin the slab originally held.  If the slab was issued for a buffalo nickel and now holds a Franklin half dollar the slab was opened, the coin holder with the half dollar size hole was replaced, and the slab sealed with the fake inside.  Yes, they are going that far.  You can check which numbers go with which coins on the grading service’s website.

Not Every Coin Should Be Professionally Slabbed

If a coin is worth five dollars, why would you pay much more than that to have it graded?  Grading is expensive.  Some inexpensive coins in slabs from quality grading companies are sold every day on Ebay, but they were originally sent in a bulk batch of similar coins and the grading was discounted.

Coin slabs are collectible.  They change so often that many people make a collection of coin slabs.  So, that older slab with no hologram might be worth holding onto.

It is too humid here for stamps, and I know little of them. But someone, I do not have the expertise, can also do paper currency. Thanks for stopping by.

I want to remember this site, because I collect stamps (not coins) but could do a similar article concerning stamps. 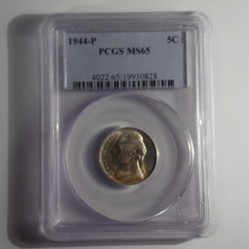