Coinage of the British Overseas Territories and Crown Dependencies

Coins of the British Overseas Territories and for the Crown Dependencies include a plethora of interesting coins, including some bullion coins and many titanium coins.

There are fourteen territories that remain under British rule, although self-government is common among them. These countries are not independent, but the countries of the British Overseas Territories can issue their own money. Some align their currency with the currency of another nation.

There are three Crown Dependencies. These include the Isle of Man, Jersey, and Guernsey.

Of the above only the Cypriot territory of military bases uses the Euro. However, interesting is the fact that Gibraltar is a member of the European Union.

Since all three Crown dependencies are within Europe, could they partition for European Union status and change to the euro if Brexit becomes a reality? Currently, they have their own currencies. Gibraltar, one of the British Overseas Territories is already a member of the European Union. Apparently Gibraltar is to be able to remain in the EU even if the United Kingdom withdraws.

Some of the more interesting coins are discussed below.

The Coins of the Isle of Man

The Isle of Min coins have long been produced by the Pobjoy Mint.  However, the current source of Isle of Min coins is the Tower Mint.  Perhaps the cat series is the best known, with the angel coin and the noble being two coins currently significant.

Since the Isle of Man crown can be fine silver or base metal, look for the indication on the bottom of the reverse under the cat image.  Ag is the chemical symbol for silver.

Gibraltar coins have long been produced by the Pobjoy Mint, and the fifty pence colorized coins featuring primates is are high quality base metal coins, which can make them more affordable.

The Tower Mint also mints some of Gibraltar’s coins.

There is a large variety of collectible coins available.

The Pobjoy Mint produces coins for the British Virgin Islands.  There are many interesting coins to choose from.

One bullion coin group that you might consider is the Pegasus coin collection.  It is a great bullion coin that comes in multiple sizes.  Here, you can find a five-ounce bullion coin at a fair price if you look.

The colored Flamingo series is a base metal series, and the coins are beautifully colorized.

The Una and the lion coin has a bullion version, and celebrates the bicentennial of Queen Vitoria.

The British Virgin Islands issues a titanium coin annually.  The Pobjoy Mint issues quite a few titanium coins, and changes the color used annually.  These coins are not enameled, like many partially colorized coins, but used a technique that completely colorizes the coin.

One of the British Overseas Territories is the British Antarctic Territory.  It has no native people, nor does it have a naturalization process.  It is comprised of scientific research stations with temporary inhabitants, and tourists.  The polar research is significant in determining the extent of damage the Earth is sustaining.  Since there is a governing unit, the issuance of coins, in particular commemorative coins, can provide funding that makes the research possible.  Yes, coin collecting can have a positive impact on the environment, albeit in rare cases.

South Georgia and the Sandwich Islands

The current coinage features Queen Victoria.  Gold and silver coins are available from South Georgia and the Sandwich Islands.

The Falkland Islands coinage from the Pobjoy Mint includes the beautiful Falkland Penguin series.  Also, the Royal Family is well represented on the coinage.  Titanium coins are occasionally minted.

The coins from the Pobjoy Mint for the British Indian Ocean Territory include fine silver coins, gold coins, and even titanium coins.

The Mythical Creatures series is a series of fine silver coins This is a five-coin series of two-ounce coins.  These proof coins are finished with an antique finish in high relief.  This is a series worth consideration.

Of course, other British Territories and other Crown Dependencies have coins, but the more interesting ones are listed here.  Some are part of larger groups.  Anguilla and Montserrat are part of the Eastern Caribbean Eight, a group of Caribbean Island nations operating under one central bank.

There are any interesting coins from places often not heard of.

The introduction image in public domain, and derived from WPClipart.  The product is on Zazzle, and is our own.

The Austrian Mint changes colors annually for the niobium coins, both for Austria and for Luxembourg, so a color change for a colorized metal is not unusual. But, some countries for which Pobjoy makes titanium coins seem to have a concentration on blue, perhaps due to the subject matter. The importance is collectors know what to expect.

blackspanielgallery, Thank you for the practicalities and products. The coins with cat images are particularly fetching.
You mention under British Virgin Islands that "The Pobjoy Mint issues quite a few titanium coins, and changes the color used annually." Would that be atypical or typical to change color yearly? 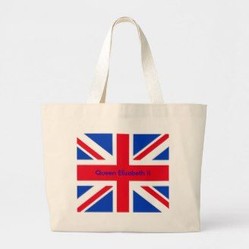