Old Testament Bible stories have been captured in coins, and the images are fantastic. There are quite a few such coins in gold and silver, and these can be inspiring to view..

In another article I showed some interesting images of coins depicting religious art, including some of the world’s best stained glass windows. That article is called Beautiful Coins with Religions Images, and concentrates primarily on the New Testament. But, there is another part of the Bible, a part that both Christians and the Jewish people share, which we call the Old Testament. The stories of the Bible that are known to both Christians and the Jewish people also make excellent subjects of coins. Below I will share knowledge of two of the coin series that concentrate on these Biblical stories. In one, the Armenian coins, we shall see a bullion coin, which usually indicates a reasonable cost. The other is by the Israeli Government and is a beautiful journey through many of the Biblical stories. These coins can be both informative and inspiring.

Starting in 2012, Armenia joined the countries issuing silver bullion coins.  These are available in one fourth, one half, one, five, and even ten Troy ounce sizes.  A few are available that are colorized and a few others that are gilded with gold.  I cannot verify if they were issued colorized or gilded, since there is a company that adds such enhancements to many world coins.  However, usually when a coin is enhanced after being issued a disclaimer and a certificate from the enhancing company is indicated on Ebay, and I have found no such indication.

The purity of the Noah’s Ark coins is 0.999 fine silver.  The denominations are in drams.  The minting is done in Germany by Leipziger Edelmetall Verarbeitung or the Leipzig Precious Metals Factory, on behalf of the central Bank of the Republic of Armenia.

The subject is location appropriate, since Mount Ararat is located in Armenia, and is traditionally believed to be the landing place of Noah’s Ark.

These coins use the same design every year.

The smaller sizes make these coins easy to own, costing very little for one.

The Beginning of the Biblical Art Coin Series is the 1994 coin.  The coins are issued by the Israeli Government Coins and Medals Corporation, Ltd.  The silver coins come in several sizes, and are Sterling silver meaning the purity is 0.935.  Both proof and proof like coins have been minted.

The denominations of these coins is in shekels.  The two sizes of silver coins are 14.4 grams and 28.8 grams.  However, since they are Sterling, or 0.925 pure silver, they contain slightly less actual silver.

In addition to the silver coins, a one twenty-fifth Troy ounce gold coin and a one half ounce gold coin are available for each year.  Often the gold coins can be found in a single box that contains three or four consecutive year issues.

Below is a list of the coins I know of in the series.  They provide an excellent coverage of most of the significant stories of the Old Testament.

The artistry of the coins is excellent, so the series title Biblical Art Coin Series is well merited.

The Coins of the Biblical Art Coin Series:

Moses and the Ten Commandments – 2005 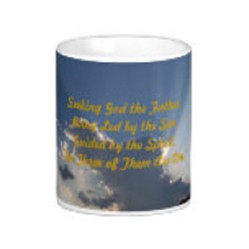 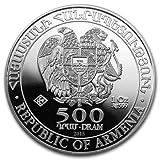