The Common Cold is a catarrhal inflammation of the nose and upper air passages now known to be due to a filterable virus (a minute germ) with secondary infection by a mixture of germs such as staphylococci, pneumococci and streptococci. It is the most common ailment which afflicts man.

The course of an attack also varies according to the resistance of the body, the time of year and the treatment that is carried out, though the French have a saying that a cold lasts two weeks when it is treated and fourteen days when it is not trea ted. The attack starts with a feeling of chilliness and often there is a sensation of weariness with occasional aches. The nose "streams" and there may be watering of the eyes.

The watery discharge gives place in a couple of days to a thick yellowish discharge which lasts a week or so, and may even become chronic.

The influence of low temperature itself has actually little or no effect upon the development of an attack, for colds have not been found to be prevalent in Arctic or Antarctic expeditions, while in an open-air sanatorium it is seldom that patients, even exposed to snow on their beds, catch cold. It is true that colds seem to be prevalent in certain families, but that is probably due to a similarity in their nasal passages, rather than to any special susceptibility, for it is undoubtedly true that any deformities or defects in the nose and throat predispose towards catching cold. In children, adenoids, and in adults an overlooked infection of one or other of the nasal sinuses, are often predisposing causes. A person who is often catching cold usually requires attention to his nose and throat.

When a cold manifests itself, the affected person ought to go to bed and stay there one to three days. A mild purgative should be given, followed by a saline in the morning, and the skin and kidney functions should be aided by hot drinks. A twenty-four hours' fast is often beneficial. The diet should be simple, but need not be limited to fluids.

One or two Aspirin tablets is the most useful drug, as it will ease any aching pains and will also promote sweating. Cough medicines may be necessary when the catarrh reaches the larynx and bronchi.

What Is Vitamin K? 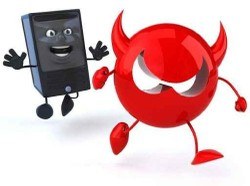