In the late Iron Age in southern Britain the British tribal coins were minted. There are problems associated with collecting these Celtic coins.

Collecting British tribal coins poses several problems. These coins are relatively new to the numismatic world, having only been discovered and revealed a few centuries back. Yes, someone could have found a hoard of coins and kept it secret before that.

British tribal coins, often referred to as Celtic coins, are coins of the southern late Iron Age tribes. These coins were minted in the late Iron Age. Probably the tribes learned of coinage from trading partners who would have had coins. It appears ancient coins from Greece and areas across the English Channel could have been an inspiration in minting coins by Iron Age tribes.

Many of the Iron Coins of the British tribes were minted using precious metals.

In 1996 the government in the United Kingdom passed the Treasure Act.  The Treasure Act covers coins and other artifacts.  The key is the objects must be three hundred years old, and the find must contain two gold or silver coins with a gold or silver content of at least ten percent.  If the content of gold or silver is less than ten percent, the requirement is ten or more coins in the same find qualifies as treasure.  In addition, there are requirements for other ancient artifacts, and even coins not deliberately hidden with the intent of later recovery that not over three hundred years old.

If one finds treasure as defined by the Treasure Act, the found treasure must be turned over to the coroner within fourteen days.  If the find is indeed treasure it is valued and offered to museums and universities.  The finder, and the landowner, get a fair value of money, but not the coins and other artifacts found.

For More on British Tribal Coins

Iron Age Coins of British Tribes
The Iron Age coins of Britain exists as pre-roman coins, but only for a small number of tribes.

British tribal coins are usually found in hoards, and it would be unusual to find single coins.  The hoards usually contain precious metal coins, and would qualify as treasure under the Treasure Act, making them difficult to own.

The greatest use as evidenced by their locations when found makes it likely these coins were used as votive offerings.  If a single coin were to be found it would likely have been dropped by its owner after obtaining a hoard of coins and heading home or by the owner going to the place the coins were to be buried.

Hence, the Treasure Act precludes many of these coins from becoming available to coin collectors.

Of course, some of the coins were found prior to the Treasure Act, and these may have gotten out.  But the introduction of large quantities of additional available coins to collectors is no longer likely.

Many of the British Iron Age Coins were buried in large caches near temples.  That brings up a question as to which deity they were offered.  The coins were apparently votive offerings.

Here is where it gets questionable.  While many of us believe in God, and we would not accept the gods of the British Iron Age, perhaps we should have a deep reasoning here.

God is the omnipotent Being who created us.  His nature has many aspects, and we accept Him as the combination of all of those aspects.

So, in antiquity people often sought a supreme Being to worship.  In some cultures, there is a chief deity and other deities for certain gifts that the true God bestows.  In that light if a culture realized the benefits for life from the sun and worshipped the sun, would God accept the worship as directed at Him as best understood by that culture?  Understand, it is not us judging the merit of how a people understood God, it is God’s understanding that is important.  So, if the Iron Age tribal people of Britain intended to worship God the Creator, even though they erred in understanding, is it possible that God accepted sacrifices offered.  Realize these people offered quite large treasures, and even weapons, so it is likely they were attempting to make offerings to God the Creator as understood by them.

After contemplating the last paragraph, we must ask if the true God accepted the votive offerings, and if so, would it be sacrilege to remove and own them?  Thus, we have a moral dilemma.  Part of the problem is that we do not know what the intent really was by the person burying a given hoard.

Of course, if worship of a false god is obvious and done for personal gain, such as a Roman general agreeing a Caesar were god for political gain, there would be no question.  The artifacts would have been given not to God, but to Caesar, with no real intent to serve the true God.

The size of a typical hoard of coins and other artifacts indicates there probably was sincerity by the person making the offering.  Hence, the moral problem arises.

I encountered the Treasure Act while reading an article on a find of old coins, not gold nor silver, numbering over ten, I believe 39 coins and half coins in Sussex. The finder did properly disclose the find, and the landowner shared. The article referenced the Treasure Act, so I looked it up. The site was believed to be of an old Saxon church, and the coins dated before William the Conqueror. The picture showed coins in great condition considering the length of time they were under ground. within two weeks I found it possible to refer t the Treasure act here, I may have heard of it in the past, since it seemed familiar, but it was not something I would have recalled.
Thanks Frank for the British understanding of the act.

The Treasure Act updated an ancient rule about Treasure Trove [treasure found. ] It was a way of managing the disposal of gold and silver. The law states that treasure must be handed over, but the finder and the landowner get the monetary value.

There are currently some metal detectorists awaiting sentence after finding a hoard of Saxon coins, telling the completely innocent lady who owned the land that they had only found two, then selling off the rest singly. They were discovered, and the police said that the arrest of one of them was a lively affair! Read into that what you see fit.

I am not skilled in why British Law is as it is. It probably is a way of preserving national treasures. Some countries will not allow ancient coins to be exported, and Austria has a mint that will not ship current coins to the United States. Some antiquities acts are because of the German looting of national treasures in the second world war, but a law enacted as ate as 1996 probably has less chance of a war connection. What is does is reduce metal detecting for ancient coins and other artifacts.

blackspanielgallery, Thank you for the practical information and product lines.
Do we know why treasure has the particular age, number and percent requirements that the Treasure Act states?

I also have heard of objects being thrown into a bog, albeit the story I came across was one person doing it twice. It was mentioned the objects were sacrificed to a god. I should have realized if one did this it must have been a common practice.

Even before Henry VIII, the Vikings raided churches and monasteries.

In a more recent event, a monstrance in the new Orleans area turned up in the hands of an antique dealer, and had to be purchased by a Catholic who returned it to the Archdioceses. I believe it was from a church that had been closed, and was associated with the flooding and looting after Hurricane Katrina.

I was almost certain of the answer of the original question, but left it as a somewhat rhetorical question for the readers, with what I thought was enough guidance so they can make up their minds. Yet I realize I am not a theologian, and feared being too definitive here.

It is more than coins, for the British Isles is replete with bog deposits, in which valuable items were thrown into lakes, probably in honour of the Great Goddess, whom we know in Arthurian legend as the Lady of the Lake.

The problem of respect for sacred objects was raised at the Reformation when Henry plundered the monasteries.A devout Protestant bishop objected to items given to God being appropriated for personal greed, but he was not heeded. Yet many Catholics saved what items they could and revered them, as we saw with the Langham Madonna.

There must be a distinction between respectful,reverent use and exploitative , irreverent use. I think that he duty to hand such objects to the state, if treasure trove, or to archaeological authorities is a form of respect, as it means that they are being put to good use for the benefit of all.This is respectful use.

Sadly, Jo Harrington no longer writes for Wizzley, as it would be interesting and pertinent to hear what a pagan has to say on the matter.

The particular situation of coins being buried as votive offering prompted the question. Of course the next question would follow, do museums have a moral right to take what was offered to a god, and accepted by the God? Hence the reason for adding this article to the religion section. The last part was the point of the article, and the answer can be extended to many situations.

You have asked a very serious question about ethics. It requires much thought,but at nearly eleven at night I will have to sleep on it.

However, Aquinas stated that all religions, except demon worship,contain shards of truth, so we must accept as valid worship that non-Christian faiths do in good faith.

In C.S.Lewis Narnia Chronicles, The Last Battle, the sincerely erroneous Calormene worshipper of the false god Tash is accepted by Aslan as he attempted to do good in a false god's name and what he did was acceptable to Aslan, whereas cruelty in the name of the true God is accepted by the Evil one.

The papal encyclical on the environment drew Catholic ideas on eco-theology t... 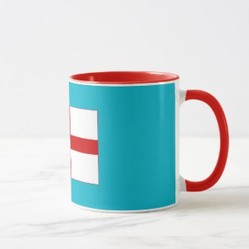 The papal encyclical on the environment drew Catholic ideas on eco-theology together and mobilized the church behind the environmental movement.
19%  4   1 frankbeswick
Religious Ethics 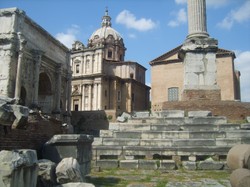 Natural law is at the basis of the Catholic understanding of Christian ethics
Loading ...
Error!