I often come upon tidbits of information that are in contrast to what I always accepted as being accurate or o.k. Sometimes this warrants a change in my thoughts or actions.

My mother, and grandmothers before her, were very meticulous women. Their kitchens were extremely clean and they followed steps when preparing a meal that were considerable acceptable. I remember watching or occasionally helping in the kitchen and when I became an adult I drew on these experiences. I followed many of the same practices when preparing meals or baking. Imagine my astonishment when I learned that I was violating some crucial food safety rules by doing so!

I recently completed an article on the possible consequences of mishandling food.  As I explained in that article, I was mandated to take an in-service training from my employer and initially did not feel it was pertinent to my job duties. During the course of the training I quickly realized I was gaining some crucial information that I could benefit from in both my professional and personal life. At this training, I was provided with information in addition to what I have already shared. I intend to expand on it here and now.

Bacteria multiply rapidly, especially in food. In a short period of time food that is left out can carry millions of germs that can cause severe illness or even death if ingested. That is not the only instance in which germs can reap havoc. For instance, most people know that Salmonella in undercooked food can cause food poisoning and that even a tiny taste of food with botulism toxin can cause paralysis or death but did you know that this can occur even if the food is contaminated with as little as 20 germ cells? How can we minimize the risk of germs multiplying and our exposure to them? One way is to become aware of common mistakes that are made.

A fundamental task before preparing, eating or storing food (actually whenever it is handled) is proper hand washing.  Germs on our hands can quickly contaminate our food. Hands should be washed with warm, soapy water for at least 20 seconds.  To prevent cross-contamination it is important to wash hands in between preparation of different foods.  This is something I have always known and practiced but when hearing of the other recommendations  or “rules” I realized I have made mistakes at various times throughout the years.

Have you ever looked in the refrigerator and wondered if something was still good? Growing up I remember being told if it didn’t taste right, to throw it away. The truth is that you can’t taste, smell or see the bacteria that causes food poisoning so taste-testing, even a small bite, can be detrimental. If there is any doubt concerning the quality of a food that has been stored then it should be thrown out.

I have never put cook meat back on a plate that raw meat has been on but I think this is done quite frequently when people barbecue outside. I have attended a few picnics where raw hamburgers or hotdogs were brought to the grill and the same plate was used when they were finished cooking and they were taken off the grill.  This is the quickest way for the germs from raw meat to easily spread to the cooked meat. It can happen with seafood and poultry just as well.

I am not guilty of thawing or marinating food on the counter but I do know people that have done this without giving it a second thought. Dangerous germs can multiply extremely fast at room temperature. Thawing should always take place in the refrigerator, whenever possible, and can be safely accomplished in some instances in cold water or the microwave. Meat or seafood should always be marinated in a refrigerator.  In addition, raw meat marinade should never be used on cooked food because the germs can spread. If reusing marinade is desired, it should be boiled first, just prior to using.

As a child I remember standing beside my mother or grandmother as cake batter was mixed, anxiously waiting for the moment when the batter would be poured into the pan and I would be handed the beater or spoon that had the excess batter on it.  There were also the days when cookies were made and my sister or I would clean the bowl with a slide of our fingers to taste the remaining cookie dough.  Looking back, it is surprising we weren’t besieged with belly aches and the likes! Uncooked eggs can contain Salmonella and other harmful bacteria. Eggs should always be cooked thoroughly and foods with raw or undercooked eggs should be avoided.  As a matter of fact, it is important to remember that meat, poultry, seafood and eggs are only safe if they have been thoroughly cooked at a temperature high enough to kill harmful bacteria.

The two final mistakes are in regard to food preparation.  In all honesty I have to admit that I am guilty of making these mistakes, in part because the recommendations have changed over the years and I was not aware of these changes.

I remember watching as my mother washed our fruits, vegetables and meat. I carried on the same practice, cutting away damaged and bruised area on fruits and vegetables before washing and then handing the fruit to my child to eat or tossing the vegetable into the pan for cooking. I missed an important step. I did not dry the produce with a clean paper towel as is now recommended.  A further “error to my ways”, I washed meat and poultry. It is now considered taboo to do this as bacteria can spread to the sink, countertops and other surfaces in the kitchen and cause cross-contamination to occur rapidly. Not washing meat was a difficult concept for my mother and many of my friends to accept. I think they initially thought I had misunderstood what was presented at my training! It was only after explaining the reasoning for this and thinking about it, that they accepted the change in practice.

The final fallacy in safe handling of food that prompted a change in my own practices involved not letting food cool before putting it in the refrigerator. I remember the homemade soup my grandmother made or the spaghetti sauce my mother simmered all day. After dinner, both women waited until these cooked meals cooled completely before putting them in the refrigerator for storage. I’ve done the same in the past with meats that have slow cooked in the crock pot all day. I know we were all under the impression that the sudden change in temperature would cause contamination when in reality, perishable foods should be always be put in the refrigerator within 2 hours, regardless of temperature. In instances where the temperature is 90 or above, food should be refrigerated within an hour.

Food safety is extremely important and something that we need take seriously.  With proper preparation and an adherence to recommended cooking and storage practices we can reduce the risks of becoming sick from what we eat.

Thankyou K...glad to see you back. Hope you are doing o.k. Thoughts have been with you.

I feel many don't wash their reusable shopping bags which can cross contaminate. Great article :)K

I did not know about the not washing of meat. I always rinse off chicken or roasts before I cook them. I always clean up afterwards also - the sink, counters, etc. I am very careful about how I handle and cook food.
Another fallacy I've noticed is that once a product is opened the expiration date really means nothing. I've asked "do you think this is still good?" and someone will answer "what's the date on the bottle?" Once it's opened and being used, it won't still be good until the expiration date. Good info here.

Every year there are illnesses, many severe, and deaths that can be attribute... 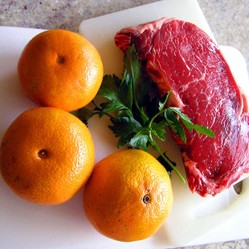 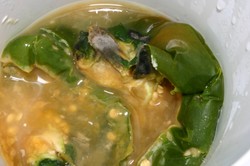 Every year there are illnesses, many severe, and deaths that can be attributed to the mishandling of the food we ingest.
95%  26   8 katiem2
Public Health

Use these non toxic bed bug traps that allow you to detect and trap bed bugs before infestation occurs. Learn how to avoid getting bed bugs in your home now, the safe and easy way
Loading ...
Error!