In the mid-1970s "Bionics" were all the rage and Kenner toys "kashed" in with tie-in dolls from the popular bionic-themed television shows.

It all began with "The Six Million Dollar Man." Few children of the 70s could forget the opening credits of the popular television show where we were informed that Steve Austin was an astronaut who had a near-death accident but was revived by scientist Oscar Goldman and his team of brainiacs for the 6 million dollar bill of the title (wiki states that, adjusted for today's dollar the amount would be more like 31 million--pretty cheap I'd say; by comparison Tom Cruise's last "Mission Impossible" sequel cost $145,000,000!!!). Oscar claimed that with robotic, or "bionic" replacement parts (including legs, one arm and an eye) they could "rebuild him, we have the technology" to make him "better...stronger...FASTER!"

After several TV movies Steve made the jump to his own series in 1973 where he battled various enemies of American capitalist interests, like international spies, robot people and even that hairy menace of the Pacific Northwest...Bigfoot!

Steve Austin begat "Jamie Somers," his similarly electrifying female pal (though no mention was made of any bionic ribs being shared, of course) and central hero of another highly successful series.  Jamie had her own troubles including maintaining her status as an empowered woman of the 70s, teaching brats in Ojai (she had to rip a phone book in half to get their initial respect!) and, of course, going circuit-to-circuit with those evil empresses of electronic excess, the Femme-bots!

In time there was a bionic dog and talk of bionic offspring.  For a short time (and through a series of brief, fairly unmemorable revivals) the world was crazy for anything "bionic" and this resulted in a lot of merchandise tie-ins with the various shows.

2) The birth of bionic dolls

The first tie-in toy with the popular bionic people shows was a 12" tall Steve Austin doll, appearing in time for Christmas 1976.  The doll was, to coin a popular 70s term, very COOL.  He was the same size as a G.I. Joe but without all those weird ball-and-socket joints and velvety fuzz on his face.  He was sculpted quite well--he looked very much like actor Lee Majors in the role and was sculpted of a durable, well-tanned hard plastic.  He came in a red jumpsuit and had two neato effects: one was an arm that could be "skinned," that is, you could roll up the latex flesh on his arm and see the robotics underneath.  He also had a small hole in the back of his head so a kid could look through his brains and see the world "just like Steve sees it!" ...or something like that.  It was a well-packaged, popular doll--one of the few "action figures" that actually made it in the tough "dolls geared to boys" market.

In due course came the equally popular "Jamie Somers" bionic doll.  While not quite as on-model as her male counterpart (I have met actress Lindsay Wagner and I think she has a remarkably memorable face so I'm not sure what the problem with the sculptors was in getting her likeness) the doll was equally fun and equally popular, and branched out into a line of accessories and alternate versions.

Along with the dolls and their friends came play sets and vehicles...but something was missing--Jamie and Steve's world risked moving into bionic boredom...until one day when treachery reared it's ugly electronic head in multiple guises!

Although not based on any specific character in the bionic series Mr. Maskatron bore a distinct resemblance to actor John Saxon who played a character overtaken by an early form of "femme-bot-ism," that is, he was inexplicably turned into an evil robot.

This idea, neatly borrowed from (spoiler alert--but you did KNOW already, right?) Ira Levin's famous book and subsequent film, "The Stepford Wives," originated in the "6 Million Dollar Man" series and then was fleshed out in "The Bionic Woman."   The concept involved a mad doctor intent on replacing humans with robots and much fun, tense paranoia was generated in the series as one began to wonder who was a robot and who was "real."

As in the show, Maskatron was able to peel his face off (and, also as in the show, the doll's faces tended to POP off at the drop of a hat--poor design on some mad doctor's part, no doubt).  As such, he could become someone else if he wanted, and came equipped not only with John Saxon's face but Lee Major's and the actor who played Oscar, Richard Anderson.

Unlike in the show, Maskatron, who was otherwise not made of any fleshy substance, also came ready to jettison his body parts as needed or replace them with weapons.  He could replace his arms with a menacing robot claw or octo-like suction device that could be shot with a projectile spring inside his bi-ceps.  He also came with a storage compartment in his back, presumably to store one of his extra faces; because of course you just never know when you're going to NEED an extra one, you know.

He was, in fact, the effigy of 6' of malevolent robotic death, the perfect foil for Jamie and Steve--not only was he completely robotic, not only did he come armed--literally--with weaponry, he could "pass" for human and...if need be...could reduce himself to a torso or head.

Maskatron was perhaps one of the greatest "super villains" in the history of toys; he was actually more fun than "the good guys!"

I first saw "Maskatron" in a Coast-To-Coast store as a young lad.  I'd had quite a coup getting my parents to give in and get me a "doll" for Christmas with Stretch Armstrong, which I wrote about in another article, and my friend down the street already had a Steve Austin doll.  With not even a birthday in sight there was no hope of my acquiring the figure and it drove me half insane with a need to possess this dastardly digital doll.  The packaging was enticing--the doll was big and loaded with "extras."  The figure had clear acrylic "robot parts" revealed in his chest and on his face, his extra (human) faces were exquisitely detailed and he was colored in a pleasing metallic silver and purple.  He came with a very John-Saxon-esque plain white turtleneck, slacks and black tennis shoes and the box art showed him, basically, kicking Steve Austin's bionic butt.

I eventually saved up enough allowance money to purchase the toy (for something like $7.99) and it was a kind of rapture I'm unlikely to feel again in my lifetime to cradle that big item all the way home.  I hacked away at the tight plastic sealing and no doubt spilled all the little spare parts all over the place.

In no time at all I was chasing my brother around the house shooting Maskatron's limbs at him, and our grumpy cat; I used the pincher-arm weapon on my screaming sister at least once and I believe I stuck the suction arm to my mom's forehead when she was taking a nap.  It was one of the most versatile toys I ever owned.

Not having "Steve" in the house to rough up, or even Jamie, and my sister's Barbies being strictly off limits to being ravaged by a robot menace, I fear my Maskatron led a lonely existence.  I'd put on his "John Saxon" face and he'd look so ticked off with the world--imagine being a villain and not having any good guys to torment!  I'd put on the "Steve Austin" face and pretend I had a 6 Million-Dollar Man doll but it just wasn't the same without the red jumpsuit and "bionic" eye.  I'd put on the Oscar Goldman face and...yawn...he was utterly boring.

There was mindless fun to be had shooting off Maskatron's arms and legs and then sticking them back on again.  Eventually I learned you could do the same thing with his head...and then I found you could, if you were careful, unhinge his thighs and biceps too, and his remaining torso looked something like a mini space vehicle that would soar over the heads of my brother's toy "synthetic people" set, the "Micronauts"  (another article for another time!).

Maskatron lasted a long time on my list of beloved toys because you could do so much with him, but in the end, like most of us, his joints began to fail and his body became old and less reliable.  Some water or something seeped into his bionic parts, making them look warped.  His faces didn't stay on right and I lost his pants and one of his shoes.

For years Maskatron kept my "Stretch Armstrong" doll and all my old Ravel plastic horror movie models company in the dark and dank of the toy graveyard that was in the basement of my parents' house.  One day, not too many years ago, my mom presented me with the remains of Maskatron and I was surprised he was in decent shape, all things being relative, and I have him still.  The dolls aren't worth a lot on eBay, even in remarkable shape, which leads me to believe they must not have been that rare; in my town there was only one, and I owned him, and was proud.  But nowadays, if you really want a bionic doll, it will cost you a great deal less than 6 million, which, considering the cost of living these days, is fairly remarkable!

Never heard of this--I don't watch TV much but I *must* find this show! I didn't know there was a G.A.H. doll, that's fun! And I'm bad with remotes too--I have one for every device I own and my friends laugh at me about it (blush)

Well this is one I've not heard of. Do you watch "The Toy Hunter" on the travel channel? The host goes all over looking for vintage toys for his clients. He had a Steve Austin doll on there once. Another boy doll that brings big money for collectors is The Greatest American Hero. My husband records that show for me every week - I can't work the remote :-( 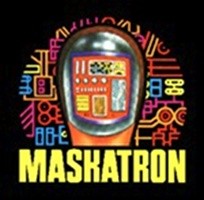 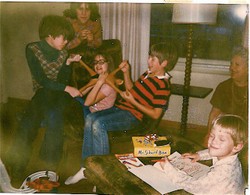 In 1976 a new kind of toy "hero" was born. He was muscular, thick, good looking...and had expandable limbs! Behold, the wonder and prowess of the original "Stretch Armstrong!"
100%  16   19 irenemaria
Vintage Dolls