Covered bridges are great places to visit. They offer a glimpse into the past, and usually are quite picturesque. And, they make excellent subjects of art.

Covered bridges were once common, especially in New England. Many still survive today. This is amazing since they were made of wood, and placed in a moist environment over rivers and streams. One would think that many of them might have deteriorated. Then, wood is subject to fire, and lightning could easily take one out during any thunderstorm, especially if the surrounding land has nothing higher than the bridge.

Today, they are appreciated for their beauty, and can immediately take us back in time to another period. They have thus become true treasures, and have found many who appreciate them.

What functions might covered bridges have served? Well, one may well have been to keep horses from becoming wary of crossing the bridge. The horse would not feel elevated over the water below. Another advantage of having a bridge covered could have been to give travelers a place to rest out of the hot sun, or away from the bitter cold wind, rain, or snow. Then, on icy wood a surface could become slippery in cold weather due to icing. There is a reduced likelihood of slipping if the bridge is covered, because ice is less likely to form, and falling sleet or snow is stopped by the bridge’s roof.

Intro image: This is an Amazon image allowed by the affiliate program.

Covered bridges are best appreciated by physically visiting them.  This allows one to attempt to feel what our ancestors felt when they used these relics of the past on a daily basis.

Visiting covered bridges requires knowing where to look.  This might be on some maps, but books on the covered bridges that exist in an area can offer so much more.  Not every bridge is in the same state of repair, some are deteriorating.  Using more than a map can avoid disappointment.  And, it may be possible to locate several covered bridges close to each other.  This will allow you to visit more than one in a single visit.

Covered bridges are often the subject of art, both photography and painting.  Wall art can be displayed for a pleasant image upon which to gaze as often as is desired.  While a print may mean more after having visited a certain bridge, this is not always practical.  Many can be found in art, but images of others are not so easy to find.

Of course, if you take a camera along with you it is possible to make your own prints.  Such images will be much more meaningful.

Images are not just for prints.  Now, with digital art and websites like Zazzle you can add your digital image to a coffee mug, or any of a large number of other items.  This is the easy way to have your own images made into art, whether it is a print of something else, and if you want a really impressive piece have a wrapped art canvas made.  By wrapped art I mean one where the image is continued onto the edges of the piece, and the canvas is wrapped over the thick edges of the piece.

This article contains links to affiliate programs from some or all of Viglink, and Ebay through Viglink, and Adsense advertising.  These must use cookies to allow for proper crediting.

There was also a hearth tax, a tax on how many hearths people had.

If you google for "Ambleside; the house on the bridge " , you will find it .

If you do get to England , perhaps you could ask Mari , Paul, Frank and the rest of us where to visit before you travel. We all seem to know the very best places north and south, off the beaten track.

Frank, the local story is that the wealthy family built it as a summer house. This is unlikely as it is so tiny that the upper classes wouldn't have countenanced it.

There were several taxes on houses , a way for the English governments to wring the public dry. people could be taxed on how many windows they had and this resulted in the bricking over of several windows. Look at old manors and you will see several examples of bricked up windows. This was to avoid tax.

Strangely enough I was once outside of Chicago and on a highway. I looked up and was passing under a restaurant, so I can easily believe a house could be on a bridge.
I would like to get to England, but before I could ever think of that I would have to retire. I am hoping to get to Canada which is easier for me, but not in the winter. Yes, there are many places I would enjoy seeing.

I cannot see how parliament could conceive of houses not being built on land or expressing this in law, and anyway,if the authorities wanted to tax the house, they would have got the courts to decide on the issue. However,the fact remains that the house is quite a curiosity.

I always believed that the house in Ambleside was built on a bridge to avoid the new British government tax at the time which exempted houses from tax if they weren't built on land. But I have no idea as to the true reason it is built on a bridge.

You ought to visit Ambleside in Cumbria, where there is a tiny house built on a bridge. The tale is that the builder was told that he could construct a house, but could have no land,so he erected a bridge for his very tiny dwelling to stand on.

One does not have to actually live near the covered bridges to appreciate them. A vacation would make them special as a remembrance. Then, there are the images. Thanks for the comment.

I do not live out East where most of the covered bridges are, but we do have a few here in Colorado and I really like them.

Wall Murals are the perfect solution to cover a very large blank wall or for ...

11 Amazing Quotes by Andy Warhol to Hang on Your Wall

Warhol's art and thoughts about life are still fresh and relevant today. When...

Flowers can be an expensive, fleeting gift. At best, they'll only last one to... 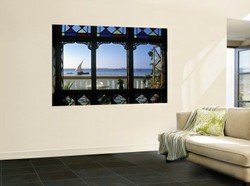 Wall Murals are the perfect solution to cover a very large blank wall or for situations where you do not want to spend a lot of money, like a college apartment or dorm room.
88%  10   8 AbbyFitz
Art and Home Accessories 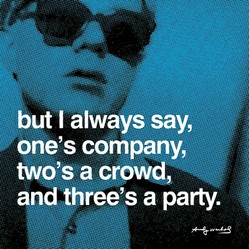 11 Amazing Quotes by Andy Warhol to Hang on Your Wall

Warhol's art and thoughts about life are still fresh and relevant today. When combined together, they make a stunning piece of pop art for your home or office.
86%  19   7 AbbyFitz
Art and Home Accessories 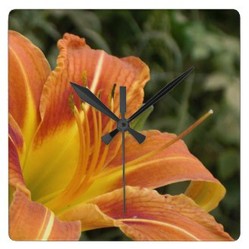 Flowers can be an expensive, fleeting gift. At best, they'll only last one to two weeks. A flower shaped clock is a unique gift that can be enjoyed for years to come.
Loading ...
Error!