In a world where the answer to almost any question is one google search away, online credibility is more important now than ever.

The ability to instantaneously share news articles and videos on social media has ushered in a new, innovative way to stay informed on current events. According to Pew Research and the Knight Foundation, a recent study shows that 63 percent of Facebook and Twitter users currently use social media as a source for news. However, not all news sources are created equally, and social media has become a hot bed for "news" written by satirical and non credible sources. Fake news with no verifiable facts or evidence easily become mistaken for genuine credibility. Even if the mistake is made and one realizes that they have shared false information, the "share" button shows no mercy. The article has already begun to circle around the internet from one friend group to another, leaving a trail of ignorance in its wake. Learning to distinguish between credible and non credible information is an important skill essential to the protection of knowledge for every human being.

Credible news sources use verifiable facts to support claims. Articles with no supporting evidence to truth are irrelevant sources of information. If an article seems to lack facts or make outrageous claims with no support, research the source the information is coming from to determine the credibility of the source. Often times, satirical sites are confused with actual credible news sources. Source URLs ending in .edu, and .gov are great sites to fact check information, as these are signs of credibility. If a list of sources is displayed at the bottom of an article, this is a good sign, but those sources should be checked for credibility as well.  It is each persons' responsibility to make sure false information is not being advertised as truth on social media. There are too many real world conflicts and issues that need attention rather than entertaining fictional news.

Here is a list of a few sources that may show up on your social media feed. While there are countless satirical and non-credible sources to be on the lookout for, these are among the most popular.

Here is a good list of credible sites that base their information on verifiable facts.

Is it possible that the non-credible websites are arranged from least worst to worstest or from worstest to least worst?

Revisiting your wizzley caused me to consider something that I had intended to stop by about and ask about way back with the first reading and with my first shared reactions below.

It's helpful to have both the credible and the non-credible websites. But I wonder about the order within each category. For example, would the credible sites be arranged from bestest to best or vice versa?

CarleyClagg, Thank you for the examples; I tend to look to the BBC. Unfortunately, non-credible articles sometimes can be appealing and convincing in nicely illustrated and informative formats. It's difficult to get past a good first impression.

Great article, I could not have said it better myself ;) btw, I too am from Illinois, Chicago. I currently live in Ohio but my heart belongs to Chicago...

This is an article about Facebook, the popular social network, and how it has... 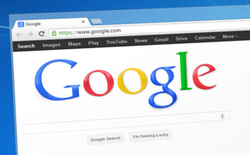 Squidoo was a popular revenue sharing site, similar to Wizzley, Zujava, InfoBarrel and HubPages. Actually Squidoo and HubPages are always compared as the top two of the trade.
89%  14   7 Winterfate
Services 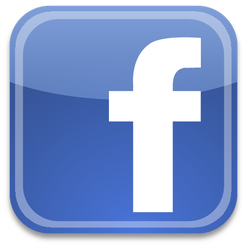 This is an article about Facebook, the popular social network, and how it has actually become a chief factor in anti-social behavior.
Loading ...
Error!