Sexual predators are required to be registered and tracked. Even signs are placed in their yards to protect the public. Do these laws work? Are we really protecting our children?

Living here in a small town in North Florida, nearly everyone knows everyone else. If you don’t know a person, chances are you probably know someone who does.

It’s common knowledge what most everyone’s family history is, what they’ve done in their life, good and bad, and what kind of person they are in general.

There are a few people here that have been convicted of sex crimes, labeled a sexual predator, served their time, and then released.

We all know who they are, what they were convicted of, and the whole story behind their crimes.

Now we all have a little extra help from our county government.

In Bradford County, Florida, red signs are now required to be posted in front of a convicted sexual predator’s home as a form of notification to the community.

Most of us here thought it was no big deal, we all knew who they were anyway. But outside media attention has stirred up a debate within our county, the country, and about sexual predator laws in general.

Sex Offenders are Less Likely to Re-Commit the Same Crime

As a mother, I first applauded the signs. I thought they were a great tool to notify residents that a sexual predator had moved into their community.

How many people think to go online and check the registry anyway?

Many of those men who have had signs placed in their yard have been quite vocal about them.

Having completed their punishment, they feel that they are unfairly singled out for their past crimes, while other so-called dangerous ex-criminals are not. 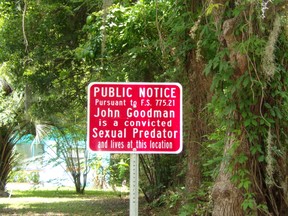 Mr. Goodman, a man who lives with a sign in front of his home, has been quoted as saying that he knew he’d done wrong and he "don't do things like that no more."

I wanted to explore this subject further, so I started doing a little research. I found that the general perception of sexual predators and offenders and our current policies on how we deal with them are terribly flawed.

The rationale behind sexual predator laws is to prevent offenders from striking again. But according to research done by the U.S. Justice Department, sex offenders are less likely to commit another sex crime. Only 3.3 percent of released child molesters were arrested again for the same offense.

Looking at the research available, there's a good chance that Mr. Goodman is telling the truth.

Are we mislabeling these individuals with preconceived beliefs that have no basis in fact but rather fear?

How Common are Sexual Predators?

The Most Dangerous are the Most Rare 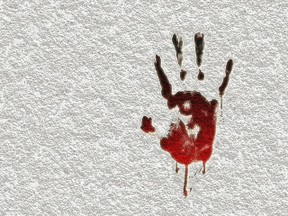 Thinking back over earlier times of my life, I cannot remember hearing about violent sexual crimes against kids very often.  Children were abducted and killed then, too, but it just wasn't national news the majority of the time.

Is it because there were less predators then, or is it because our world has become so small because of media coverage?

I tend to think that there were just as many evil people in the world as there is now, it's just these heinous crimes weren't as publicized and sensationalized by the media as they are now.

Unfortunately, in our instant world, whenever something tragic happens to a child, we watch the events as they unfold in real time.

Every news show on every channel will talk about it for days. From local news broadcasts to programs like Nancy Grace, we get the sense that these gruesome individuals are everywhere, waiting to pounce on the next unsuspecting victim.

But, in reality, these worst-of-the-worst sexual predators are very rare. They represent only a fraction of those offenders who are considered "sexual predators".

They Don't Protect Children From the Greatest Threat

I am a mother. I agree wholeheartedly that children should be protected at all costs.

Sexually violent crimes against children are a sad reality in the world we live in. However, our current legal system is not properly equipped to keep our children safe.

Crimes such as the murder of Jessica Lunsford and Carlie Brucia, though heart wrenching, are rare.

Yet our legislature is passing laws in response to these cases based on the fear that these predators are everywhere and they all re-offend.

Though passed with good intentions, these laws have done little to protect the majority of children who are at risk for sexual abuse and violence everyday.

These children are in danger, not from convicted sexual predators and offenders, but from people that are closest to them.

How can the current sexual predator laws protect our children, when the majority of predators don't have a record because they've yet to be caught?

Do You Believe Current Sexual Predator Laws are Effective?

How to Protect Our Children From Sex Offenders and Predators

By Laws Based in Fact, Not Fear

Sexual predators who will re-offend and are a genuine threat to children do exist and should be closely guarded.

Criminal psychologists have the ability to weed out these most dangerous prisoners from sex offenders who will not re-offend.

Many sexual predators will even admit that if ever given the opportunity they would attack another child.

Reform needs to be made in the sentencing of these sexual predators that have a high probability of re-offending by keeping them in prison indefinitely.

Instead of serving a determinate prison sentence, these individuals should never be allowed back into society. They should remain in prison for the rest of their lives.

Human rights activists may argue that forcing an individual to serve a time longer than they were sentenced for is inhumane.

But placing sex offenders on registries, telling them where they can and can't live, and having a permanent reminder of their past in their front yard is in itself a form of punishment and life sentence and could also be considered inhumane.

We Should Focus on the Bigger Picture

Children are Killed by People they Know 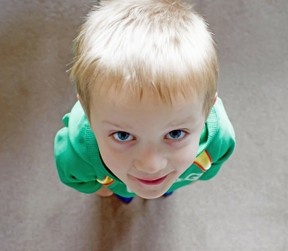 According to the Rape Abuse & Incest National Network, over three quarters of sexual assaults are committed by a non-stranger.

That means that most children are not attacked by a predator, but by people they were intimately acquainted with, such as family members or close family friends.

By the media giving so much attention to a few of the most extreme sexual predators, focus is shifted off the individuals who are the most prone to harm children.

Far more children die every year at the hands of people they know and trust than from released sexual predators.

Millions of dollars go toward preventing a sexual predator from preying on other children by close supervision, maintaining sex offender registries, and different means of notifying the public, such as signs.

In reality, public money would be better spent in working to prevent sexual abuse and violence against children from those threats we know are the most likely to kill them: a non-stranger.

Gun Laws in The United Kingdom

British gun laws are extremely tight, and they contribute to the United Kingd...

Cigarette Companies Versus the Government

Will the law forcing cigarette manufacturers result in a reality similar to t... 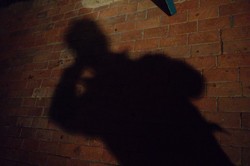 Gun Laws in The United Kingdom

British gun laws are extremely tight, and they contribute to the United Kingdom's low rate of gun crime.
48%  5   5 barbarab
Laws and Requirements

Cigarette Companies Versus the Government

Will the law forcing cigarette manufacturers result in a reality similar to that which George Orwell depicted in his book "1984?"
Loading ...
Error!