The cuisine of the Czech Republic is comfort food at its heartiest.

A popular featured vegetable is celeriac, or celery root, a prized ingredient in European cuisine.

Especially prevalent in eastern and northern European cuisines, celeriac may be enjoyed in raw or cooked states. Popular cooked preparations include:

With its high Vitamin K content, celeriac should be consumed judiciously by patients with high dosage prescriptions for anticoagulants.

Consumption of celeriac has been found to minimize neuronal damage in Alzheimer patients.

Celeriac cultivars which have garnered the prestigious Royal Horticultural Society Award of Garden Merit designation include:

Depending upon portion size, yields 4 to 6 servings.

1. In a medium pot, melt 2 Tablespoons of butter over low heat.

2. In a small saucepan, while liver mixture is browning:

3. When roux is golden brown, transfer to liver mixture and stir gently to mix.

Remove from heat and serve hot.

According to taste, garnish with minced parsley.

The Czech Republic and Slovakia are noted for their hearty, wholesome meals. The food staples are provided principally by farmland, and include milk, cheese, livestock, wheat, fruit and root vegetables. Over 340 photos.

Czech Cooking is a collection of recipes collected, preserved and authored by Jana Mladek, a USDA employee in food safety and vaccine development for more than decade.

You are what you eat: black t-shirt ~ Available via AllPosters

Mira, Yes, tomato sauce is nice in this stew. It's one of the additions which I often make to this recipe because I like the interactions between celeriac and tomatoes. I value the appreciative status which celeriac enjoys in European cuisine. Please let me know whenever you make this liver stew with celeriac. Since you already appreciate celeriac, I'm sure that you'll like it in this stew.

P.S. I use celeriac quite a lot in my recipes as it's one of the staple foods here and I quite enjoy it; it's also very healthy, as you say :)

We make this liver stew with liver, onion, and tomato sauce. I'll try it with celeriac too :)

Villa Tugendhat is not even 100 years old. It owes UNESCO World Heritage stat... 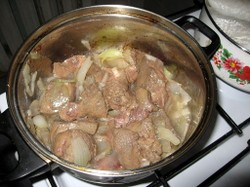 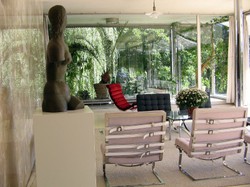 Villa Tugendhat is not even 100 years old. It owes UNESCO World Heritage status to its pioneering architecture. It also serves as a popular cultural venue and tourist destination.
Loading ...
Error!