Teach grammar and mechanics in the context of real language with every day edits -- daily editing and proofreading activities.

Students do not need long lessons to learn, but they do need repeated exposure. That reality is one of the reasons why daily proofreading is so powerful for developing language arts skills. Short exercises, usually five to ten minutes, done every single day of the school year result in a deep understanding of how grammar, punctuation, and mechanics work. Because there is constant review, there is no opportunity for the grammar rules to be forgotten.

These proofreading skills also bleed over into composition and the proofreading and editing required for it. Students become better at looking critically at a piece of writing so that they can both identify and correct errors.

The Evan Moor Daily Paragraph Editing is my favorite series for daily proofreading workbooks. Each workbook includes thirty six weeks with four paragraphs each week. (The fifth day has a paragraph writing prompt.) Each week has a theme for the four paragraphs. The errors, however, vary greatly from day to day and week to week.

Corrections are included in the back of the book so that you don't miss anything.

The books are designed to be reproducible, so you can reuse them with other children in the family or with an entire class of students.

If you prefer an instant download, the Evan Moor Daily Paragraph Editing series can also be purchased from CurrClick in eBook format.

The Many Benefits of Daily Editing Practice

Students generally enjoy editing practice instead of traditional grammar exercises. Usually, a grammar exercise has numbered sentences, each covering the same grammar or mechanics issue. After time, it becomes predictable and boring. The sentences usually seem contrived (because they are).

On the other hand, daily edits seem more authentic because of the variety of errors included in them. When students edit their own and others' work, they will find the same situation -- all kinds of mistakes ranging from spelling to punctuation to subject verb agreement. Because the paragraph can cover such a range of grammar concepts, there is no need to contrive strange sentences. The language is more natural and flows.

Editing practice puts the student in the role of critic. He's not wrong; the paper is wrong. And he has to find the errors. For some reason it is part of human nature to enjoy pointing out the flaws in others. As bad as this may be, you can use it to your advantage when crafting your language arts lessons. Let your students play the role of the editor as they nit-pick the exercises.

A warning:  Language is an organic thing, and there is often more than one way (or even two or three ways) to express the same idea. Don't be a slave to the answers in the back of the book. Multiple corrections are valid for many corrections.

The headphones were not broken they were just missing the foam cushion.

The headphones were not broken. They were just missing the foam cushion.

2. Use a comma and conjunction to join the two independent clauses.

The headphones were not broken, for they were just missing the foam cushion.

3. Use a semi-colon to join the two independent clauses.

The headphones were not broken; they were just missing the foam cushion.

4. Convert one of the independent clauses into a subordinate clause.

The headphones were not broken just because they were missing the foam cushion.

It may even be possible in some instances to simply delete the subject of the second independent clause and make a sentence with a compound verb. (It doesn't work well in my particular example, though.)

The bottom line is to allow students to experiment with language and come up with different ways to solve problems. The safety of a daily proofreading exercise is a perfect avenue for trying out new sentence patterns and grammatical structures. So encourage children to try and gently correct them when they miss the mark.

Besides the Evan Moor workbooks, there are other good editing practice books made by Teacher Created Resources and Scholastic. The Editor in Chief series is another daily paragraph edit workbook that is suitable for middle school and above.

How to Use Daily Proofreading Exercises

Implementing and Getting the Most From the Workbooks

When I was teaching, I often used daily edits with my students. It is a very good exercise to keep grammar skills fresh.

My top picks for Bible curriculum for homeschooled students.

Including music in your homeschooling day is easier than you think. 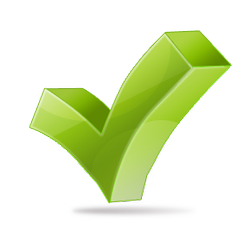 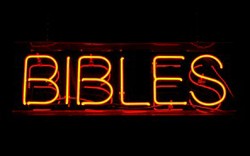 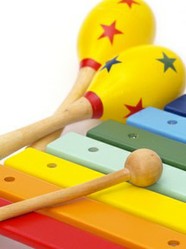 Including music in your homeschooling day is easier than you think.
Loading ...
Error!