Who's your favorite James Bond? Everybody has one. Without question my choice is Daniel Craig and I'll be delighted to tell you why.

Daniel Craig made his James Bond debut in the movie Casino Royale, which was released in 2006. His Bond character role is set as a prequel to the original Ian Fleming James Bond movie series. The story begins when James, recently promoted to 00 status, begins his first mission, in which he faces a mysterious private banker to world terrorism and poker player, Le Chiffre. Le Chiffre is scheduled to participate in a high stakes game of cards in Montenegro and James Bond must play against him to prevent him from winning. In this film James Bond makes his ascent to agent 007 with a license to kill.

(2) In 2009 DelMonte Foods launched an ice pop molded to resemble him emerging from the sea in Casino Royale. What could be more lovable than that?

(3) He quit smoking to prepare for the role as James Bond.

In Casino Royale, Quantum of Solace, and Skyfall, Daniel Craigs's Bond character is more tough guy than gadget geek. He uses his intelligence and brute force to conquer the villains, and many of the scenes show him bloody and beat up. It’s a big switch from the previous Bond roles, where he seems impervious to harm. Craig’s action scenes are gripping and designed to showcase his sex appeal.

And in Casino Royale he falls in love with the government appointed accountant assigned to monitor the money James uses when gambling. She is Vesper Lynd, the only woman who can steal his heart. The premise is that memories of this love affair stay with him throughout his career and keep him from becoming attached to the other beautiful bond girls.

Another modern twist is the type of cars he drives. In many scenes he is seen in small economy Fords instead of high priced powerful sports cars. Perhaps he is a more earth friendly Bond? And he makes mistakes, which portrays him as more vulnerable that the other Bonds. The persona projected by Daniel Craig’s James Bond is designed to appeal to women as much, or maybe even more, than men. In fact, the Casino Royale shot of Daniel Craig in his swim trunks has topped the sexiest celebrity men polls many times.

Very Steve McQueen-ish In My Opinion

You Decide Which Actor Is The Best James Bond

Who Is Your Favorite James Bond?

For Those Who Cant Get Enough Bond

Glad your spirits were lifted Telesto. I smile every time I see Daniel Craig too I must admit.

What a way to start the day! Thank you FitzCharming, you have put a HUGE smile on my face.

Vincent Price was the ultimate evil character actor in the mid 20th century i...

If you like adult drama with a healthy dose of corruption, violence, sex, and... 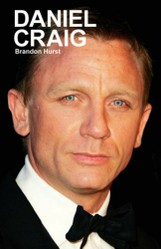 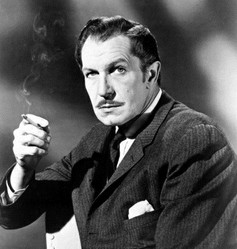 Vincent Price was the ultimate evil character actor in the mid 20th century in American films. Almost everyone has at one time or another seen one of his films.
26%  2   3 fitzcharming
HBO 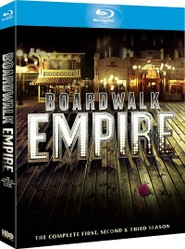 If you like adult drama with a healthy dose of corruption, violence, sex, and gangsters, then this is a series you should watch.
Loading ...
Error!