Death Masks and Postmortem Photos - Pictures of the Dead

Do you collect old photos? Sometimes it is not easy to tell whether someone in a photo is dead or alive, let me help you tell the difference...and share a bit about death masks.

You may wonder what would prompt me to write about a topic that seems morbid. Many know that I love going through old photographs, old letters and old paper items. My curiosity with this topic began in the late summer of 2009 when I came home from an auction with a box of photographs that contained 2 postmortem (after death) photos.

The interest in death-masks came about the same way. I came upon the photo you see below in another box of photographs I came home with a several years ago. It was taken in the New York studio of sculpture Victor Frisch..I sold most of the photos, but kept one that I have included below because it is beautiful and contains several of the sculptures he is noted for. In the upper right of the photo below you will notice the death mask that I've featured on this page.

If you have ever been to Central Park in New York, according to what I have read, he did the "Snow Babies" statues at an entry way to a section of the park. I will share more about him later.

I hope you enjoy your visit and learn a bit about the unusual practice of making death masks and taking photos of people after death.

by Claudia Meydrech aka happynutritionist
New on Wizzley: April 2015 - Updated 5/14/18

Summery of the Life and Work of Sculpture Victor Frisch

Before we continue with the titled subject matter of this page, some of you may be looking for more information about Victor Frisch. You may have been searching the name and came upon this page, so let me share a bit from a brochure that I acquired along with the photos.

Born in Vienna, Austria, Frisch was the son of Prof. Baron Josef von Frisch, a Physician. Victor Frisch also studied medicine, and upon graduation went to Munich, Germany to study painting. He then began sculpturing while at the Academy and his work caught the attention of Auguste Rodin of Paris. Frisch was invited by Rodin to be a student in Paris of the late Auguste Rodin.

Frisch studied under Rodin for 12 years, doing many marble sculptures. One of the sculptures done by Frisch for Rodin should still be at the Metropolitan Museum in New York, it is called "The Hand of God". Though the brochure I have about Frisch and his work says that his hands did this and many other pieces for Rodin, the work itself is attributed to Rodin. He later worked independently, doing his own works.

During the World War, his work ceased for a time, as he was an Austrian and thus interned. Rodin did all he could to free his friend. At the end of the war, he was transferred to Switzerland, and eventually became a Citizen of the United States.

His studio, which is pictured in this photo I own, was at 42 Washington Mews, near 5th Avenue and Washington Square, New York City.

His works can be found in many art galleries and museums in Europe. You will also find his works in public parks and outdoor plazas in Austria, Switzerland, Germany and France, and as I said in the introduction, in Central Park.

If you would like to see the brochure that provided the information I am sharing, I can send an image, you will need to contact me in the comment section/guestbook below.

When looking at death masks available for sale, realize they may not be originals, and make sure they are actually death masks.

For example, there is a mask of Abraham Lincoln that is often called a death mask that was really made when he was alive, a year or so before his death.

What brought you here today?

More About of Death Masks - their Stories and Secrets

After finding the photographs I mentioned in the introduction and satisfying my curiosity about death masks, and searching to see if such things sold on eBay, I was amazed to see how many pictures there were, and what I learned just by visiting the pictures. It made me wonder how many times I had sold a photo in the past that was postmortem without knowing it.

For example, often a soldier would be dressed in uniform and would be posed in a standing position using a stand to prop him while the picture was taken; family members would be sitting as if posing for a family photo, but one of the members might be dead; a parent may be sitting holding a dead infant. These are only a few examples of what might sound strange to us, but was normal practice at one time.

You can most easily recognize a postmortem photo by looking closely with magnification at the eyes, looking for signs of a stand if the person is standing, looking at facial expression, and sometimes on Cabinet Card photos, the photographer's information on the back will tell you the person specializes in death photos, as was the case in one of the pictures I had.

Be careful if shopping for these photos that they are authentic. Ask any questions of the seller ahead of time.

They are available for a limited time

Visit the Following Link for General Information about Photo Collecting

If you are looking for more information about how to identify vintage photo types and about collecting photos, the following link will be helpful

Collecting Vintage Photographs and Albums - How to Identify Old Photo Types
When looking for vintage photographs to collect, it's important to know a CDV from a Cabinet Card; an Ambrotype from a Daguerreotype; and what makes a photo worth collecting.
Updated: 05/14/2018, happynutritionist
Thank you! Would you like to post a comment now?
3

Guestbook - Was any of this information new to you? Do you have any questions?

@Jeff, I didn't notice this message when it came in, and I am hoping you will see my reply as I am unable to reach you privately. I would be happy to email you images if you can provide me an email or a way to send them to you.

Claudia,
I came across your website while searching for information on Viktor Frisch and it appears that we may have mutually beneficial information we could exchange.
My grandfather, Henry I. Wachtel, was a dentist in New York City from approx. 1915 to 1955. During the Great Depression he would exchange dental work on numerous artists for pieces of their artwork. Among the pieces handed down by my father are two sculptures, one bas-relief piece, two copies of Frisch's biographies (one inscribed to Henry, the other in German), AND a death mask marked (I think by my father) as Viktor Frisch. It looks like the mask in the brochure you photographed but it seems strange that his own death mask would be hanging in his studio unless the photo was taken after his death.
I would gladly send you photos of the death mask, along with pics of the sculptures in exchange for your images of the brochure.
Hope to hear from you soon.
Sincerely,
Jeff Wachtel
Fort Bragg, CA

@burntchestnut They use the prop for anyone they want to appear standing. Coffins make it pretty clear that the person is dead but these vintage photos can really be tricky to identify.

Interesting! I didn't know about dead soldiers being propped up to appear in a family photo. I have run across photos of people in their coffins.

My Spiritual Journey through Works of Art

Let me take you on a personal journey through inspirational art that I love, ... 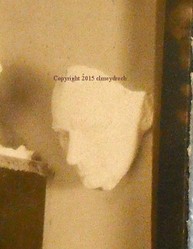 Christmas is one of the most beautiful times to visit New York City, NY as the City that never sleeps really puts on a beautiful and colorful show of lights and events.
57%  7   5 happynutritionist
Contemporary Art 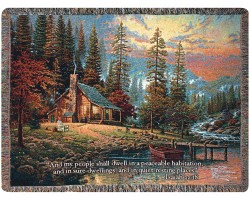 My Spiritual Journey through Works of Art

Let me take you on a personal journey through inspirational art that I love, and as part of that journey, you will learn a bit about my spiritual side.
Loading ...
Error!