Diabetic Coma: View From the Inside

Diabetic coma can be seen from the outside, but this time you can read about what it is like from the inside. An account from someone who suffered and survived.

Diabetic coma from the inside 'looking' out.
What is it like to be in coma?
Is it all dark and scary?
Does it hurt?
Can you think?
Can you hear what is going on around you?
Can you come out the other end, alive?
It's possible.
I'm proof!

In the previous articles in this series on diabetic coma and high blood glucose (hyperglycemia, hyperglycaemia) you will have read about the symptoms of high blood sugar, what diabetic coma is, and how I got to the point of being in a diabetic coma. If you have not read those yet, here are the links:

In this article I am going to tell you what it was like inside coma. That is, what I can 'remember'. I do not recommend doing what I did in order to find out whether what I tell you here, is fact or fiction. In my mind it was fact. Once out of coma, I can categorically state that it was fiction - it's funny how the mind plays Loci sometimes. Not only do your eyes deceive you, but your brain see's things that could never be there!

Sugar is great in small quantities. Our body functions by processing glucose, using insulin, into energy for cells. When this mechanism is disrupted, as it was for me when my pancreas was injured, the process is severely impaired and the left-over glucose accumulates in the blood. This can have hallucinatory consequences and major effects on the ability of nerves to function.

However, the most devastating effect of excess blood glucose is coma.

But before you, or any member of your family, get anywhere near that state of affairs, you should seriously consider getting checked for diabetes by your physician or pharmacist. If you cannot make the time, or cannot afford to attend either practice, then the next best alternative is to do it yourself, with a blood glucose monitor.

Glucose As An Hallucinogen

Hallucinating whilst in coma

I believe it was the sugar that made me hallucinate (basically the lack of fluid in my blood stream, I suppose), but it could have been the extreme levels of insulin that were pumped into me. Enough to kill a horse.

This is a view from inside a diabetic coma caused by high blood sugar (hyperglycemia). Hearing, but not processing the incoming information as normal. It is a view of coma from within, 'looking' out.

Now, it may have been the medication, but I contend to this day that it was the sugar.

Well, something caused me to hallucinate.

I think it went dark for some time. Well, it seems to me that it went dark for some time. The sort of dark that you think you go through when you first go to sleep. You don't know that there is nothing between starting to sleep and dreaming, but you have an idea that there is. And if you are wondering: is this where he tells me that he 'had a revelation', 'saw the light at the end of the tunnel', someone says to 'walk this way', and then, 'Bang! he's back with the living'?

I saw no light. Not the way anyone else has described their near-death experience. No-one called me to the light. Well, they couldn't could they? There was no light!

The next thing I "remember" is sound. A metaphysical sound. The sort of sound that is in your head and has not got there through your ears. A dreaming sound. Conversation. Conversation unrelated to my circumstance. Not that I understood it to be my circumstance in any way.

And I cannot confirm that the conversation took place, or not.

But it was a conversation that did relate to my circumstance. And somehow I did know that it must be happening around me, somewhere. Or not, I don't know.

You should have been me! I am as confused now as I was then.

I reckon I am pretty much a rational kind of guy. Laid back? Yes. Able to analyse situations? I would like to think so.

Anyway, this conversation seemed to be about one of the nurses looking after me. It felt like a black nurse, in my mind's eye. I don't know why, or whether it has any significance. She was about to get married and I was holding her up from getting ready for the wedding.

I have not been able to confirm this, as I was moved to a high-dependency ward from the near-death ward.

At what point this conversation sparked in my head I do not know. But it went on, seemingly, for a long time. And it went on more than once, as I recall. To the best of my "knowledge"!

And it concerned me. Concerned, as in it made me feel guilty.

"Why was I causing this situation?", I asked myself, mentally.

I must have known I was dreaming. I knew I wasn't awake. What's happening? Ooh, weird!

The next thing I "remember" is "looking" across the ward.

At this point I must have come to the conclusion that I was in a hospital ward. Why? Because what I saw were hospital beds. Nothing strange there! But the other thing I "saw", was strange.

Salvadore Dali was acting in a scene in "Pirates of the Caribbean".

Which one? I don't know!

But I did recognise those two pirates. The double-act, short bald-headed one and the skinny, taller one whose eye-ball falls out. I've always been bad with names.

And what was happening?

kind of way. They were real enough to touch, without even thinking that I could go and touch them.

I must have had the thought that this was an hallucination, because I knew that Salvadore Dali was dead. But then, could it be a Christmas Panto for the ward members? Well, or something like that. Can't describe it - it had an essence of being too weird.

And then I woke up.

Or at least, I became aware of my surroundings, in a reality sort of way.

That's when I found out what had actually gone on.

Conclusions On A Near-Death Experience

Well, those are the conclusions I come to. And it is my hallucination, so I'll cry if I want to! Damn song lyrics keep creeping into my consciousness.

Are There Any Gods?

Are there any Gods?

Not unless Salvadore Dali is a God. Or the pirates are angels. But then they did not call me over to be an extra in the Panto. Very impolite!

Perhaps, the usual things that are reported after a near-death experience did not happen to me, because I have no God-spot. I already did not have any belief in any God(s).

Perhaps if I had an inclination towards any belief-system, then my hallucinations would have taken a whole different path. The path to enlightenment. But in my view I am now enlightened. In my estimation it has been confirmed to me that when I die, that's it. Goodbye. The onset of that blackness that comes at the beginning of sleep. But no dreaming after that. Peace, quiet, end of senses and therefore end of pain.

I have no need for Gods. I know where I am going and what is going to happen to me. I don't need to worry. I can focus on what is good in life, and drink at its water-fountain.

God Or No God, That Is The Question

I've told you about the period when I was falling into a coma, and what emergency personnel did to get me to hospital. And I have told you that after 8 days, I floated into reality. But what reality happened in between? I have learned since:

Insulin is a hormone produced by the pancreas which is central to regulating carbohydrate and fat metabolism in the body. Insulin causes cells in the liver, muscle, and fat tissue to take up glucose from the blood, storing it as ...

Amputation is the removal of a body extremity by trauma, prolonged constriction, or surgery. As a surgical measure, it is used to control pain or a disease process in the affected limb, such as malignancy or gangrene. In some cases, it ...

But I did come out of the end of the drainage tube alive!

Diabetic Amputation Due To Nerve Damage

Diabetic neuropathies are neuropathic disorders that are associated with diabetes mellitus. These conditions are thought to result from diabetic microvascular injury involving small blood vessels that supply nerves in addition to ...

Going into a coma was not the most scary thing that has happened in my life.

Because I did not know it was happening.

Hallucinating whilst in the coma has bolstered my knowledge that Gods are a figment of the imagination.

There is life after near-death, but not after death itself. But that life can be pretty painful if what has happened to me happens to you.

That is the other story.

If your faith compels you to want to take issue with the views I have stated here, then I would be most happy to discuss these through the medium of comments.

That's all between you and...well, Dali.

My own writing cloud - can I keep all my stuff safe there - so's I can get to it wherever I am, and whenever I want?
Never had my own cloud before - how do I keep it clean?
Can I have my own halo too?

No, no...you're in the right place, Chaz. This IS heaven. Now get back on your writing cloud. :)

Oh, so I got called to Wizzley. I must be in heaven. Or is it the far side?

There was no light because you weren't ready to get called to the other side. Wizzley still needs you. 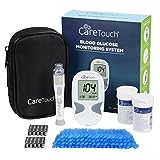