In 1962, prayer was removed from America's public schools. Some people believe this led to moral decline.

The so-called Sexual Revolution began in the 1960's, with premarital sex sharply increasing in 1965. Divorce rates dramatically increased in the 1960's. Crime rates rose dramatically at the end of the 1960's as well. Was this just a conincidence? Many religious people say no. The removal of prayer from schools was a direct cause of the sexual revolution and rising crime rates. Removing prayer from school led to moral decline.

One problem with blaming the sexual revolution on the removal of prayer in schools is that both events occurred too close together. If prayer in school really made people more moral (a very subjective term), the sexual revolution would have had to occur much later than it did. Because both events occurred at about the same time, the people engaging in premarital sex in the 1960's would have actually gone to school before the removal of prayer occurred. This is true for divorce rates as well. The dramatic rise in divorce rates started in the mid 1960's. Most people who divorced in the 1960's and early 1970's were exposed to prayer in school.

Just because A and B happen around the same time, it does not automatically mean that A causes B. An increase in ice cream consumption correlates to an increase in crime. Should we assume that eating ice cream causes people to commit crimes? This is an example of a spurious correlation. The same can be said about arguments related to removing prayer from schools.

So, what is a more likely explanation for the sexual revolution? There are many reasons why the sexual revolution happened when it did. The Pill is one reason. The Pill was approved in 1960. For the first time women had a highly effective way to prevent pregnancy. Another reason is that more women were pursuing higher education and aiming to have careers. Because of this many women put off marriage, which increased the likelihood of having premarital sex. It's easy to avoid sex before marriage if you marry at 19 or 20, which was once very common, versus your mid to late 20's. Women having careers is a likely explanation for increasing divorce as well. Women were no longer forced to stay in unhappy marriages for economic reasons.

Of course, there was a "sexual liberation" movement during the Roaring Twenties as well when schools did have prayer but before the availability of birth control pills. Often there are many and complex reasons why things happen when they do.

As for crime, while it is true that crime rose significantly during the 1960's and 1970's, there was a sharp decline starting in the 1990's. The homicide rate in 2010 was actually lower than the homicide rate of 1960 (two years before the removal of prayer in schools).

Were People Really More Moral Before Prayer Was Removed from Schools?

Did people really become less moral after 1962? It really depends on what aspect of morality you are looking at. Just take the issue of race. Prior to the ending of prayer in school, racial hatred was a huge problem in the United States. In the 1950's, schools were segregated, blacks sat at the back of buses, lived in separate neighborhoods and used separate public restrooms. Even when the Supreme Court outlawed segregation in the mid 1950's racism was still rampant. The US hasn't had school prayer for decades, yet we do have a black president. When it comes to racial issues, we have definitely improved morally.

Removing prayer in school did not lead to social problems like divorce and higher rates of premarital sex. It was simply a coincidence that has led to a spurious correlation. A child starting kindergarten in 1963 would not have been old enough to be sleeping around, committing a crime or getting a divorce in 1970. Many of the people who were part of the initial rise in premarital sex, divorce and violent crime in the 1960's went to school when saying prayers was still the norm.

Crime rates, divorce rates and teen pregnancy rates all declined in the 1990's despite the lack of prayer in public schools and at a time when church attendance declined. Of course, prayer is allowed in school as long as it's student led. What isn't allowed is school led prayer. This makes sense in a religiously diverse country where prayer in school would create a huge amount of controversy. Religious minorities would protest having prayer pushed on them by the majority. Many people who want prayer in school may not like the type they get. Prayer in school would cause a lot of problems without actually solving any.

Do you think school prayer is realistic in a religiously diverse country?

Birth rates have fallen significantly in Western Europe and many countries wi... 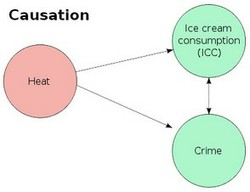 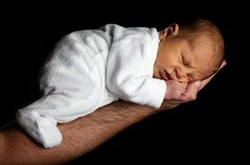 Birth rates have fallen significantly in Western Europe and many countries will soon have shrinking populations.
100%  30   15 frankbeswick
Christianity