Would Gangnam Style Have Gone to Number 1 Under the New Billboard Youtube Formula?

Gangnam Style by Psy was hugely successful on both Youtube and iTunes. However, it peaked at number 2 on the Billboard Hot 100. The song's weakness was in radio play. Spins on radio were heavily weighted in the previous Billboard formula.

The song had 500 million views on YouTube and 1.6 million downloads. Yet it was blocked from the number 1 spot due solely to insufficient radio play. Many people blame "corporate radio" for keeping the song out of the top spot on the Hot 100. Plugging the numbers into the new formula shows that Gangnam Style would have spent two weeks at number 1.

Radio play and single sales largely determined where a song charted on the Billboard Hot 100. The chart doesn't try to track sales alone. It tries to track overall popularity. Since many people now get their music through streaming with services like Spotify and Mog and websites like Youtube, Billboard felt that popularity wasn't properly being tracked using their old formula.

This was definitely true for Gangnam Style. It was the most popular song in the US based on sales and Youtube views. The question is, would Gangnam Style have gone to number 1 with the inclusion of Youtube views? The new formula doesn't just track official music videos. It takes parodies, live performances, and basically any video that plays a particular song into account.

Harlem Shake, which recently debuted at number 1 on the Hot 100, partly got there based on numerous videos individuals had uploaded of themselves dancing to the 30 second intro to the song. The official song only had about 5 million views after six months on Youtube. Under the old formula, the song would have debuted at 15 on the Hot 100.

It's hard to say how any past song would have done just by plugging in past numbers into the new formula. The problem with Youtube views is that they can easily be manipulated by avid fans. Singers with massive fanbases will be able to upload large numbers of videos in an attempt to ensure that their favorites get more views. They will also be encouraged to run videos solely for the purpose of building up the view count.

Psy's Gangnam Style could have spent several weeks at number 1 if they new formula had been in place. However, the opposite is also possible. If the fanbases of other singers had been able to inflate views, Psy may have actually peaked lower than the number 2 spot. It doesn't make sense to go back and ask what if questions because the new formula makes chart manipulation so easy.

Steve Rogerson reflects back on his days working on a university radio statio... 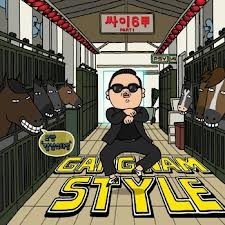 Did Removing Prayer from Public Schools Lead to Moral Decline?on 02/07/2013 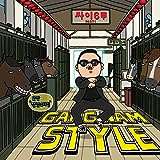 Back-up singers of rock and roll, 20 feet from stardom. They are nameless but their voices are heard around the world. Merry Clayton, the Diva of Gimme Shelter....
37%  1   5 SteveRogerson
Artists 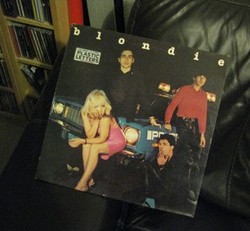 Steve Rogerson reflects back on his days working on a university radio station in Lancaster and an unusual meal with Debbie Harry of Blondie fame
Loading ...
Error!