Do You Live In A Dented Bucket?

Sometimes we put way too much importance on what we see in the mirror rather than working harder to improve what lies beneath the surface.

What Does Your Mirror Say To You? 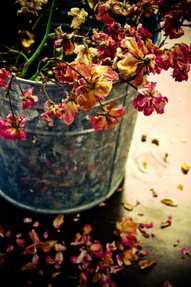 As I grow older, I see my body shifting and changing almost before my very eyes. Gravity is definitely no longer a friend other than to keep my feet planted steadily on the path before me.

Sometimes we put way too much importance on what we see in the mirror rather than working harder to improve what lies beneath the surface.

In our youth, this is especially true as the world tells us what to do to “enhance” what the Lord has bestowed on us as an individual.

Would You Mind Starting Out In An Old Dented Bucket?

This reminds me of a story I heard once, told by the owner of a boarding house near a large hospital.

It was her practice to take in people from out of town who were undergoing procedures at the hospital and had to remain in the area for a time. One night, a very strange gentleman rang her doorbell. He was very small in stature, showing the age of time both on his body and in his clothing. There were large, red, swollen blotches covering his face from the day spent with his doctor.

He explained that he only needed a room for the night and, though he had walked all over town, not a room was to be found. He went on to say that he knew it was because of his unsightly appearance and would be very satisfied to sleep on the porch in one of her chairs, just to have shelter for the one night.

At first she was taken back by his appearance and

request. But she quickly recovered her composure and told him she had a room for him if he would just wait there on the porch until the room could be made ready.

When dinner was done, she offered him something to eat, but he presented a brown paper bag, saying that he had plenty with him. However, he was quick to thank her for her thoughtfulness.

After dinner, she found him back outside on the front porch so she decided to sit with him for awhile since he looked like he could use some company.

As he talked of his life, he told her he was a fisherman and he helped to take care of his son and his wife and children. However, not once did he complain of this as a chore but, instead, praised the Lord for the opportunity. 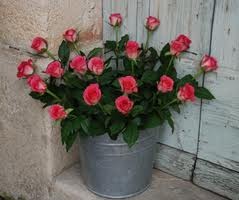 The longer she listened to the little man speak, the more she realized what a privilege she had been offered to spend the time with him. She found him to be gentle and kind without measure and soon forgot his appearance all together. He was a beautiful man inside with a soul of richest compassion.

As he was preparing to leave the next morning, he asked if he might come back to board with her on each of his future hospital visits. She genuinely felt pleased to know that he would return and told him so.

That afternoon, her neighbor came over appalled that she had allowed that “horrible little man” to stay in her boarding house. She simply smiled, wishing that she could share with the entire town the beauty she had discovered inside this man.

As the months passed, not only did he return time and time again to stay with her but he always brought gifts with him of oysters and kale and other wonderful things from his nets. There friendship continued until his death some years later.

One afternoon, as she visited with a friend who owned a greenhouse, she noticed a beautiful flowering plant growing out of an old dented bucket on the patio. 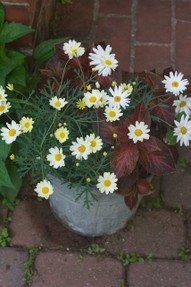 As she gazed on this odd contrast, she asked her friend why she had not used a beautiful pot for such a beautiful plant.

Her friend answered easily. “Oh, I knew this would be a beautiful plant and, since I didn’t have another pot, I thought it wouldn’t mind starting out in this dented bucket. It’s beauty will easily shine through.”

On the walk home, she thought about that dented bucket and smiled.

Obviously, the sweet, old fisherman hadn’t minded starting out in his small framed body with it’s dents and imperfections.  And, now, in Heaven, God had surely made him tall and beautiful…to match his beautiful soul.

Don’t see the very worst in me

But look beyond your view,

Though not easy to construe. 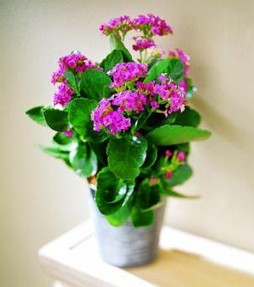 Instead of seeing less in me

Than may be hiding there,

Find more in me than I myself

What talents dwell within

Until the time is taken

To see the soul inside of men.

Which Receives The Majority Of Your Attention?

Therefore, when we look in the mirror, whom do we really see? Do we see what the world 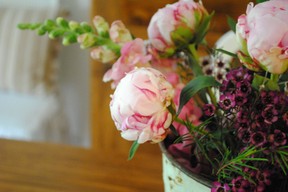 sees or do we see whom the Lord sees? Which one of us gets the majority of our attention? Something to think about, isn’t it.

And how do we treat others? Do we turn away from those less fortunate than us? Do we turn

away from those who don’t meet the world’s

standards or do we still see the person inside, the one God created and loves?

Insight, Through The Eyes Of A Child

One day a little boy walked quietly into a small restaurant, seating himself at the counter.

When the waitress asked how she might help him, he wanted to know the price of a piece of apple pie with vanilla ice cream on top. She told him how much it would cost him and moved to the next customer while he counted his change. 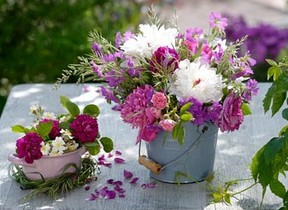 When she returned, he asked her for just a piece of apple pie. She brought the pie to him, annoyed that his face was dirty and his hair uncombed.

He sat slowly eating his pie and soon left the stool, paid the cashier, and walked out onto the sidewalk, on his way home, she assumed.

As the waitress cleared the plate, she found four shiny quarters beside the plate. She suddenly realized that this little boy had the money for the ice cream but, had he bought the ice cream, he could not have left her a tip.

She stood with tears in her eyes, as the lesson she had just learned hit her fully in the face.

Are You A Thermostat Or A Thermometer?

We never know what wonderful gifts may be hiding inside the person with the dirtiest face, do we? Or the person trapped inside a body that has grown too large, or too old, or seemingly unimportant. 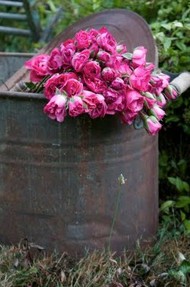 Be positive, practice cheerfulness and don’t miss the opportunity to find the best in people. God doesn’t see the outside because he knows the inside.

Learn to be a thermostat rather than a thermometer. In other words, don’t be the one who measures the differences. Be the person who regulates the equilibrium in the world and for people around you.

Forget past hurts or people who have wronged you…forget the past period. Crying over the past is not within God’s will and will possibly rob you of the beauty of today.

And, last, but certainly not least, be a “doer”…try to see people through God’s eyes. Build up those around you rather than tearing them down. They may be about as low as they can get in their own eyes and just need someone to believe in them. Be a building crew, not a wrecking crew.

These are the rules of showing ourselves as true Christians.

Learn from the old fisherman to be proud of our work and those we care for. Remember to be grateful for the kindness of others. 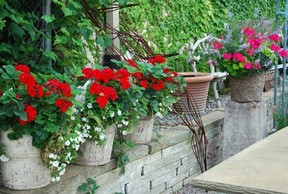 Learn to be generously unselfish as the little boy who gave up the ice cream so that he could share with the waitress.

We only get one life and one chance to live it in a way that makes the Lord proud of us and we of ourselves.

So, the answer is, yes, we all live in a Dented Bucket of some kind.

The important thing is to make your Dented Bucket stand for something.

Be the beautiful, thriving plant God intended you to be and don’t be so concerned about your Bucket.

Lasting Happiness
What does it take to truly make you happy? Not just for the moment, but for a lifetime? Have you ever sat down quietly and really searched your soul to seek an answer to what brings lasting joy to your life? It is said, to make a man happy, you must, rather than add to his possessions, subtract from the sum of his desires. In other words, you must desire less and be happy with the things God has given you.

Reap Your Destiny
What is real? What is truly important? Are we really in charge of our destiny? Or is there a greater force at work? This sounds more like a statement of youth than that of a woman turning sixty next month, doesn't it. However, I have really been reevaluating my life lately, wondering what I may have missed, failing to follow, because I prefer to lead. I find I am still wondering what it is that I am seeking to make me feel so in need of success.

Stop By To Say Hello!

LOL Mr. Kelley, You're hilarious!! Glad you enjoyed the article!

You have done it again. Now I will need to look at my own bucket. Maybe it needs a thermostat?

Thank you, Michaela...so very glad you enjoyed my meanderings! :)

Thank you, very inspiring stories - I especially like the first one and the dented bucket metaphor makes so much sense.
Your photos are wonderful, too! :)

Thank you Mujjen...I think we all need to remember to be a thermostat! :)

Lovely stories with so much truth in them. Today I will make a point to be a thermostat!

I don't remember where I heard the story and my recount may not be totally accurate but it always brings tears to my eyes, too. You should never write someone off until you get to know their heart. Thank you for sharing!

The old dented bucket story is so touching. Brought tears to my eyes!

You are quite welcome, Rebecca! And I thank you for taking the time to read them! I am glad you enjoyed! :)

Learn some simple yet useful techniques for making good decisions when faced ... 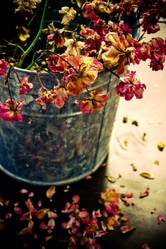 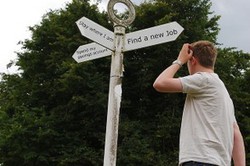 Learn some simple yet useful techniques for making good decisions when faced with the inevitable choices of everyday life.
100%  22   17 Sam
Reading 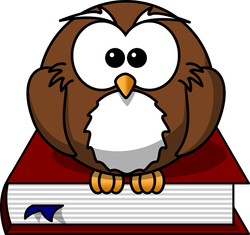 How to read and eat at the same time without getting food stains on your book nor missing a line ;-) Some handy-dandy tips to achieve this are ...
Loading ...
Error!