As we both got older, we became close friends, though she was two years my Junior.

She was sent to live with her grandparents up north for a year. I never knew why they did that. I could not imagine leaving my parents for so long. But Terri returned happily the next summer and our life moved on. Halloween was always the very best. Terri and I would dress up, grab a pillowcase and literally run from door to door throughout the entire town gathering candy and having so much fun!

Her Struggle Within Our Joy

When I was a child of three, my family moved from our home to a neighboring town, closer to my father’s place of business.

It did not take long for me to discover the baby living next door! On sunny afternoons, her mother would bring her out, placing her on a blanket. I was allowed to go over and sit with her there in the sun by the small apple tree.

As we both got older, we became close friends though she was two years my junior.

As a toddler, Terri had the most beautiful curly pigtails that hung all the way down her back in ringlets. I was always very envious of their beauty.

We spent our early summer days on our matching tricycles, mine of blue and hers red and in later years, on roller skates or bicycles.

There were always board games to play on rainy days from her home. Or we would fall into the recesses of her imagination as we road stick horses, bound to glorious adventures of roaming the woods nearby, horse fights, and so many other pretend stories, all with the words “plake like” coming from our lips. For those of you who did not grow up with Terri’s imagination, that means “let us play like...”

When we were little, I thought how lucky she was to grow up in such a happy home with so many things we did not have to enjoy. I remember one Christmas, she got a beautiful doll that stood as high as her head. She named it Angel, and no one was allowed to touch it. She adored that doll... So did I!

When she was five, she crashed into our porch one morning at a dead run! She wanted me to come right away to see her new baby sister! How delightful; so much bright red hair!

However, a few months later, she was sent to live with her grandparents up north for a year. I never knew why they did that. I could not imagine leaving my parents for so long. But Terri returned happily the next summer, and our life moved on.

When it snowed, her mother would always come out to play Chase the Fox with us or supply us with popsicles or fruit in the summer.

My mother worked and my grandmother took care of us. She was busy with washing, cleaning, and preparing dinner and just did not take the time for such things.

At the end of the day, we were never late for dinner because Terri’s mother had a big cow bell she rang promptly at five thirty so all of us would know to hurry home.

After dinner, we were back outside chasing fireflies or pretending to be frightened in the waning light of day.

Halloween was always the very best. Terri and I would dress up, grab a pillowcase, and literally run from door to door throughout the entire town gathering candy and having so much fun! We always hit one particular house first before they gave out dollar bills which they were so famous for on Halloween night! One year, we participated in a town-wide scavenger hunt for teens and adults. We won!

However, by the time she turned ten, I began to notice unhappiness. She showed signs of not feeling she was good enough. At twelve years old, I could not see what I see now.

As an example, we always had a May Day Program at the close of each school year. A queen was chosen from each class to represent their class, wear a beautiful dress made just for them, and sit on special bleachers to watch the program given by their peers.

Terri was chosen one year, and I was very jealous. My class was dancing the May Pole, and I needed a dress that looked like a literature era. My mother remade one of her dresses for me: a very pretty blue floral with lace sleeves.

Terri, however, was not happy and preferred to be with her peers. I could understand that, but her position was an honor.

That following summer was her little sister’s fifth birthday. Her mother appointed us to help with the party. Terri decided we should dress up for the occasion and she would wear her May Day dress. So I wore my remade dress.

Unfortunately, she spent the entire day behind the now much taller apple tree. After the party, I asked her why she did not participate. She cried, “Because you looked prettier than me!” and ran into the house! I was floored! I tried to tell her later that my dress was a remake and hers beautiful but could never get her to see.

The following winter, their house burned in the middle of the night. Terri lost everything...including Angel!

They moved several towns away after that winter, so we only saw each other occasionally.

Then again, at the age of twelve, they sent her back to her grandparents for a year. She was so much better for a while, but the old depression returned.

I married and moved away myself after college. But Terri and I wrote letters back and forth to keep up. As time passed, these letters became few. However, I could always count on a letter or a phone call on Halloween. She always said those nights were the happiest of her life!

One night in 1973, she called in the middle of the night. She was suicidal and called to tell me goodbye. She was states away and refused to seek help. So the next four hours, I talked to her, trying to pull her down to reality, succeeding in the end. This happened again a couple of years later. I finally managed to contact her mother, finding there had been other suicide attempts and hospitalizations. I was at a loss as to how to help, but what I had noticed during our childhood came back to me.

In 2006, I received my customary phone call on Halloween night. However, I was busy and did not remember she would be calling. I answered to the voice of a very, very elderly woman, laughing crazily and calling me sweetie! It gave me chills, but as I started to hang up the phone, I heard fits of laughter. She had gotten me good and was enjoying the giggles of her labor at my expense! We had a great laugh and wished each other a very happy Halloween.

The following March 2007, Terri called out of the blue. Her mother had passed away in December of cancer, and she was struggling with the loss and some unanswered questions from her childhood. She was hoping I knew why she had been sent away twice. I had no clue, but we talked of happier times for an hour or so and then said our goodbyes. I did not know then that it was for the last time.

recliner with an empty bottle of pills beside her.

I am telling you this story as a reminder to pay attention to your intuition when someone seems off...even a child. I did my best to help, but I will always wonder where Terri’s life first took that plunge to despair.

I will always miss her...especially on Halloween!

FOR THE LOVE OF AUDREY LYN

My book, for sale on Amazon and Barnes and Noble

Derdriu, Terri’s Angel was a Santa gift so Patti, five years younger, had her own Santa gifts. There were two older brothers, too. Terri was next to the youngest and she was quite jealous of Patti as they grew up. I have wracked my brain to try to figure out why she was sent away. I also found it odd that she recovered while with her grandparents each time, leaving the depression behind. Then home again and it was back. Something was not right in that home. I always felt it but Terri did not know either. However, in the end, she was haunted by a dream of fear where he mother was involved. She talked of it the last time she called me…in March before her death in June. Neither of us could make sense of the dream. It will always be a mystery.

It's sad that your friend had so many material advantages and such a caring family and yet journeyed along such an unhappy path.

Was her sister given something also that she could call her own when your friend was given her Angel doll? It otherwise would have been a bit difficult about Terri having something that nobody else in the family each had an equivalent of.

Were you able to find out why Terri went away those times to her grandmother's? Would the first possibly have been so that her sister could know what it's like to be an only child and so that Terri wouldn't feel left out with all the attention to the newborn?

Life is never exactly what we expect. Many times, it is as it is to teach us ...

The entire town mourned her passing. She had touched more lives with her gent... 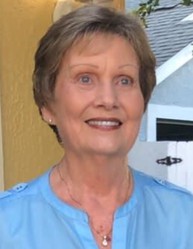 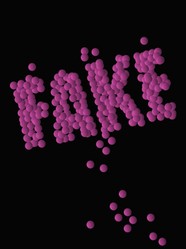 Secretly you have a deep rooted dislike for a good friend or co-worker you and others otherwise think highly of and why? There’s an answer and its more common than you may think.
100%  22   13 SidewalkPhilosopher
Mend a Friendship 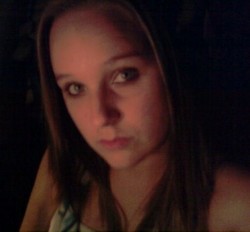 Life is never exactly what we expect. Many times, it is as it is to teach us about ourselves and to teach us how best to love.
100%  46   10 SidewalkPhilosopher
Friendship 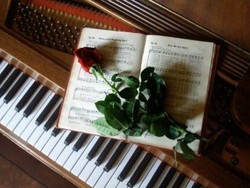 The entire town mourned her passing. She had touched more lives with her gentleness than anyone I have ever known.
Loading ...
Error!