It's a case of never say die for a power horse like the Dodge Ram Power Wagon since it's been brought back into production.

Dodge Power Wagon – What a Truck

The light truck with four wheel drive characterized the Dodge power wagon sold from 1945 to 1980. This heavy duty truck was modeled after the Dodge M37, a military vehicle and the forerunner of many of the four wheel drive vehicles on the roads today. Over the intervening years, there were a number of Dodge Power Wagon models that hit the automobile scene until the Wagon was removed to be replaced by the Dodge Ram Power Wagon.

Dodge is a brand of vehicles originating from Chrysler Group LLC in the United States of America. The company was originally founded as the Dodge Brothers Company in 1900 in America’s car city, Detroit. Sold to Chrysler in 1928, the vehicle also survived a short merger of Daimler-Chrysler that ended in 2007. It is now part of the Chrysler Group with an alliance with Fiat; the Dodge may be in danger of extinction – only time will tell. Dodge was the first automobile company to introduce several car-features on its trucks, for example, sedan type space in the cab body. Due to declining sales in the 70’s, the company dropped its heavy duty truck models, but has begun making a comeback since the reintroduction of the Dodge Ram Power Wagon.

What is the Dodge Ram Power Wagon all about?

This heavy duty Dodge truck is capable of performing the same hauling and towing tasks as the Ram Heavy Duty Pickup 2500. However, the Ram Power Wagon has been structured to perform with a highly responsive 4X4 drive train that is generally available on full sized heavy duty trucks.  The Wagon has a five-speed automatic Hemi drive; limited slip differential at rear; electronically lockable axles front and rear; 12,000 winch (standard fitting); front stabilizer bar that can be electronically removed similar to the Wrangler Rubicon.

A trial drive of the Wagon on the 7 mile Rim trail with its diverse terrain including rocky ground, dirt track, deep sand and sandstone was performed. The Power Wagon sailed through with the transfer case set to 4H or 4L. Locking of the front and rear axles was also tested on the wipe Out, a really steep descent and a trip back up to the sandstone ledges above. Imagine driving off a two storied building roof! The Power Wagon performed with total ease regardless of its extra-long wheelbase. Better yet, the vehicle made it without any scraping – but that depends on the driver’s skills as well. Even when the undercarriage did get scraped there was no harm done.

Should you buy a used Dodge Ram Power Wagon?

A heavy duty pickup truck like this will greatly extend the amount of work and play the owner can engage in. The vehicle is an excellent means of transportation to places most other vehicles cannot traverse.  If you can't afford a new Dodge truck, the 2011 Dodge Power Wagon is an excellent value now that the 2012 models are out.  You can basically get a new pickup truck for used truck price.

No one likes inspections. Some states require them for all MVs. If you're buy...

A simple light weight product easy to install and easy to remove yet unloads ... 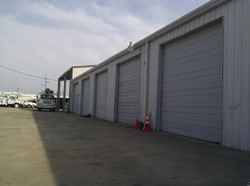 No one likes inspections. Some states require them for all MVs. If you're buying a bucket truck, it needs to be inspected thoroughly. This article will guide you through each type.
100%  16   12 katiem2
Truck Accessories 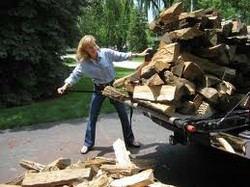 A simple light weight product easy to install and easy to remove yet unloads a full load on any pick-up easily with one hand. So easy even a girl can do it!
Loading ...
Error!