Don't Wait for Disaster to Start a Change

When disaster strikes, it often forces us to change things for the better. But you don't have to wait for a disaster; start a small change today!

Last spring, I began working with a professional organizer to get everything I own in order. I did this for several reasons, but most notably, because everything got out of order after I was forced to move out of my apartment temporarily and remove all my belongings, and then move back in. The packout service I used did not put everything back exactly where it had been, and I was having problems functioning as well as I had before.

I loved my organizer so much that I tried to introduce her to two of my very good friends who needed help with organizing. Their houses were messy and chaotic, and they were unhappy with them, but they resisted doing anything at all, even with professional help, and even when that professional help was a gift to them. However, in one case, my friend was forced to downsize both her apartment and her office simultaneously, and the crisis ended up with her hiring my organizer; and in the other case, my friend had an employment crisis and had to rent out a room in her house, which meant stuffing everything from that room into the rest of her house, and that finally forced her to hire my friend (previously her sister had given her organization service, but she didn't use it for months, and when she finally did, she undid everything the organizer had done afterwards). When she did use my organizer, she called me and told me that her services were a real blessing.

This article is not only about organization. This is about having the courage to make a change in your life for the better, without waiting to be forced into it.

We all have areas of our life that could use improvement!

Where could you improve your situation?

Why You Aren't Changing Already

There are many reasons why we don't change what isn't working for us. Sometimes it is a fear that the outcome will be worse. Some people think that they deserve only "okay" or "livable." And occasionally people fear that if they make an improvement, their life will get worse in a different area (it probably won't). In fact, the old saying is true: success breeds success!

Another reason people don't make changes is that they think any change will have to be big. This isn't true; something as simple as a change that requires a total investment of thirty seconds might be enough to make a noticeable difference.

In addition, the time to make changes is when you are calm and collected, and have the ablity to think things through, not when you are distracted and distressed! Otherwise, in your hurry to do something, you may be grasping at straws to improve your situation rather than making wise decisions about your options.

Better the Devil You Know

Than the Heaven You Don't Know

Change is hard for everyone; we all understand that. But it's all to easy to think, "Oh, I'll do it later." I have a friend who is an interior designer, who often stages houses for people who wish to sell. Once their house is staged, they often decide to stay and not sell their house, or they are so happy with the results they say, "Why didn't we do this for ourselves?" But when they move into their new home, they put things back the way they were before the staging!

Familiar is comfortable, but what is even more comfortable is improvement. Once you get over your fear of change, you can free yourself, not just from clutter, but from worry, tension, irritation, and wasting time. So start with a little change you can make today.

Here was one thing that had been bugging me: I kept all my personal grooming supplies in one bathroom drawer. That meant that very occasionally, a hair from my hairbrush would get stuck in my toothbrush. A very minor and rare annoyance, to be sure, but simply moving my hairbrush to a different drawer eliminated that annoyance. It didn't cost me any money, and it took me less than one minute, but those few seconds that I took to make that change saved me thirty seconds or so every few weeks, and kept me from being annoyed about that irritation, permanently.

The Japanese Have a Word for This

The Japanese word for this continuing cycle of improvement is called Kaizen, and the system of Kaizen is, in essence, to identify a problem, do some experimentation to find out what will improve the problem, apply the results of the experiment, and move on to the next problem. You can easily apply this in your own life, and start reaping the benefits almost immediately.

And while you might be worried, consciously or subconsciously, about getting punished in some other area of your life for making an improvement in one area, ask yourself: How disastrous could the retribution be for moving something, or finally using the "cooking time" setting on the oven, or putting a label on a container? As you become comfortable with making numerous small changes, you will begin to have the courage to make larger ones! (Even large changes can be broken down into small changes.)

Get this immensely helpful book at the library, or borrow a copy from a friend, or just begin right now, today, to apply the principle of doing one small thing right now. Improvement is also a process, not only a goal!

What can you do right now?

It's actually quite easy to start changes if you start small. Identify one thing that is bugging you, today. Maybe it's having to look for something in your fridge, or something you want to wear, but has a ripped hem or a missing button. Or perhaps it's not having a place to set your drink down near your computer. Or perhaps you have to keep looking at the clock, when you can set an alarm or a timer. It doesn't actually matter what it is, but if you can make a tiny change to improve that one aspect of your life, you will find that change comes easier once you make a habit of it.

Once you've identified a minor annoyance, brainstorm a few ways that it might be possible to improve it. You don't necessarily have to fix the whole problem; figure out a minor adjustment for the better. Then make that adjustment. You can always change it back!

This video is only fifty-nine seconds long. What can it hurt?

I can't begin to tell you how much better my life is since I started with this process of tidying up my environment and being able to immediately put my hands on anything I own (and knowing what I own to start with)! These small changes have spilled over into almost everything, and I've accomplished more in 2013 and 2014 than the eight years before that.

Are you ready to start making changes?

I try to do ten to twenty very small improvements each day, so I usually start with what is right in front of me.

Don't let choosing paralyze you. Just start impulsively and you'll be astonished by how much you can achieve!

There's some incredibly sane advice here. I must get going to choose where to start!

Thank you! I really do believe that very small changes can add up to big things, and you can start a very small change right now. When all goes well, move on to the next change, and so on. If only people would take this to heart, I think they would be so much happier!

You have focused so well upon a key issue in life. My belief is that behind much procrastination about change is fear. Fear of change is a great enemy of happiness.

Most of us have hundreds of video tapes or DVDs. Now you don't need to!

Do you really want to do this? Or do you lack the means to express yourself p... 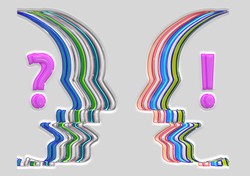 One Small Step Can Change Your Life: The Kaizen Way
32%  4   3 classicalgeek
Home Organizing 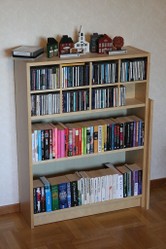 Most of us have hundreds of video tapes or DVDs. Now you don't need to!
45%  4   5 classicalgeek
Transformation

Do you really want to do this? Or do you lack the means to express yourself properly?
Loading ...
Error!