How To Draw An Egyptian Mummy Step By Step With Videos

How to draw an egyptian mummy step by step from pencil drawing to inked version and a more detailed head drawing of the mummy.

How To Draw An Egyptian Mummy Drawing

Draw A Mummy Step By Step

Egyptian Mummy's are fun to draw and here we shall be going through the step by step process in easy to follow video format which should give you some ideas along the way to either follow along and draw this Mummy or draw your own mummy drawing. Of course we've got room to draw a Mummy head in greater detail and that's what we'll do after drawing the Mummy figure.

In the following art video you can learn how to approach the sketch of anything but primarily focusing on a figure of an Egyptian mummy, but since this is my interpretation then you may want to add more extras like ancient necklaces and braclets or anything else that helps to put the mummy in it's decayed state and anything else that will make your Mummy look like a Mummy. Getting a feel for the Mummy's shape is an exploration mainly by using the pencil as a rough sketch tool drawn very lightly at first and then with darker pencil lines later on.

The Egyptian sword is a type of cutlass based on a hopash which has the characteristic hook handle and the groove on the cutlass blade and it's this type of sword that is in keeping with the Mummy character, I don't think the drawing would have the same effect with a Samurai or a Broad sword. The rotting bandages I've placed sparingly on the figure as I didn't want to over complicate the drawing with complex bandages criss crossing over the figure.

Watch the video to see how the drawing stage is done...

How To Ink The Mummy Figure

Allsorts of ink pens could be used at this stage, from a Sharpie marker to a Pilot ink pen, but for overall cheapness and being a cheapskate artist I use black gel ink pens as I can get a pack of 5 for one British pound at our local pound store and when starting to ink the pencil drawing it's a good idea to try and improve the look of the drawing in places making it more dynamic and so that the undead Mummy comes to life on the paper.

It's about clearing things up really, like the shape and the structural focus of the Mummy figure and if any line hatching or cross hatching ink work is to be done, then that's the reason for inking, adding a new dimension and departure from the initial graphite drawing.

You may find that the inking process is boring or dull, but it really is the part of the drawing process that helps bring the whole drawing together.

How To Ink A Mummy With An Ink Pen

Draw A Mummy's Head Pencil Drawing And The Inking Process

Draw And Ink A Mummy Head

When drawing a larger more detailed version of a Mummy's face you have to make the drawing larger for a start to incorporate all the extra details like wrinkles and rotten looking skin and in the following two videos that's the creative drawing process I wanted to show you. In these videos you'll find out how to draw a head from scratch as you build your head drawings with light sketching to find the right pencil marks then you can darken everything when you're happy with the drawing.

Drawing A Mummy's Head In Detail

How To Draw Monsters Books

How To Draw An Egyptian Mummy

Zentangle is a form of relaxation and an attractive style of art inspired by ...

How To Draw Zombies Easily With Drawing Video Tutorials

How to draw zombies and ideas for rotting zombies by artist Wayne Tully throu... 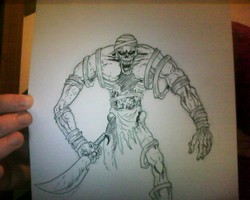 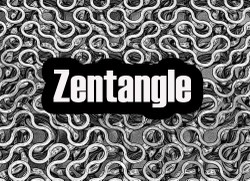 Zentangle is a form of relaxation and an attractive style of art inspired by the subconscious. If you can doodle when you are on the phone, you can do this style of art.
54%  4   6 onepagearticles
How to Draw

How To Draw Zombies Easily With Drawing Video Tutorials

How to draw zombies and ideas for rotting zombies by artist Wayne Tully through drawing videos which demonstrate some possible ideas to sketch out.
Loading ...
Error!