Ego is Afraid of Death

We all have a story, don't we? Well, we think that each one of us each has our own story that we possess and can identify with. We'd hate to share it with everyone else, as if we're all the same and not so much different from each other. We want to be unique.

We certainly don't want the story to end. There is great fear in ending, so we think. For this reason, we hang on and fear loss.

We don't always see how deeply this fear is embedded in consciousness. We cannot take a flippant approach if we are to understand fear and understand why we fear death. We need to give the subject serious consideration. So, let's do that.

That word "attachment" has been bandied about for thousands of years. Like all over-used and misused words, it takes on meanings, eventually, that are meaningless. Just like the word "desire".

Unfortunately the use and misuse of these words has led to silly forms of repression and violence, coercion and distortion of the mind. Because no one would like to do the work of understanding their own minds, they resort to force, rules and structure.

But the fact remains that we hang on to what we have and don't want to let go. In that process of not wanting to lose, in addition to always wanting to "get", we lose all clarity and awareness. It is disturbance of the mind, this struggle to possess; and it is rooted in fear.

Fear is rooted in thought. Specifically, fear is thinking in psychological time: What was and what will be.

And what we had is rooted in thought; again, thought in psychological time. Our thinking is rooted in memory and projections in time to the future. For this reason we repeat patterns, considering the pattern our security blanket, something known and safe. Though, actually, it dulls the mind and leads to this very fear, and therefore destruction, that is the subject of this discussion. After all, all war is the product of people fighting over who has the best pattern to follow and destroying those who interfere with the pattern. This happens globally and individually in everyone's lives.

What is the core, the substance, of this thought in psychological time? It is you.

Fear and the Ego

The Psychological and Fictional Me

What I fear to lose at death is not merely the physical body. What I fear is losing myself, me.

And what am I?

That which I call me is a collection of experiences held in memory and associated with who I am; it is ideology I've been taught and have followed, most likely blindly to have a sense of security; it is the memory associated with relationships, in other words, images; it is my possessions, my bank account, my status and identifications. That, all of that, is what I don't want to end. And they are all fabrications of thought.

This "me" is the ego. It is echoes of the past locked tight in memory, embedded in consciousness. Our deepest fear is losing all that. We defend it to the end. Some go as far as physical violence to defend it, most at least resort to verbal abuse to hold it together. It is the cause of all division, conflict, confusion and war.

However, it is clear that there is no difference from one person to another, in terms of human consciousness. All these things discussed take on different forms, but they are all the same movement and substance of thought; fear, the seeking of security, seeking security in an illusory and divisive identity and the resulting conflict, confusion and suffering.

And, noticeably, again, this is all a movement in psychological time; me, my memories of the past and ideas and identifications projected into the future; and then the resulting fear of losing it all. Which is the fear of death.

Psychological Time and Perception and Action and Change

This essentially re-introduces the human being to the natural circle of life! 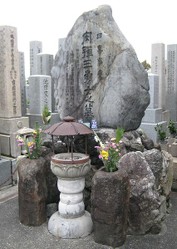 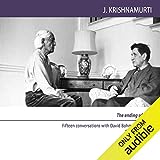 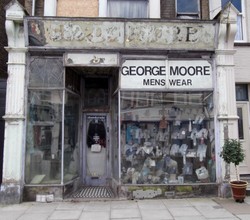 When somebody dies, there is a tendency to talk only about the good that they did in life. Is this really the best way for them to be remembered?
100%  25   10 Jerrico_Usher
Mourning 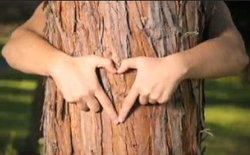 Reincarnate Into A Beautiful TREE... Biodegradable Urn Turns People Into Trees When They Die

This essentially re-introduces the human being to the natural circle of life!
Loading ...
Error!