Many English people are irritated that while Scotland and Wales have their own anthems, England does not and has to be content with God Save the Queen, the British anthem.

During the Commonwealth Games the four nations of England, Scotland, Ireland and Wales competed separately, unlike the Olympic Games, where we field a national British team. At the Olympics British winners were given medals to the tune of God save the Queen, but at the Commonwealth Games we English had to have a tune of our own, and many people are now demanding that England has its own designated anthem. I am part of this movement.

Things happen in Britain by accident. We never voted for God Save the Queen to be our national anthem, and parliament has made no decision on the matter. The tune was played at an eighteenth century concert and the slightly deaf Hanoverian king George the Second, who spoke German rather than English,  thinking that it was Handel's Messiah  stood up. Everybody followed and the custom spread.Soon it became recognized as the United Kingdom's anthem and was played at all sports fixtures of the four nations. But many people dislike it. They think that it sounds like a dirge, and many republicans dislike the  implied loyalty to the monarchy. As I have said before, I am a benign,inactive republican who does not dislike the royal family, though my three  siblings have strong republican tendencies, unlike our mother, who was a royalist, so I don't really mind God Save the Queen, but I think that if the Scots and Welsh have their own anthems, the English should have their own as well.

The Scots use Flower of Scotland as their anthem, which celebrates Scotland's victory over the massive and badly led English army at Bannockburn in the fourteenth century, which cemented Scotland's liberty as an independent nation and helped them escape the appalling cruelty of the Plantagenet kings; while the Welsh have Land of My Fathers, a rousing song celebrating Wales' history,culture and bravery.These are played at football and other sporting matches. Both songs arouse intense passion and are the focus of national consensus in the sense that God save the Queen is not. Northern Ireland does not have its own anthem, but some Northern Irish politicians are now saying that they don't want Northern Ireland to be left out, so they want their own anthem, and I agree with them. When Northern Ireland and Eire  play joint teams, as they do at Rugby, neither God save the Queen nor the soldier's song, the Irish anthem, are suitable, so there is already a joint Irish anthem. That's a great step forward.

The proposal is that we keep God save the Queen as a United Kingdom anthem, but have a new English one. It has also been suggested that the tune of God Save the Queen is more important than the words, and that the language be modified to make it non-monarchist, saying "God save our noble land, etc." I would go along with this.

There is a charming little book that my youngest son bought me as a Christmas present in 2014, "All the Countries We Have Ever Invaded and a Few We Never Got Round To."  The title is jocular, but it indicates that over the years we have been in too many fights and quarrels round the world. Some people still love this idea, but there are many of us, including me, who do not wish to engage in jingoistic nostalgia. I don't want to celebrate beating foreigners or expanding our imperial horizons, so the tune Land of Hope and Glory, which asks God to set England's bounds wider and wider, does not appeal to me or to many others who lack the nostalgia for the days when we ruled a quarter of the world.  It should not be our anthem.

It was right wing British nationalists and capitalists who asked several years ago that the popular Mayday bank [public] holiday be replaced by Trafalgar Day, in November, to celebrate Britain's victory over the French. No one wanted a holiday in November, but the nationalistic cranks thought it more important to celebrate victory over  country now an ally than to celebrate in May,  Labour day, when workers are celebrated. This nonsense was meant to weaken our links with the European Union and assert capitalist values against socialist ones.  Can we lose these characters, please?  They are the ones who want to leave the European Union and so turn the country into a capitalist paradise devoid of workers' rights. For them a warlike anthem would work well,as it would foster  anti-European sentiments.

The popular choice is Blake's Jerusalem, which begins "And did those feet in ancient time, walk upon England's mountains green......." It refers the legend that the young Christ visited Britain. The song aspires not to imperial domination, but to the creation of a new Jerusalem in England. It finishes with "I will not cease from mental fight, nor shall my sword sleep in my hand, till we have built Jerusalem, in England's green and pleasant land." The sentiments advocate moral and political struggle to create a socially just land, which is pleasant to dwell in, where industrialization is not allowed to spoil landscapes. It aspires to a land fit for ordinary folk. This is why football fans often sing it at England's matches: football, a people's game, celebrating a world fit for ordinary folk. This is not a nationalistic rant at foreigners advocating world conquest or celebrating victories in wars that should not have happened, led by greedy and brutal kings and selfish merchants, but precisely the opposite. Of course, advocating England as it should be does not appeal to right wing capitalists who want to create a state of impoverished misery for an underpaid working class. Such people are present in England, and unfortunately they have power and influence. But Jerusalem is the  dream.

I don't know of any candidates, but there is such a great musical tradition in Ireland that an existing tune or a new one could be given words.

frankbeswick, The lines to Blake's Jerusalem are lovely! Do you know of any strong candidates for Northern Ireland's own anthem?

Correct. But there is no sign of any regional preference occurring yet.

I am again learning here. Indeed, if in England an anthem can be formed by the public without vote, it seems likely one can evolve. It may also happen to have several evolve regionally, which might not be exactly what is best.

Thanks Mira. There is another article due on line in a minute.

How very interesting. Thank you for sharing your thoughts on this subject, Frank. I highly enjoy your articles.

Patriotism can be positive or negative. In the positive sense it is akin to love for your family. In the negative is it is gangsterism with a moral facade. You have stated in the past your sense of affinity to Ireland, as opposed to England. This is a form of patriotism. I am the same genetic mix as you are, but my feelings stretch to not only England, the country of my birth, but to the other three nations of the Isles, Wales and Scotland as part of the UK, but also Ireland, both parts, as it is the source of half my genes and the place of origin of my wife. Do not forget England,the country in which you were born and which nurtured you. You owe it something.

I am no patriot and I can't tolerate any of them. I would rather there was no anthem

Rule Britannia is possibly the worse and its reflection on the slave trade makes it even worse yet. The Empire did evil and appalling things in the name of "protection".

I know that it was not originally patriotic, which is why it is so suitable as our anthem, for it is contrary to the nationalistic guff that celebrates violence in war against other countries. It is a challenge to the powers that be. That he had huge trouble with the authorities is a sign that he was speaking the truth, addressing the needs and feelings of the English people. It is far more apt for England than any warlike tune that celebrates victories of the past. What we need is a true patriotism, which addresses not only the establishment's victories over our enemies, but aspires to an England that truly belongs to its people. Jerusalem meets this need more than any other tune. Can you think of a more suitable one for England? We need a peaceful revolution in our country, overthrowing systems of power, without violence, which only institutes a new establishment. We need change of hearts and minds, and Jerusalem advocates this.

I cannot tolerate Rule Britannia, as I don't think that God chose us to dominate part of the world.

Blake was NO patriot. Blake wrote Jerusalem 1804 as a spur to revolution, scorning the "Satanic Mills " which is a metaphor for the establishment suppressing the people. He had supported the French revolution and the overthrow of their monarchy. The poem was printed a few years later but obviously written before.

Let's just get out of our minds that "Jerusalem " is a patriotic song. Blake would NEVER have written one. At one point around 1804 when this was written, he was even on treason charges and he often had huge trouble with the British authorities. 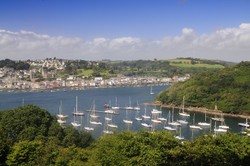