Using the News to Enhance Jewish Identity in Jewish Kids

Use positive news events that arise concerning Israel to help Jewish kids maintain their ties to our culture and peoplehood.

What a challenge it is to raise proud Jewish children with strong ties to Israel when there is such a plethora of horrible news coming out of the Middle East and almost incessant Israel-bashing in the media. And then along comes a moment when our breathing becomes just a little bit easier and our chests expand with pride and happiness – seventeen countries, not all of them friendly to Israel, publicly acknowledge the connection of the Jewish people to the Land of Israel and the vitality of Jewish culture wherever we are in the world.

On 5 July 2015, UNESCO inscribed Beit Shearim as the latest of eleven Israeli sites on the World Heritage Sites list. This event provides a unique opportunity to help raise awareness among Jewish youth regarding our ties to Israel as the indigenous peoples of the Land.

A Chance Visit to Beit Shearim

A friend was visiting me from the USA and we wanted to see something interesting and we had only the morning hours for our trip. I decided to take her to Beit Shearim as I had been meaning to see the place myself but had never yet had the opportunity.

It was with great surprise, then, that as we were waiting for the volunteer guide to meet us, a man running by excitedly stopped to tell us that just the day before UNESCO had voted Beit Shearim a World Heritage Site. Later we saw him being interviewed for foreign TV news and discovered that he is one of the archeologists working on the site. I took a chance and asked him if I could interview him for this article - he agreed, and I got permission from the National Parks Authority to use it. We will see it in a later section of this article.

Israel Is Recognized as the Home of the Jewish People

In his acknowledgement of this support for the site, Permanent Member of Israel’s UNESCO delegation, Ambassador Carmel Shama Hacohen, spoke of his excitement for not having to defend Israel against defamation, but, rather, for being able to share a rare moment of “nonpolitical, professional, positive and solemn” discussion in which the ties of Judaism to the Land of Israel are endorsed by this international body.

This stands in stark contrast to the repeated demonization of Israel in the UN Human Rights Commission and other international bodies.

Indeed, it was moving listening to representatives of each of seventeen countries of the twenty-one on the World Heritage committee support Israel’s application for Beit Shearim to be added to the list of important cultural and historical properties. The four UNESCO committee member states that did not vote for the proposal also, uncharacteristically, remained silent, thereby avoiding any taint to the uplifting tone of the session. I was waiting anxiously for the inevitable rancor to emerge, and it never did. You can listen to the UNESCO discussion in its entirety beginning at 1:58 on the tape below.

Within the congratulatory speeches offered by a number of the delegates, we can identify talking points to raise with your children, or your students, if you are a teacher. For example,

Dr. Ben-Yosef made the comment that, while Jews of varying degrees of religious affiliation may find it hard to live together, in Beit Shearim they found peace in death, with idolatrous imagery on stone coffins resting side-by-side with the plain unadorned coffins of the ultra-religious. I can easily see this idea as an invitation to invigorating and fruitful discussion with our young people on the subject of tolerance and intolerance within the Jewish people.

Another interesting point Dr. Ben-Yosef raised is one effect of the sudden large influx of people wishing to bury their loved ones near the great Rabbi Yehuda HaNasi: This meant that there were not enough skilled craftsmen who could fashion the coffins and, therefore, some were designed by untrained locals, resulting in charming "naive art" on some of them. You can see an example in the photo below.

To the left is a photo of a coffin with a Greek Motif.

It was a rare privilege to listen to the discussion in a UN organization that did not accuse Israel of anything bad, but rather, that praised Judaism and the Jewish people and acknowledged our association with this land. I am going to hang on tight to this feeling and savour it because the next anti-Zionist/anti-Semitic moment is always just around the corner (as, in fact, happened just a few days later when the very same UNESCO denied the Jewish connection to Jerusalem). This feeling of pride and connection is something I want for all our kids.

A resource for understanding the basis for the UNESCO decision to endorse Beit Shearim as a World Heritage Site with information regarding the discussion questions above: ICOMOS Report for the World Heritage Committee, 2015: page 227 of the document (331 in the pdf)

Thank, blackspanielgallery. Yet, disconnecting Jerusalem from the Jewish people is exactly what the Arabs, the UN and the USA are trying to do, declaring it instead and "international" city. This is why the USA (and many other countries) have their embassies in Tel Aviv and not Jerusalem, for example.

Interesting article. I see no way to not connect Jerusalem to the Jewish people. Perhaps there was political pressure to rewrite history. 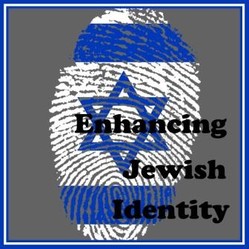 Bruce Feiler provides a riveting introduction and welcome review of what ancient sites and modern cultures have for readers and viewers Walking the Bible.
46%  4   5 Sheri_Oz
Israel