Enlightenment for Idiots by Anne Cushman

This entertaining book is a sort of anti-Eat, Pray, Love- story which takes place in India. The main character, Amanda, is writing a travel guide there.

This very enjoyable read is about a woman who is approaching thirty, and is searching for Enlightenment as a Yoga teacher. She is in a dead end relationship with a Peter Pan, and at a serious crossroads in her life. She takes a trip to India on an assignment, and comes home a very different person than the one she was before.

The Writing Assignment In India

This fun to read, escapist book is about a woman named Amanda, who is approaching her thirtieth birthday and finding her life is nothing like she thought it would be by this time. She is a yoga instructor, who pays her bills by writing “Idiot’s Guides,” like the ones found in bookstores for almost anything one wants to learn.

She shares a grungy apartment with a few eccentric friends, and left her “perfect fiancé” for a freelance nature photographer with a Peter Pan complex. Although she lives with Matt, he is off freelancing much of the time, and he rejects labels such as “boyfriend”, or in their case, “couple.” Finally they agree to take a break from the relationship (if it can be called that) and Amanda accepts a writing assignment in India.

Enlightenment for Idiots by Anne Cushman

If you would like to have an Astrology chart cast or to get a Tarot Card reading, my blog Spiritualitypathways.com  is the place to go! I have written fictional stories to explain the characteristics of all the Sun Signs, and also the Venus ones. That way you gain insight into the love nature and social life of that special someone. I also write about meditation, auras, chakras, and have a Tarot Tutorial. I look forward to seeing you there.

Searching For Enlightenment In India

She must write a guide book called Enlightenment for Idiots, to assist those who travel there, whether in pursuit of nirvana, or just because they wish to travel to India to see the sites. Amanda is very excited by this, hoping that the trip to India may point the way to the perfect Right Livelihood Buddhist career for her. Apparently the book is somewhat autobiographical, as Anne Cushman once took this trip to do the same thing. Each chapter begins with a yoga pose that would most likely tie this writer up in knots for weeks.

Seeing India through Amanda’s eyes is both interesting and revealing, as she tries hard to describe the essence of India for both those searching for Enlightenment, or those who are there for other reasons. She is appalled by the floating funerals down the Ganges, which happen at all hours while others are using the river for bathing, washing laundry, and all sorts of other activities. She loves the smells of delicious, spicy foods on the always crowded streets, and is often terrified by the antics of the drivers that take her to different destinations. If you are one of those who loathed Elizabeth’s Gilbert’s Eat, Pray, Love, this is the book for you.

Amanda hopes to find the Enlightenment that has so far eluded her as she writes this book, but finds her life changed in ways more spiritual and fundamental than she ever would have dreamed. She meets several friends along the way, but the one to whom she is closest is Devi Das, a lovable and laid back redhead with foot long dreadlocks, visiting India to recover from the untimely death of his brother. He refers to himself as “we” because he is trying to rid himself of the concept of the illusion of “self”. One would think this would get bothersome, but this character is so endearing it just adds to his charm.They are compatible travel companions, and Devi Das knows his way around India, so is able to show Amanda all kinds of temples, gurus, and famous places. She also keeps in touch via e-mail with her mother hen best girlfriend Lisa, who lives a perfectly “normal” life with her perfectly “normal” boyfriend. It seems as if Amanda needs someone to help ground her, and Lisa had been that person until this time in her life.

As Devi Das and Amanda hit the road together, they encounter practically every spiritual tradition found in India, Vipassana Buddhism, a tantric sex party from which they make a quick escape, hot yoga, and complete renunciation. As Amanda sits under the Bodhi tree, she ponders how Siddhartha could have walked out on the woman he loved and his child to find Enlightenment, and for the first time she finds the idea is sort of annoying to her. This reader has also pondered that development, so had a good laugh there.

Rainbow and Monks with Praying Flags

The book pokes fun at some spiritual teachers and gurus, such as Amma, Gangaji, Sai Baba, and some even more outrageous ones, but it is all in good fun. The character’s quests do raise interesting questions about true faith and spiritual inquiry.

In our time, hundreds of thousands of people around the world believe the Divine Mother has incarnated as Prana Ma, a radiant, plump, Indian woman whose ashram in Southern India hosts thousands of devotees every year. She blows on the foreheads of each follower—a breath of life—which is believed to elevate the devotee to another whole realm of existence. So of course, Amanda and friends set off to see her.

However, nothing is ever that simple in Amanda’s life. After she, Devi Das, and a group of others trudge up a freezing mountain path in the snow so they can try to catch Prana Ma “off season”, she takes one look at Amanda and says, “Don’t worry, you will have some troubles, but all will go well.” After the group took several strenuous days to reach this ashram, Prana Ma just feeds them and sends them on their way!

By now Amanda has gathered enough material in her journals to write the book, and Devi Das returns to the United States with her. Amanda immediately gets in touch with her friend Lisa, her flaky Mother, Matt, and the rest of the roommates as soon as she arrives back in the U.S. But Amanda’s life has been forever changed by her trip to India.

Amanda’s character is very likeable, because she is the type of person who knows to just play the hand she’s dealt and go with the flow. If she had done otherwise, she would not have completed this trip or assignment. Did she find the Enlightenment for which she searched? You will see. But aside from that, she finds a wonderful new friend in Devi Das, makes a serious assessment of her situation with Matt, and comes home with a surprise that nobody saw coming at the start of the book, least of ll her!

A Favorite Blog of Mine

Fictionforanewage.com
If you are a reader interested in New Age topics, this blog has great suggestions. It has been developed to spread the message about metaphysical ficiton, a new genre of writing getting a lot of attention. The books are well written by imaginative authors, and the reader learns something new about a metaphysical topic. The site belongs to a friend of mine, and she suggests so many great books my Kindle is always full!

Hi Katie,
I never read the Alchemist, but if you think it's worthwhile, I will certainly look into it. I'm one of those people who always has a stack of books waiting to be read--but I do read them! I liked the picture too. I've been having some trouble finding images for Wizzles, and have been using Allposters. While I haven't made money, they are surprisingly well stocked in all kinds of subjects. I mostly write Metaphysical pieces, but tried a few on Wizzley, and they didn't do well. The book is a fun read, much lighter than Eat, Pray, Love, but enjoyable.

What a great article, I just read the Alchemist, I know you enjoy reading, it's a book I've been meaning to read for years. Have you read it? I love the picture of the monks with the flags on the hill with the rainbow, how beautiful. I haven't read Enlightenment for Idiots but I will now, thanks for the great review.

Hi bizilady,
Yes, I thought Amanda was brave. She really isn't an idiot, there's a secret something about her I couldn't give away, as it's important to the plot and why she continued onward in India. I liked it, it's light reading. I loved Eat, Pray, Love, but it was the India part or meditation that interested me. People either loved or hated that book, no in between. This one goes down easier, and it is fun! Thanks for commenting and take care!

This sounds like an interesting read. Westerners find Eastern beliefs to be very difficult to comprehend and embrace.Amanda is a bit brave and maybe an idiot as well? 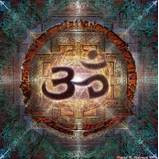