When Southend started an investigation to see if there were any Roman or Saxon remains locally, they did not expect that the richest Anglo Saxon burial site was under their feet.

Visiting my son 200 miles away this week, I took the opportunity to visit the site of the big archaeology news of the year, The Prittlewell Hoard. Prittlewell is a part of Southend on Sea in Essex. The name Essex of course, means East Saxon so when the town council wanted to investigate any Romano-Saxon remains, there was a good chance they would find some. But they never expected to find a royal burial site under a pub car park in Prittlewell.

It has been called euphemistically, " Britain's answer to Tutankhamun" and while it isn't on that scale it is certainly very impressive. I know because I visited the display this week in Southend Museum. It is a free exhibit.

The original tomb had been built of wood and had collapsed over more than 1000 years so the archaeologists had no indication that burial chamber was beneath them.  This was 2003.

Coins have been found in the tombs which have dates on them and the historians and archaeologists now reckon that this was the burial chamber of a high-ranking Saxon prince and not a king. It is probably that of a King's brother or son and was possibly Seaxa,  brother of a Saxon King at about the time 580 - 590 AD. Scientific dating confirms this.

Over 100 artefacts were carefully lifted from the tomb but only a few are on display though. The display is beautifully put together and I would recommend that you visit if you have the opportunity.

What does the find tell us?

The find is important because it tells us that there was a very important Saxon royal family in the area but also that Saxon royalty were interested in and influenced by Christianity from very early on.

This is shown in its funerary customs.

An approx sketch of the lay out of the burial chamber

Little remained not even a skeleton but cloth, tooth enamel and crosses. The crosses had been buried next to each other where his eyes would have been. The confusing thing, however, is that he was buried with "grave goods” which indicate he was a pagan so it is possible that he was "hedging his bets " and like many early Christians, followed both religions. In his coffin was also a belt buckle, a gold belt buckle that could have only have been owned by a Saxon of the royal courts. In the chamber were jewels and various drinking vessels which the Prince would need in the afterlife.

The Christian signs in the chamber make this a highly unusual burial for this time in Saxon history.

Such was the wealth of this individual that a gold cloth had been placed over his face and some of the gold cloth has been retrieved as shown above.

Very rare to see, there were glass objects in the tomb and many survived. This was an individual of mighty wealth.

Too small to see on a photo were 2 dice, obviously for when this  "Christian " played dice games in the afterlife.

Carbon dating suggests that the coffin was made approx. 570 - 605 AD. It is interesting to see something of this age.

Southend Museum have done a very good job with display which is clearly presented and informative.

We never know what is under our feet and now 16 years after the first finding of the tomb it is on display to the public.

My main feeling is delight that London hasn't grabbed the exhibit as usual. The Prittlewell Prince and his chamber are there in the town where they found. Quite right too.

Derdriu
It looks like a doll of some sort to me. They had toys and games as grave goods for the afterlife to take with them.

Veronica, Previously, I intended to ask you about the item (looks like a body or doll) to the left of the burial casket. The Museum of London makes no mention of it.

Tolovaj
I like to DO things on holiday. I could never sit by a hotel pool for 2 weeks! That would be no holiday for me.

BSG
The East coast of England is very damaged by erosion. In fact, houses have fallen into the sea from cliffs and also cars on coastal roads.

Much has been lost to the sea, I am sure.

It looks like you successfully fused education and pleasure! It's always great to have an opportunity for such time travel, isn't it?

Definitely erosion in this case. The whole of the North Sea is a flooded coastal plain, and its shore in the Essex and nearby East Anglian areas is composed of soft clay cliffs, very easily eroded. In several places the authorities have found that the best way to prevent this erosion is to restore coastal salt marsh, which strangely is more effective than hard sea walls are.

Britain has been slowly changing its position since the end of the Ice Age, with the North and West of the island rising and the South and East slowly sinking. For example, the Goodwin sands of Kent, in South East England, were land until the mid eleventh century,then they were inundated. They are now a dangerous stretch of sea with a long reputation for shipwrecks.

Frank is correct in that erosion by the sea does much to destroy archaeological artifacts and their positioning. Heavy objects could simply fall and scatter close to their source, but wave roots of storms and tidal movement of water can really move light objects. An area that floods due to land subsidence or sea level rise is different, but I suspect erosion is the culprit in this case.

In fact, king Vortigern invited in the Jutes to defend against Pictish marauders.

Some might say the Angles and Saxons were invited to stave off the Picts and Scots and then settled.

I think that the graves would simply be washed away and that there would be nothing left.

On another point, the invasion model is not as accepted as it used to be. In certain parts of Eastern England the Romans had been importing German tribes as garrison troops for many years,while sending British troops to other lands. This led to a Germanisation of the population. The German [Saxon] men intermarried with British females, so we English are a Saxon-British mix.

But large parts of Northern and Midland England were settled by the Angles, a Danish people completely distinct from Saxons. There were other German tribes in this population movement. East Anglia [just north of Essex] was settled by Angles, but the land had been initially depopulated of Britons after the Roman massacre of Boudicca's Iceni tribe in 63 AD. The land was then given over to large latefundia, [estates] that drew their economic strength from the money provided by the military, who purchased food. But when the military was withdrawn there was a rapid economic collapse and probably a subsequent depopulation, so when the Angles arrived there they did not come as invaders, but settlers in a depopulated land. They kicked at an open door! 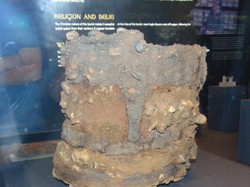 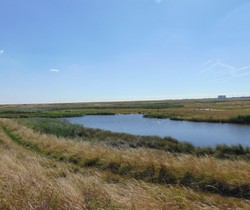 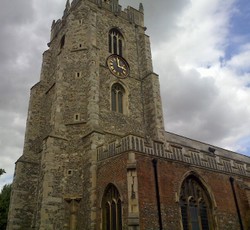 St Cedd returned Christianity to East Anglia in England during the 7th C. This lovely old parish church in Chelmsford, Essex became a Cathedral in 1914. Look inside!
Loading ...
Error!