The European Silver Programme is a program whereby European nations can offer silver coins that showcase their histories and cultures.

The European Silver Programme is a program whereby members of the European Union can offer silver coins. These coins have some restrictions. The silver coins must be crown size, and a silver coin must have a fineness of 0.900 or greater. Many of the coins are sterling silver, or 0.925 silver purity.

There is an element that must be incorporated into the coins in the program, a star that has a euro symbol on its left side when viewed. It must be obvious, but not a significant part of the image.

Participation is voluntary. Nations are not required to participate. The denomination is not specified, and some coins with denominations as low as five euros are in the series. Other coins are of higher denominations. In fact, it is not necessary that the denomination be in euros, a concession perhaps unsuccessfully aimed at attracting nations like the United Kingdom into the program. Hungary has not converted to the euro, but Hungary has participated in the program. Some coins are colorized, and some are enhanced with gold, being selectively gilded.

The silver program is also known as the Eurostar Program.

Some, but not all, have a gold version which also bear the Eurostar symbol. I believe these have many of the same constraints, but I have seen a larger coin with the symbol.

The First Year of the European Silver Programme

The European Silver Programme started in 2004 with seven participating nations.  The nations participating in the inaugural year were the Netherlands, Belgium, Spain, Portugal, France, Austria, and Ireland.

The Annual Topics of the Coins

The topics are provided annually, and the topics are intended to be of interest to the European culture.  Each country is allowed to provide its own design, but that design must be confined to the topic of the year.

The topics used are:

The Five-Year Program within the Program

Currently the five ages are being handled.  The first of the five ages was the Modern Age.  The last two are 2019 and 2020.  The ages celebrate, but are not specifically restricted to, the arts as they developed in Europe.

Several coins feature multiple examples of an age.  Spain, for example, divides coins into distinct sections, each featuring a person or example of work from the age.

Participation in the European Silver Programme for Coins Varies

The number of annual participants varies from as low as five to as high as fourteen.  There is no penalty for not participating for a year.

I recommend viewing the coins at the Coin Collector Database.  Finding them at their sources requires going to mint and central bank sites.

The database above is by year, and flag icons identify the countries.

Unfortunately, information is scarce in the United States. Mintages are specified, but would require a lengthy research. It is assumed collectors eventually buy all that are minted.

blackspanielgallery, Thank you for the practical information and the product lines. Do you know which of the topics has proved most popular in terms of the number of collectors and participating European countries? 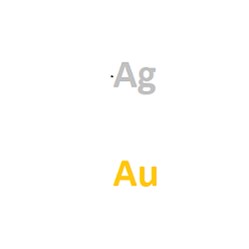