Execution of Charles I: The First and Last Executed King

On January 30, 1649 Charles I was executed. He was the first King of England, Scotland and Ireland to be executed and would be the last.

On January 30, 1649, the first king was executed. Charles I took the execution scaffold and lost his head for treason. How can a king commit treason? It involves Oliver Cromwell (nephew of the infamous Thomas Cromwell) and England’s civil war during the 1640s. By 1649, the country was a commonwealth, run by a Parliament and not a monarchy.

A Man Never Meant to Be King

Charles I was never supposed to be King of England, Scotland and Ireland 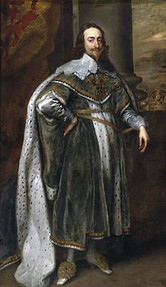 Very much like Henry VIII, Charles I was never supposed to be king. He was the second son of James I of England and VI of Scotland. However, when he was 12 years old, his older brother, Henry, died. Charles soon found himself pushed into the world of being heir presumptive.  Whether it was something he wanted or not is unknown, but he did love and looked up to his brother. He wouldn’t have wanted to gain the crown in this way. The English and Scottish people also loved Henry, which instantly caused problems for Charles.

James I died on March 27, 1625, and Charles ascended to the throne. Parliament instantly tried to reduce his Royal Prerogative, which led to arguments between them and Charles. He also made friends with some of the most unpopular people, and married the Roman Catholic Henrietta Maria of France. He would promote those he was close to, and showed them favor in other ways. One of those who gained the most was the Duke of Buckingham, who died in 1628. He soon found the English people were against him.

After his coronation as King of Scotland in 1633, there were more people to dislike him. Charles I preferred a High Anglican form of worship and attempted to introduce a new Prayer Book. This book was full of strict rituals for the people of Scotland to follow, which the Scottish people didn’t want. They wanted a prayer book that was simple and easy to follow.

Charles I caused the Eleven Years Tyranny due to disbanding Parliament.

By 1629, Charles I had dissolved parliament three times, believing that he could do a better job running the country. That itself didn’t cause an issue with the English people. Monarchs before him had led the country without the parliament and had done a good job. It was everything else that had already happened, along with the next events that would unfold.

The Eleven Years Tyranny started in 1629. Parliament was dismissed completely and Charles decided he would rule by himself. It also meant the finances were in his full control—and that meant raising finances too. Without parliament being there, Charles had no choice but to use unpopular methods. He alienated people by exploiting forest laws, through ship money and forced loans, among other methods. By 1635, the ship money that he gained was extended across the whole country and not just in the ports.

Two years after that was the attempt at the new Prayer Book in Scotland. As an answer to the attempt, there were riots in the capital, Edinburgh, which led to general unrest in the country.

By 1640, Charles had no choice but to recall his parliament. 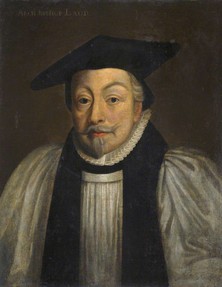 By 1640, Charles I had no choice but to recall Parliament. But it didn’t last long. Within a few weeks, parliament had questioned Charles’ need for funds for a war against the country of his birth. The King of England, Scotland and Ireland decided it was better to rule on his own after all.

By this point, Scotland was planning to go to war with England. They invaded and took over Durham and Newcastle, forcing England to pay a subsidy for grievances. Charles needed help yet again and recalled Parliament again in the November of the year. Parliament quickly acted in favor of the people.

Charles’ advisers at the time, The Archbishop of Canterbury, William Laud, and the Earl of Stafford, had a Bill of Attainder drawn up against them. The Bill refused the allowance of a defense and they were executed within six months. The Star Chamber, which was the King’s Council, was also abolished and ship money and fines were made illegal. Charles was forced to agree that he could not dissolve his Parliament without the consent of said Parliament, and it led to the Triennial Act 1641.

The English Civil War: The Roundheads and Cavillers

As Parliament and Charles I continued to disagree, it led to the English Civil War.

None of this was enough to prevent the Civil War that hit England. When Ireland started uprising, the King found himself against Parliament again. Parliament caused further problems when they tried to impeach Henrietta Maria. When Charles attempted to arrest five Members, they had fled. Again, Parliament retaliated by enforcing the Militia Bill, where only Parliament approved officers could raise troops.

Charles was not approved, but he went to Nottingham on August 22, 1642, in an attempt to raise loyal subjects. It was the official start of the Civil War, now popularly known as the battle between the Roundheads (Parliament) and Cavillers (Monarchy). Both sides were quite evenly matched. Charles took the North, South-West and West, while Parliament had the rest, with various pockets around the area. Charles had no chance of getting aid from overseas since the Navy sided with the Roundheads, but he tried.

When his secret correspondence was taken by the other side, all was revealed about his attempts to gain help from the Continent and Ireland. With the help of Oliver Cromwell, the Roundheads won a number of battles and Charles focused on Scotland. However, the Scottish Parliament was against him too. In 1645, he decided to surrender and gave himself over to the Scots.

However, to the King it wasn’t a surrender. He’d decided to play the two countries against each other. There were people in England, Scotland and Ireland who all supported the monarchy and factions started to grow. Nine months after surrendering, he was back in English hands but it didn’t stop the negotiations. A second civil war broke out in 1648 but didn’t last long thanks to Oliver Cromwell.

The Execution of Charles I

Charles I was found guilty of treason and executed in front of his people. 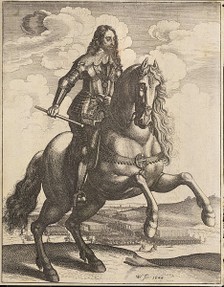 After the end of the second civil war, the Army decided that Charles had to die if they wanted peace in the different countries. Charles faced trial for treason, but Parliament had to be purged and a smaller Parliament was put together for the sake of the trial. It ensured that the King would be found guilty of his actions. The High Court of Justice was put together by the first week of the New Year and Charles I was found guilty of treason against England on January 20, 1649. It took seven days for his sentencing, which would be the traitor’s death for a nobleman: execution.

A Scaffold was erected outside the Banqueting House in time for his execution on January 30. Just before his death, he asked for warm clothing. The last thing he wanted was to come off as scared because of shivers from the cold. His head to taken off with one quick blow and he was buried at Windsor in the crypt of Henry VIII and Jane Seymour.

With his death, a new king would be called. However, Parliament prevented this. On the same day of the execution, Parliament created a Bill that made it illegal to proclaim another monarch. Charles’ son, Charles, would have to wait to become King of England, Scotland and Ireland. Eventually he would become Charles II and papers would be backdated to January 30, 1649.

Charles was viewed as a Martyr to some of his people, as he believed he was trying to do the best for his people. The problems came when he failed to negotiate with Parliament, and Parliament continued to punish him for that and make him act out in anger. He was the first King to be executed and would be the last.

Read More About the Connections to Charles I of England, Scotland and Ireland

Elizabeth Trevannion: Foster Mother of the Future King Charles I
There is something so wonderfully bad-ass about the Jacobean noblewoman Dame Robert Carey. Particularly how often she put King James in his place!
Updated: 01/30/2014, AlexandriaIngham
Thank you! Would you like to post a comment now?
2

Very complicated. I only knew a bit of this story. What troubled times!! 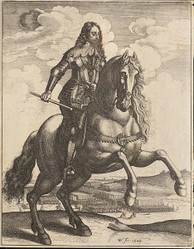