The Rise of James I

Before James became King James I of England, he was King James VI of Scotland. He ascended the Scottish throne in 1567, following the enforced abdication of his mother Mary Queen of Scots. However, he was only thirteen months old at the time, so a number of regents reigned in his stead. It was not until 1583, that he actually gained control of the throne.

In 1590, James began a mission to purge the country of witches and set about whipping the Scottish people into a witch-fearing frenzy.

A Brief History of Witchcraft

Of course, we can’t blame any particular monarch for creating the theory of good and bad; black and white witches. It is a notion that existed long before James came to the throne. And, the persecution of witches started to gain momentum, before he wielded any power, too.

During the 16th and 17th centuries common attitudes towards witchcraft were changing and ‘witch hunts’ became much more prevalent. One of the main reasons for this was a European, Christian theological and philosophical theory, which claimed that so-called witches had entered into a pact with the devil.

In addition, it was espoused that these men and women (predominantly women), never worked alone. Subsequently, when a ‘witch’ was believed to have been found in a town or village, a hunt for more would immediately commence. And, usually, the pursuit would not stop until several other ‘witches’ had been found.

Before 1590, witchcraft was illegal in Scotland. However, very few people were prosecuted or punished for the crime. So, 1590 was the big year of change in Scotland. Why? Well, in that year, more than three hundred people were believed to have gathered to plot the king’s assassination.

Charged with treason, this large group, which become known as The North Berwick Witches, had allegedly made attempts to summon a storm, while the young king was at sea. They were also accused of burning a wax effigy of James.

It's worth mentioning that the confessions of the North Berwick witches were extracted under torture.

Nevertheless, no doubt made a little paranoid by the trial, James began to be obsessed with witchcraft and set about learning everything he could on the subject.

An 'Expert' on Witchcraft

Following seven years of study (and I use the term loosely), James considered himself to be something of an expert. And produced a pamphlet, entitled ‘Daemonologie’ [sic]. This 80-page document, was to become a key part of the European debate over witchcraft.

It’s also worth mentioning that in the years between 1590 and 1597, James seems to have actively encouraged the persecution of witches.

A fine case in point is the trial of Mary Napier, in 1591, who was accused of “consulting with a witch” (the first time someone had been tried for this particular crime). During the trial, Napier told the court that she was pregnant.

King James took a rather less than impartial interest in her case, and demanded that this be verified. He told the court that if she was found not to be pregnant that she should be burned. Mary Napier was eventually acquitted; something that enraged James.

However, things were a little different south of the border. Despite what we’re lead to believe about persecution and burnings, relatively few witchcraft trials took place in England - one famous example of the few that were held is that of the Pendle Witches, in 1612.

In fact, many English people, particularly those in London, didn’t really believe in witches and tended to view it as a joke.

So, when James was crowned in England, in 1603, not only did he refute allegations that he had persecuted witches, but he also began to retreat from the subject altogether; finding it something of an embarrassment.

Nevertheless, James’ legacy in promoting the hunt for witches in Scotland lived on. For many years, there were approximately 20 witchcraft trials held every year, and around half of those tried were executed.

Thanks to sneering from English intellectuals, James, eventually, came to the opinion that belief in witchcraft was a sign of an uneducated, unsophisticated society (rather insulting to his native Scotland) and moved onto other philosophical and intellectual pursuits.

Cold comfort to the hundreds of men and women who were tortured and killed thanks to, what turned out to be, (publicly at least) a fickle fascination.

Can't disagree with you, Jo. So much of Macbeth was clearly designed to flatter James (Banquo and the 'you shall beget kings' and all that jazz). Perhaps it's just a little flight of fancy of mine to think that Shakespeare would have been brazen enough to have a cheeky dig, too.

I'm going for flatter. It was a bit dangerous then to be out of favour with the monarch. Shakespeare had kept Elizabeth on side with allusions to the fairy queen. Now he was playing straight into the new king's tastes.

Scary reading, indeed. Lately, I've wondered whether the witches in Macbeth were an attempt to flatter or perhaps an opportunity to have a crafty little mock. Dangerous territory, I know, but it's possible, given the general feeling about witches in London.

James was still secretly obsessed with witches, until his death. Good, old Shakespeare sussed that one big time. Hence he wrote plays like Macbeth, with its emphasis on three witches, just to impress the new king.

I've got the Daemonologie here. It makes for very scary reading, especially since it's known that the author believed every word!

Thanks Terri. You're right about poor old Katharina Kepler - the 16th and 17th centuries were not a good era for anyone who seemed slightly 'odd' to others. I find it fascinating and horryfing in equal measure. But, yes, it wasn't anywhere near as prevelant in England as people think. I believe the idea that villages were 'ducking' every woman with a wart came from the media of the day, which blew things out of proportion. Not much has changed there then!

I enjoyed that. I've just read a book that talked about Kepler's mother being tried for witchcraft which was an odd juxtaposition. Interesting that the English mostly didn't believe in witchcraft. They seem to believe all sorts of supernatural nonsense these days!

The year 1647 in Britain saw an attempt to ban Christmas. So what happened? 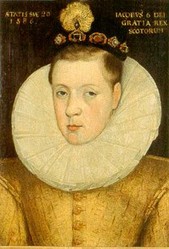 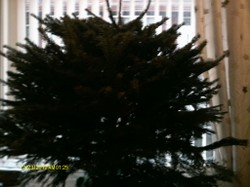