Was Charlotte Bronte Jealous of her Sister Anne?

Did the great Charlotte Bronte suffer professional envy over the success of her youngest sister's work?

Although it may not seem like it today, all three of the Bronte sisters were radical for their era, penning work that shocked and, in some cases, scandalized polite early Victorian society.

Charlotte's work may have been somewhat tamer than that of younger siblings Emily and Anne, but she still dared to shake the foundations of propriety. So what possible reason could she have had to suppress Anne Bronte's masterpiece: The Tenant of Wildfell Hall?

Could good old fashioned jealousy have been at play?

What is The Tenant of Wildfell Hall About?

And why did it cause such a stir? 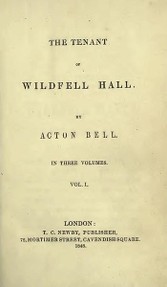 Originally published in 1848, under the pseudonym Acton Bell, The Tenant of Wildfell Hall was Anne Bronte’s second and, sadly, last novel.

It explores the mysterious life of Helen Graham (Huntingdon), who violates Victorian social convention, and law, by taking her son and running away from an alcoholic and abusive husband.

The novel quickly gained notoriety, and was considered both scandalous and shocking.

And as has been the case for all ‘shocking’ literature throughout history, the novel was instantly and phenomenally successful.

However, in 1850, shortly after Anne’s death, her sister, Charlotte, prevented a republication of the novel.

The Tenant of Wildfell Hall in Paperback

Why did Charlotte Bronte Block the Republication of The Tenant of Wildfell Hall?

Was she trying to protect her sister from scrutiny and criticism? 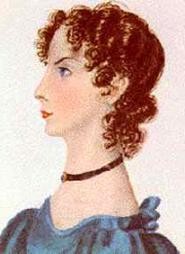 Some have suggested that a republication of the novel, which would bear Anne’s own name, rather than her pseudonym, would have prompted a further critical and moral onslaught regarding the novel’s content.

And this seems plausible enough, until one considers that Wuthering Heights, Emily Bronte’s only novel, was due to be republished at the same time and Charlotte was happy for this to go ahead, even though it too was subject to unfavourable criticism regarding its ‘scandalous’ content.

There’s no reason to assume that Charlotte favoured Anne and was, therefore, unconcerned by the prospect of Emily’s memory being tarnished.

So, anxiety over her sister’s reputation becomes a less likely motivator.

Did Charlotte Bronte Have Other Reasons to Suppress Anne Bronte's Greatest Work?

The suppression could, of course, have been prompted by the fact the issues of The Tenant of Wildfell Hall were a little too close to home.

The Bronte sisters’ brother, Branwell, had become dependent on alcohol and slipped into a life of debauchery that, ultimately, led to his death at the very young age of thirty one.

It is possible that Charlotte believed the tale of a violent, alcoholic was portrayed by Anne in an entertaining rather than cautionary fashion. If this were the case, it could account for her decision to suppress the novel’s reprint.

The BBC's Dramatization of The Tenant of Wildfell Hall

Maybe it Was Jealousy

However, there is another theory muted by Bronte fans, critics and academics: Charlotte Bronte suppressed The Tenant of Wildfell Hall, because she was jealous of her young sister.

As the baby of the family, Anne is described by her sister as being the, “cherished and protected little one.”

It is possible that Charlotte found it difficult to reconcile this view of her ‘little’ sister with the independent young woman with a talent that rivalled (and perhaps even surpassed), that of her older sisters’.

How Anne Bronte Became Lost in the Shade of Her Sisters 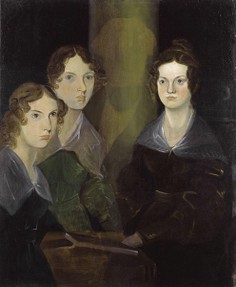 Whatever the real reason behind Charlotte’s refusal to republish the novel, over the following five years the works of Charlotte and Emily (specifically Jane Eyre and Wuthering Heights) continued to be printed and lapped up by readers.

The result was that Anne Bronte was left in the shade of her sisters and, to this day, she is the ‘bridesmaid and never the bride’ of the Brontes.

By the time The Tenant of Wildfell Hall was republished, some six years later and in a significantly edited form, its initial success had been largely forgotten.

Sadly, it was no longer seen as the groundbreaking literary work it had once been.

Whether deliberate or not, Charlotte's actions made sure that Anne was, and continues to be, the lesser known Bronte sister.

Thanks Kathleen for your kind words, very glad you enjoyed the read.

Hi, Jo! It is one of those wonderfully intriguing things that will always remain a mystery: why did Charlotte suppress the reprint? Would love to know what was going on in her head at the time.

Wow! I seriously hadn't considered it in this light. Certainly much school for thought there.

Fascinating article. I have learned something new. Thanks! 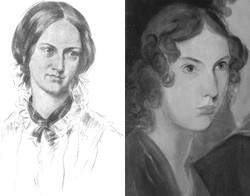