A few of the most famous quotes.

Reading quotes is a great way to pick up some lessons about life that would normally take the average person decades of life experience to finally realize. Not all quotes will apply to you of course. We all live different lives, have different beliefs and values, and see life through different perspectives. These famouse quotes about life not only are from people who are well-known but are also ones that the majority of us tend to agree with. I've added my own interpretations under each one just for fun.

"You must be the change you wish to see in the world." - Mahatma Ghandi

This is probably one of the most famous quotes around. In order to see a change, you must not look outward, but inward. There was story of an individual who was on his death bed. He reflected upon his life and told his loved ones that when he was younger, he tried to change the world. As he got older, he found that approach to be ineffective so he tried to change his country. That didn't work so he then focused on trying to change his state. As he got wiser, he tried to change his community. On now on this death bed does he realize that if he had only started with himself. Then perhaps that change will influence the peopel in his community and riffle out to his state, then the country, then the world

"A lie gets halfway around the world before the truth has a chance to get its pants on." - Winston Churchill

If you lie, your words will travel quickly. This is perhaps because lies are much harder to control especially if it involves something negative since it seems that most people are more interested in bad news than good. The lesson is to be truthful and honest. It's a lot easier to control.

"A wise man changes his mind, a fool never will." - Spanish Proverb

We humans all have this level of pride. It's hard to change your direction or stance on something if you've believed it for so long. The evidence can be right there in front of you, proving you wrong. You can continue to be stubborn and hold onto your old beliefs and never move forward or you can abandon them and free yourself.

A lot of people complain and whine about how life has treated them so badly. The reality is that life kicks all of us around. Sure, some get a bigger beating than others but we all go through challenges and setbacks. The key difference in the lives of those who prosper and the lives of those who come to a halt is the decision they make about what they are going to do with their circumstances. As another famous saying goes, "It's not what happens to you that matters, it's what you do about it."

"Our greatest glory is not in never failing, but in rising up every time we fail." - Ralph Waldo Emerson

Having setbacks here and there is unavoidable in life. Your focus shouldn't be on never failing. Focusing on that would only freeze you from ever taking action. Instead, have a mindset where even if you fall 100 times, you will still get up. Success in life comes down to standing up just 1 more time than you've fallen.

"Only put off until tomorrow what you are willing to die having left undone." - Pablo Picasso

Every day, hundreds of people are kills in car accidents. You can bet that those people didn't wake up that morning knowing that they were going to die. No one knows how long they have left to live. For that reason, if something is important to you, work on it now. It's easy to think that we have plenty of time to do the things we really want to do but life has no certainty except for death. If you were to "go" tomorrow, what would you do today?

"Success is simply a matter of luck. Ask any failure." - Earl Nightingale

It's easy to see successful people after they have gotten to that point in life and think about how lucky they are. Many people look at actors and athletes and think this all the time. However, realize that most of those people got "lucky" through hard work. The years of sweat and tears is how the got their "luck". Failures love to accept luck as the factor of one's success but they aren't too quick to own up to their own failures.

Trying and failing is a norm in life. If you don't try, you don't succeed. If you try, you may fail, but you may also succeed. The lesson here is to try.

Who hasn't heard of Nike's famous quotes: Just Do It!

The message is simple. Whatever it is you want to do with your life, do it. Take the risk. Life is about moving forward, not cowering your life away.

Chasing Butterflies, or Living in the Moment

Some thoughts on living in the moment (carpe diem), with a handful of inspira...

Musings on Some Inspirational Quotes about the Past, Present, ...

Motivational and inspirational quotes from Pinterest about getting over the p... 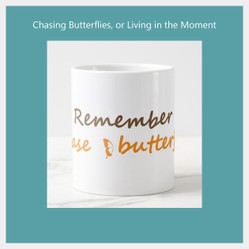 Chasing Butterflies, or Living in the Moment

Some thoughts on living in the moment (carpe diem), with a handful of inspirational life quotes around the theme of prioritizing love, beauty, and the feeling of flow.
88%  11   8 Mira
Inspirational Quotes 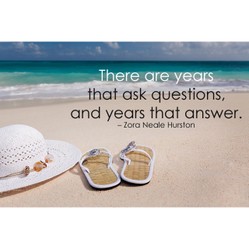 Musings on Some Inspirational Quotes about the Past, Present, and Future (Part I)

Motivational and inspirational quotes from Pinterest about getting over the past, living in the present, and shaping the future. They can give you many ideas for Zazzle.
Loading ...
Error!