American stand-up comedian Don Novello created the character of Father Guido Sarducci after purchasing a priest's costume at a thrift store in 1970. Novello played the part of a chain-smoking, sun glass-wearing priest who has his own ideas about religion and the people who worship. Father Guido Sarducci appeared on television shows in the early 1970's such as Rowan and Martin's Laugh-In and The Smothers Brothers Show. While he was a writer on Saturday Night Live, the producers decided to give him a skit of his own on the Weekend Update segment, as Father Guido Sarducci. That's how I remember him, on Saturday Night Live. Maybe you do too!

Father Guido Sarducci's television career has spanned decades. He's appeared on such shows as Blossom, Married...with Children and Unhappily Ever After, just to name a few. After leaving Saturday Night Live Sarducci returned several times as the guest host. In 2005 he appeared on MSNBC's Countdown with Keith Olbermann to discuss his Da Vinci Code Decoder Ring and in 2010 Sarducci appeared on The Colbert Report to discuss the interview he conducted with Glenn Beck at the Vatican.

This is one of Father Guido Sarducci's funniest skits...at least I think so. It's his solution for an affordable education...

The 5 Minute College Education for $20!

Available in several formats at Amazon

In addition to recording two comedy albums Breakfast in Heaven and Live at St. Douglas Convent, Father Sarducci has recorded with Joe Walsh, been in a Jefferson Starship video for the song 'No Way Out', portrayed a priest attempting to perform an exorcism in the movie Casper. Also appearing in Casper was fellow SNL cohort Dan Aykroyd in his Ghostbuster role.

The year was 1981 when Father Guido Sarducci visited Vatican City wearing his priest costume. He was there with a photographer from Time magazine doing a photo shoot. They were taking pictures in an area where photography is prohibited, and they were both promptly arrested by the Swiss Guards. Novello/Sarducci was charged with impersonating a priest. The film was confiscated from the photographer and the charges were later dropped.

Do you remember Father Guido Sarducci?

It was just a name from his (Don Novello) imagination.

candy47, Thank you for the biography: this is all new to me. Do you know why he chose the name for his character?

A feel good movie with a great soundtrack. It's a funny rock and roll tale a...

Las Vegas and the Mob

Las Vegas was better when the mob ran it. Or was it? Depends on who you tal... 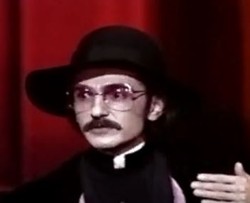 A feel good movie with a great soundtrack. It's a funny rock and roll tale and the kids are priceless.
26%  2   3 candy47
Swindles, Scams, and Frauds 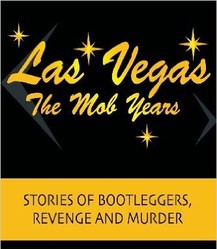 Las Vegas and the Mob

Las Vegas was better when the mob ran it. Or was it? Depends on who you talk to...
Loading ...
Error!