What do you know about fauns? Yes, fauns, not fairies! And fauns, not little deer - they're fawns!

Fauns are one of the lesser known types of mythical creatures. They're not as scary looking as dragons, nor as beautiful as unicorns. They are a kind of chimera - a composite creature - in this case part human part goat. Yes, goat. Not quite as romantic as the centaur that is part human part horse, nor the enticing part human part fish creature known as the mermaid.

So, where do fauns come from and what are their special characteristics? Read on to find out!

Image of Faun from Wikimedia Commons.

The origin of fauns

The first fauns were mentioned in Greek and Roman mythology.

They lived in forests and in Greek mythology were associated with the Greek God Pan. Pan was the god of fields and forests and was connected to fertility. He is also the creator of the pan flute - an ancient musical instrument made from several pieces of reed or bamboo joined together.

At some point fauns were connected to satyrs, although originally they were different creatures. Satyrs were also companions of Pan and depicted with goat-like ears and tails. They were loves of wine, music, and women.

In Roman mythology there was a horned god called Faunus and a goddess (either his sister or wife) called Fauna. The fauns were their followers.

Fauns in later literature appear as human from head to waist and goat from the waist down, except that they also have goat horns on their heads. Quite strange really!

Generally they are connected to nature, particularly the forest, and seem to be some kind of spirit that can be helpful to human beings, or a hindrance, unpredictably. Travelers were said to encounter them in lonely places, far from human habitation. Their tales tended to inspire fear.

So I suppose you never know what kind of faun you'll be meeting!

L'après-midi d'un faune ("The afternoon of a faun") is a poem by the French symbolist poet, Stéphane Mallarmé. Written in 1987, the poem is a description of a faun's sensual experiences with several nymphs.

Claude Debussy created his famous prelude based on this poem. It features the flute introducing the faun's theme with other woodwinds supporting and harmonized by muted horns, harp, and strings.

The piece was also made into a ballet, Afternoon of a Faun, by Vaslav Nijinsky, who danced the part of the faun himself. In the original staging of the ballet the dancers were presented as part of a large tableau reminiscent of an ancient Greek vase painting The production was controversial, although Nijinsky's performance as the faun was considered extraordinary.

A faun is featured in C. S. Lewis' incredible fantasy series, The Chronicles of Narnia, particularly in The Lion, the Witch and the Wardrobe. This faun, Mr. Tumnus, is the first creature Lucy Pevensie meets on her initial visit to the magical land of Narnia, which she enters through a special wardrobe. The series is written for children, but for adults too. Indeed I remember reading this book as a child and realizing I should re-read it as an adult to see what more understanding I would gain.

Back to the faun, though. Mr. Tumnus is a key character in the book The Lion, the Witch and the Wardrobe. In fact C. S. Lewis apparently said that his first image of Narnia was in the form of a faun carrying an umbrella and parcels through a snowy wood. That faun was Mr. Tumnus.

Mr. Tumnus befriends the young Lucy, and appears to be a kind, gentle soul. However, when he plays his flute Lucy falls asleep. He then wakes her up and admits that he had ulterior motives (handing her over to the White Witch) when he invited her to his home for tea.

In the book, and the animated movie directed by Bill Melendez that I have watched numerous times with my daughter, Mr. Tumnus is portrayed as a kind faun, forced by the White Witch to try to capture any humans who enter Narnia, but innocent.

In a later movie version, Mr. Tumnus is played by James McAvoy whose performance elicited some controversy, with some suggesting his faun was less innocent and somewhat suspect in his relationship to Lucy. In my opinion, James McAvoy did a great job (love him as an actor anyway!) and his Mr. Tumnus was a delightful faun.

The faun in "Pan's Labyrinth"

Now this faun is really quite weird! Actually, the whole story is weird - it's called "dark fantasy" and it's a Mexican film set in Spain in 1944, during the early Francoist period after the Spanish Civil War. It's definitely influenced by the magical realism genre, although I'm not a fan of that. But I did love this movie - perhaps because of the faun!

Anyway, this faun is not the classic half-man half-goat creature, but rather comes from the imagination of the writer, Guillermo del Toro. The faun, which del Toro denies is actually the god Pan, despite the title of the movie in English - it's El laberinto del fauno, ("The Labyrinth of the faun") in it's original Spanish, is a goat-faced creature that appears to be formed from earth and moss and tree bark.

It's not clear to me whether this faun was originally more human/goat like and became this way through the course of the tale. That's certainly possible since the movie spans a long time period and involves a transfer from the fairy tale underworld to the human world. In any case, this faun is a strange mixture of sympathetic and devious, facilitating and yet somehow hindering the course of the girl in returning to her eternal life as a Princess in the underworld.

On reflection, I really have to watch this movie again to understand this faun!

Are you a fan of fauns?

Which is your favorite?

What do you think about these fauns?

Thanks for your comment! Indeed, there are numerous other creatures, deities even, that are part human part animal. Following the Greek tradition they would all count as chimeras. In my understanding, the faun's animal part is goat. Not the most attractive animal maybe, but there you have it. Part cobra or part crocodile, now that's a scary thought!

Great Article, but I am surprised you didn't mention any Egyptian deities. Anubus (Jackal), Bastet (Cat), Khnum (Ram), Maahes (Lion), Meretseger (Cobra), Ra (Falcon), and Sobek (Crocodile). Are we limiting our definition of "faun" to head of human/body of an animal? The Egyptians reversed this in their mythos. Head of an animal/body of a human. And if we extended our definition further, how about the hybrid toys in Toy Story 1 created by the evil boy next door. Could we classify them as "fauns"? I know, I know...I should stick to doing my silly recipes. LOL

Your welcome! I do love the Narnia Chronicles and Mr Tumnus is fun - he plays flute too!

jptanabe, Mr. Tumnus definitely serves as a charming representative of fauns; he's one of the many nice touches that makes The Narnia Chronicles such a timelessly endearing work of art.
Claude Debussy's "Prélude à l'après-midi d'un faune" is a piece which I loved in childhood, and I still love it.
I especially love the connection of fauns with the wooded environment. It's charming that they play flutes, which can be reminiscent of the wind whistling through trees.
Thank you for a nice presentation on fauns.

Mmm, I don't think fauns are from the dark side. They are connected to nature - trees, plants, and so forth, living in forests. But they could be corrupted by evil people of course!

I wonder whether they are related to the darker side - and for Halloween.

Yes, I like to find the good in these mythical creatures.

Dear Jennifer,
I love myths and tales of fairies. Fauns are "in between" as you stated, nevertheless they are good creatures. Harry Potter movie had a similar character who saved his life more than once.

Fairies are humanoid mythical creatures, probably the most commonly known of ... 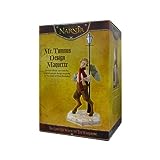 The original horse with wings was Pegasus, a creature in Greek mythology that helped Bellerophon slay the fearsome Chimera.
57%  10   4 jptanabe
Faeries 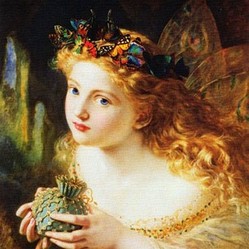 Fairies are humanoid mythical creatures, probably the most commonly known of those that appear in tales of legend and fantasy, otherwise known as fairy tales!
Loading ...
Error!