Check out jewelry inspired by Anastasia Steele and Christian Grey! Information and images for Fifty Shades of Grey jewelry. 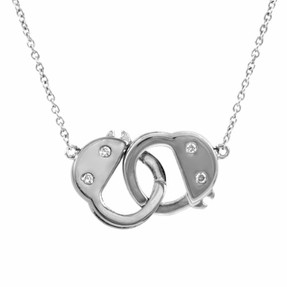 What is it about Fifty Shades of Grey that has sparked the interest of millions of readers around the world?  When I pose this question to friends who have read the book (and there aren't many who haven't) the answer inevitably falls into one of three categories.  The incredible love story of Christian and Ana, the raw, honest style of the writing and, of course, the scorching sex scenes!  As Christian and Ana fall in love, so to does the reader.  E.L James has created a love story with compelling characters that make you fall in love with them and leave you wanting more!  But not only that, she has wet the imagination (and the loins) with an erotic genre that many of her readers were previously relatively ignorant of - dominance and submission.

You can own quality imitations of Ana and Christains jewelry!

What Sould E.L James Write Next?

Do you think she should write a forth book in the Fifty Shades series?

In addition to Fifty Shades of Grey jewelry, there is a multitude of different Later's Baby clothing and decals available.  The shirts, car and wall decals and phone cases all feature Christians signature farewell to Ana - "Later's Baby".

The Later's Baby shirts enable wear your feelings on your sleeve - literally! Car decals and mobile phone covers also proclaim loudly to the world that you are a member of the Fifty Shades of Grey fan club.  And, whilst a little more private, wall decals can show your enthusiasm where it counts the most - in the bedroom!

Fans will be thrilled to learn that an official music soundtrack for the Fifty Shades Trilogy is now available.  Due to popular demand, Emi Classics has released Fifty Shades of Grey - The Classical Album.  The 15 track album contains a selection of the classical music referenced in Fifty Shades and hand-picked by E.L James.  It includes music composed by Chopin, Debussy, Bach and Verdi and will make a great listening experience to accompany reading - or reenacting - the book!

Fifty Shades of Grey has already had an impact on classical music sales with many of the pieces referenced in the books seeing an increase.  In fact, track 6 on the album, Spem in Alium, a 16th century motet for 40 voices by Thomas Tallis has even jumped to the top of the classical charts in the UK!

This shirt is another way to declare your love of Fifty Shades and Christian Grey.  The 'Property of Christian Grey' shirt is available on Amazon and is sure to be a favorite amongst fans.

Who does your Christian Grey fantasy look like and which actor do you think should be cast in the role?  Hot favorites have been Matt Bomer, Ian Somerhalder, Ryan Gosling and Channing Tatum.

Mmmm... property of Channing Tatum -  now that is a lovely thought.

With all the hype over the book and a movie on the way, we are sure to see plenty more Fifty Shades of Grey merchandise before long.  What else would you like to see available?  (Oh, and in case you are looking, Amazon has plenty to offer in the way of spicing up you sex life Fifty Shades style if you do a little search under the 'Health and Personal Care' category)!  In the meantime, you  might want to check out some books similar to 50 Shades of Grey!

Hmmmm I've never read the book have no plans of doing so. I don't begrudge those who have. It is amazing the vast number of women who seem to either be interested or enjoy such a prospect. I'll keep this page in mind for anyone who's interested. Welcome to Wizzley. :)K

Thanks Mira, It is a cute necklace isn't it! 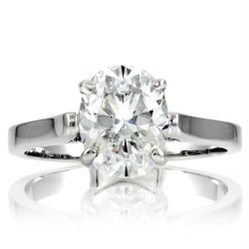 Sunflowers make for great jewelry. Here's a selection of sunflower necklaces, earrings, rings, and bracelets in silver and gold, along with some notes on sunflower symbolism.
100%  14   11 Mira
Rings

Some of these rings come with semiprecious or precious stones, like black and white diamonds, sapphire, marcasite, topaz, aquamarine, and citrine. They make great Christmas gifts.
Loading ...
Error!